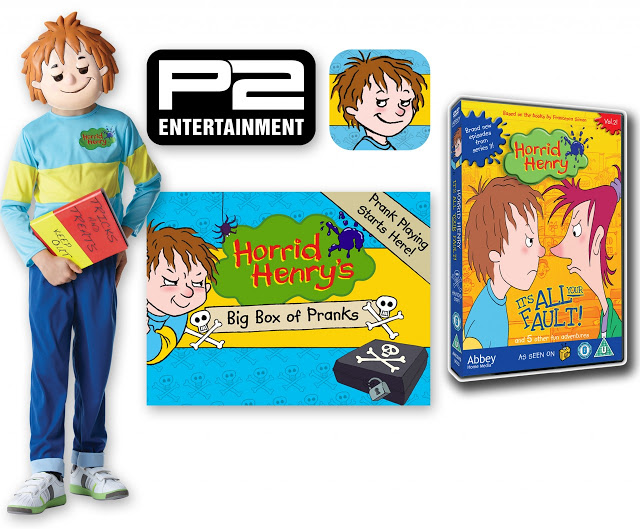 Horrid Henry was created by Francesca Simon with the first book  written way back in 1994. Since then a popular TV series has followed.

Henry is horrid. His family, teachers and neighbours all say so. If someones put itching powder in someones swimming trunks, sold their brother as a slave, or flattened all the tents on the family camping holiday, you can bet it’s Henry.

Henry is a naughty little prankster who is often faced with a dilemma. Each show consists of him trying to get out of it by using trickery, rule breaking and general naughtiness. Perfect Peter is Henry’s poor brother, who is the complete opposite to Henry. He’s kind, polite and nice to everyone.

Fans of the Horrid Henry books and BAFTA nominated TV series,  will be pleased to learn there’s a brand new app from p2games called Horrid Henry’s Big Box of Pranks, which is available iOS and Android devices for only £2.99. The app features a range of fun mini games which are based on Henry’s love of all things naughty!