On Sunday we attended out first NatWest T20 Blast cricket match at Emirates Durham County Cricket ground which happens to be very close to where we live.

As well as the match between Durham Jets v Leicestershire Foxes, the ground held their family fun day the same day.

For those of you who don’t know much about T20 , (also known as Twenty20) it’s cricket in a quicker format and the two teams have a single innings which are restricted to a maximum of 20 overs – it’s ideal if you’re taking children to watch with you. 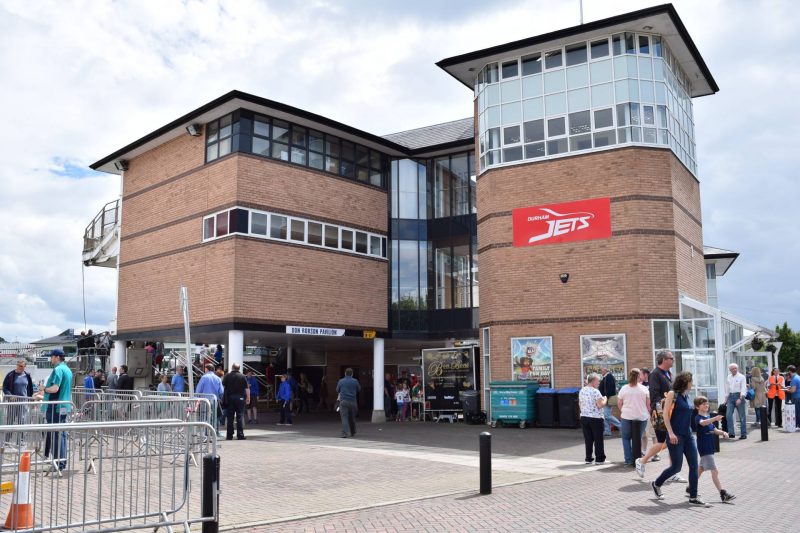 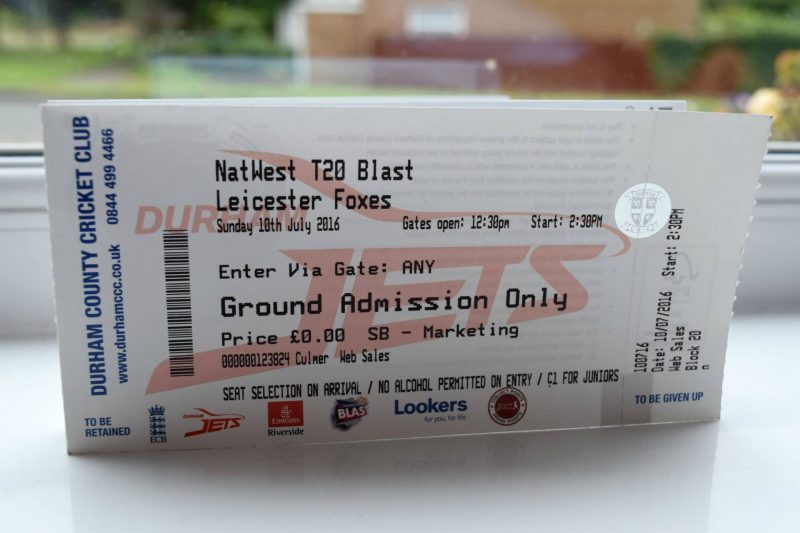 The ground opened at 12.30 – with the match starting at 2.30. Dotted around the grounds, outside the pitch there were a couple of activities taking place for kids, a bar and some food stalls offering hot food and ice creams. Prices we reasonable for an event with drinks being around the £4 mark and an ice cream costing £1.50. 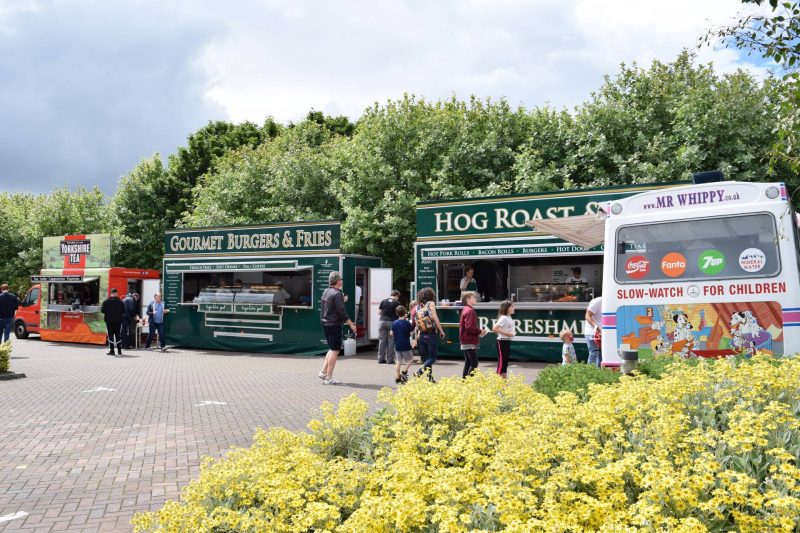 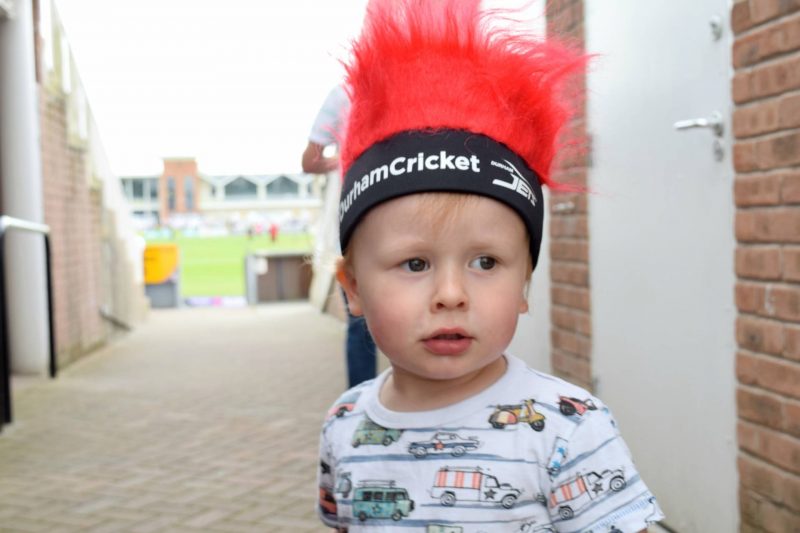 There were free hats and inflatibles available for everyone to pick up and wear during the game . The little man was very impressed with his hat. 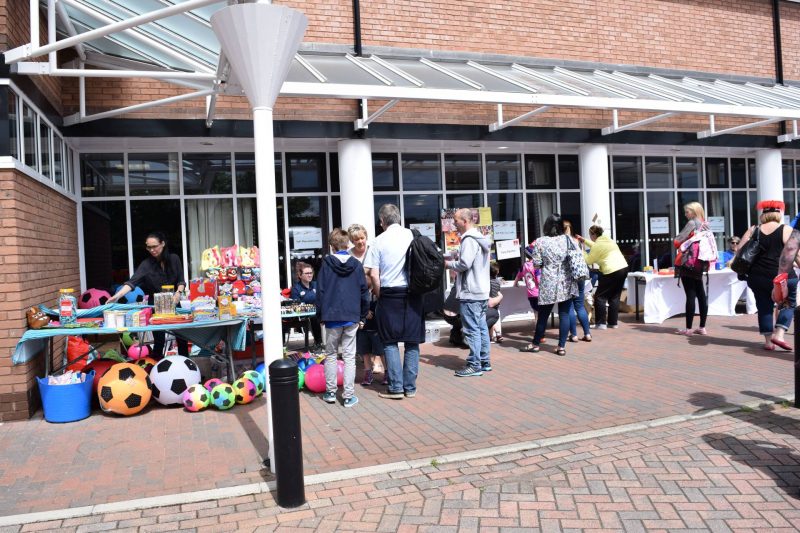 There were a couple stalls and a face painting table which we walked past around 5 times hoping to catch someone to paint the little mans face but never saw it manned which was a little disappointing. I’m not sure of there was an extra charge for this as there were no signs. I know some of the activities like the archery came at an additional cost, whereas the fairground rides and the bounce castles were free. 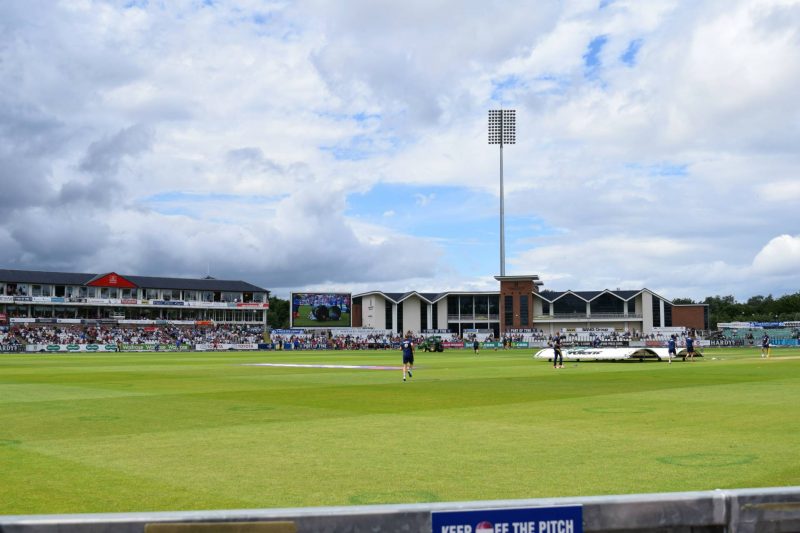 The weather was beautiful, despite some scary black clouds hanging over the ground early afternoon, the sky cleared and the sun shone through, allowing the match to go ahead. 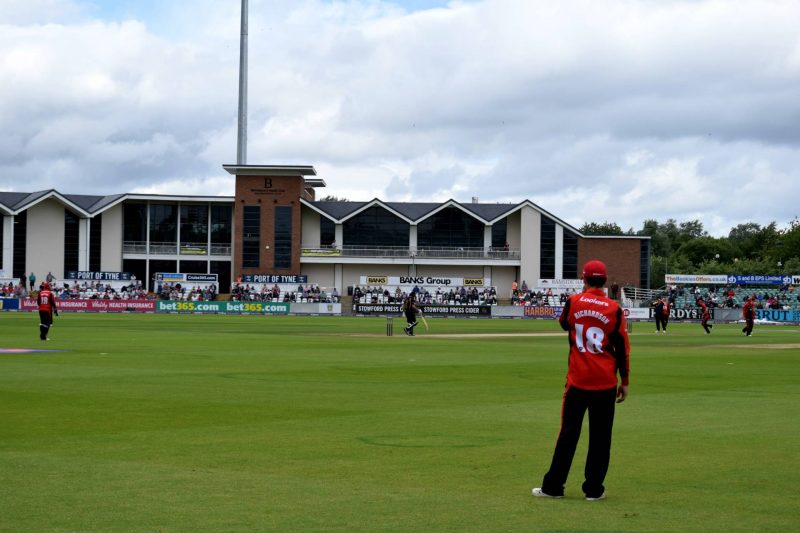 The mascot Chester the Lion was available to have photos taken with him and there some mascot racing at the side of the pitch before the match started. 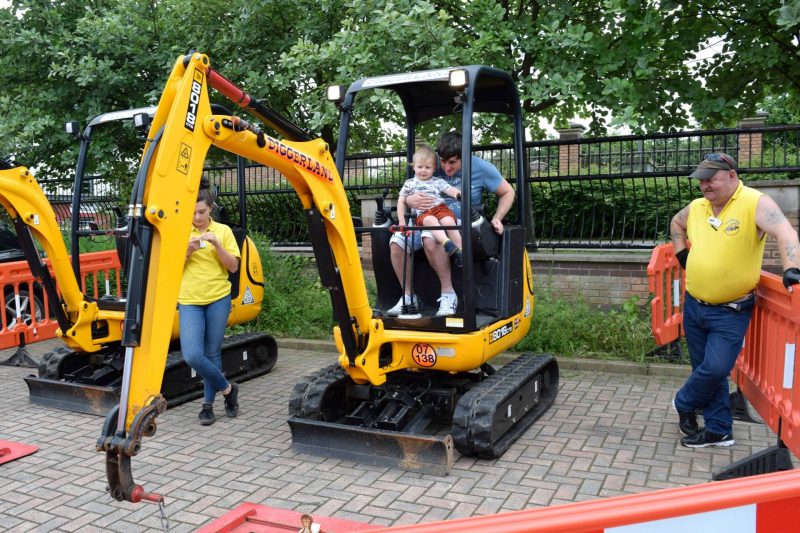 Diggerland had two of their diggers at the cricket ground which children were allowed to use for free. The aim was to use the swinging ball to knock over the metal pins in front of the digger. The staff from Diggerland we really friendly and great with the Little Man. He had two goes but would have happily stayed on their all day. 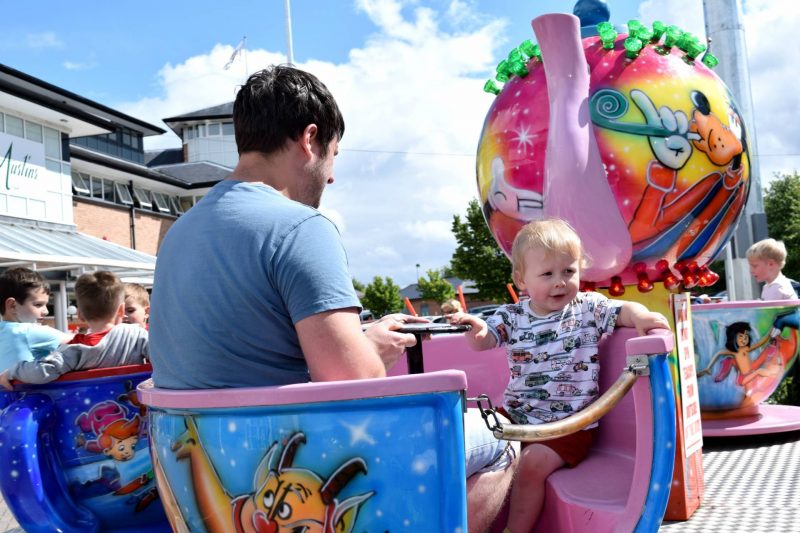 There were a couple of fairground activities for younger children – a teacup and saucer ride and two large inflatables. Each were free to use and the queues were pretty small. Staff were particularly friendly and pleasant while we were waiting FOR and using the equipment – which is always an added bonus.

We really enjoyed watching the cricket as a family and the lovely weather was an added bonus but we did find the children’s activities a little bit of a let down. It felt as though the ‘family’ part of the day had been a little bit of an after thought. We couldn’t find any timetables, the craft room and soft play could have been great, but there was nothing for the kids to actually make (the little man wasn’t interested in branded merchandise) and the soft play consisted of about 4 smallish pieces which wasn’t really enough for one child to play with.

I think if a little more thought and organisation went into the day, this would be a fantastic day out for the whole family.

*Our tickets were complimentary in return for an honest review