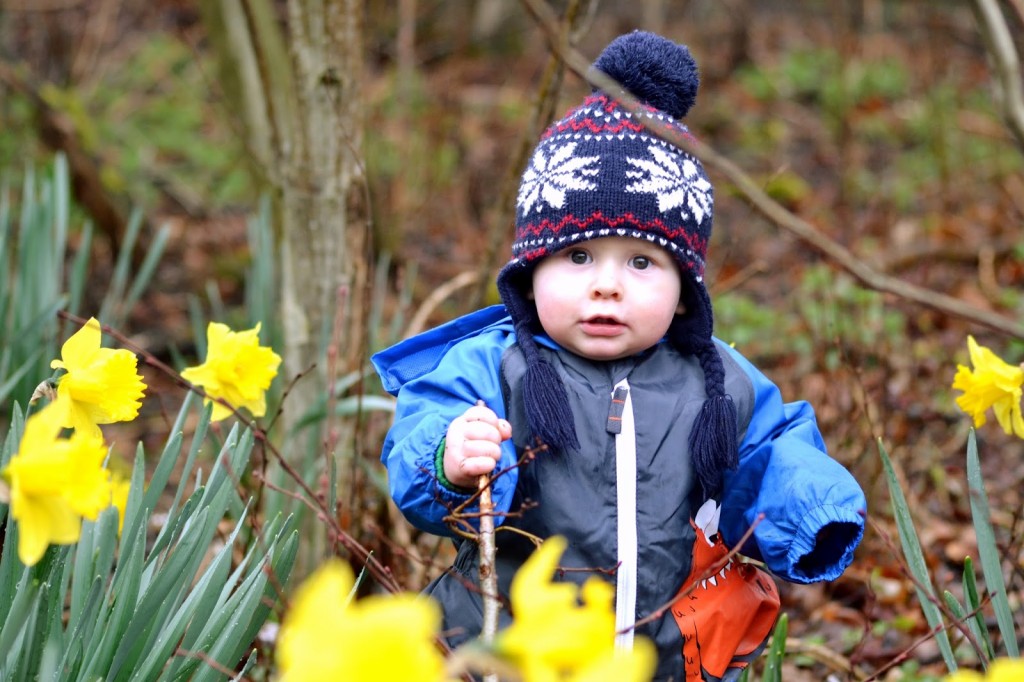 Another month has flown by.

Personality
He’s strong willed and fiercely independent. He wants to do everything himself. He walks every where now, and doesn’t crawl at all. It makes me sad that he’s no longer my little baby but I’m so proud of how quick he’s picked things up. He’s developing well and learns something new every day.

He’s loved playing in the garden in the last few weeks, we’ve had quite a few sunny days and he’s thoroughly enjoyed playing with his water and sand pit.

Every night he sits and watches for his Daddy coming home from work, watching intently over the back of the settee. His little face lights up when he sees his Dad coming up the drive.

He says – Da, Mam, Nan, Narna (banana), Hiya, Doy (dog) and Nine (the amount of ozs he has in his bedtime bottle).  He points to things in his books and waits for me or his Dad to tell him what they are, over and over and over!

He will point to his tummy and nose and sometimes points them out on others or his teddies. He will put his shoes and socks near his feet, clearly understanding where they need to go.

He hates nappy changes. I have no idea why they’ve become so traumatic, but it’s rare for him not to scream, struggle or cry. 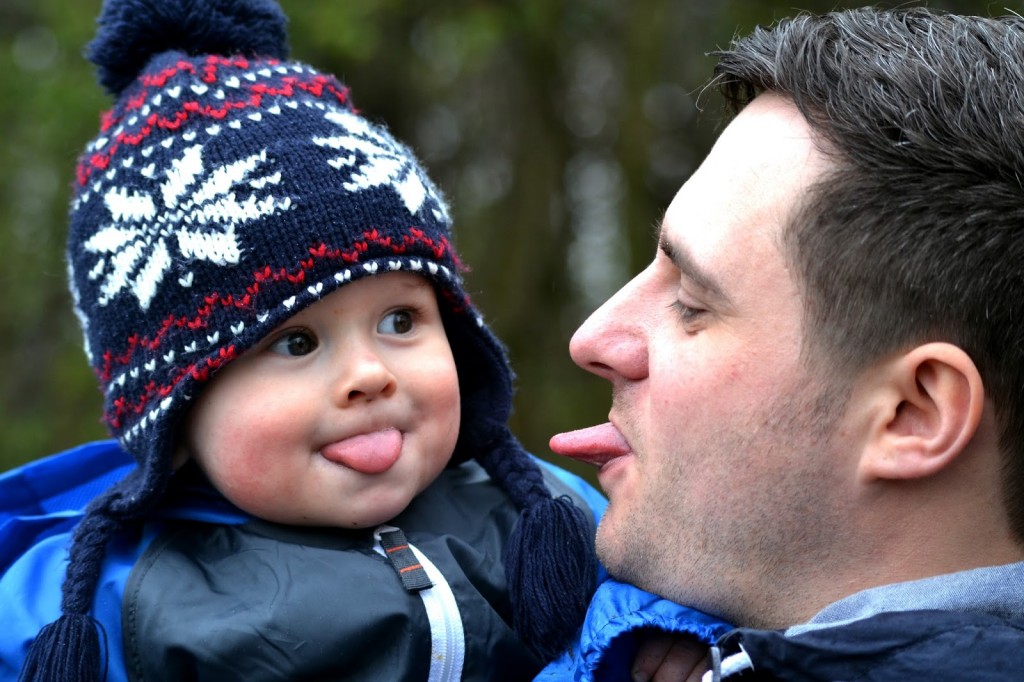 Health
He’s had a pretty good month. The only niggles we’ve had are more teeth coming through. Teeth number 7 and 8 are pushing their way through. 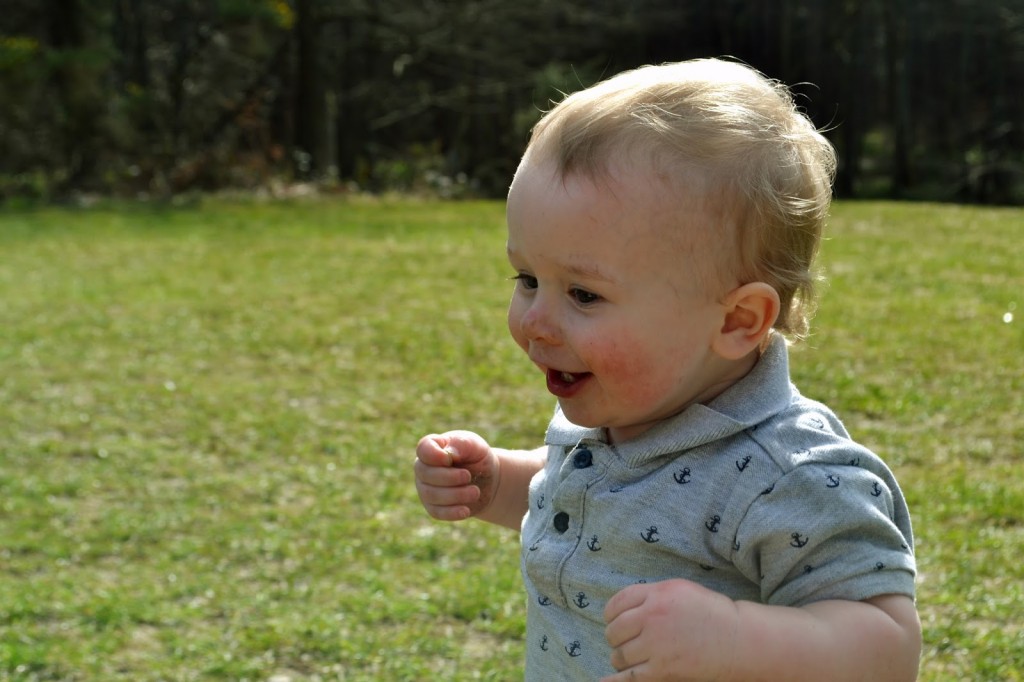 Feeding
His feeding is so much better. He eats without any issues most days now. He has taken to sitting at a little table and deckchair though and won’t entertain his highchair. We’ve been sitting outside for breakfast or tea when the suns been out and he will sit at his little table until he’s full. 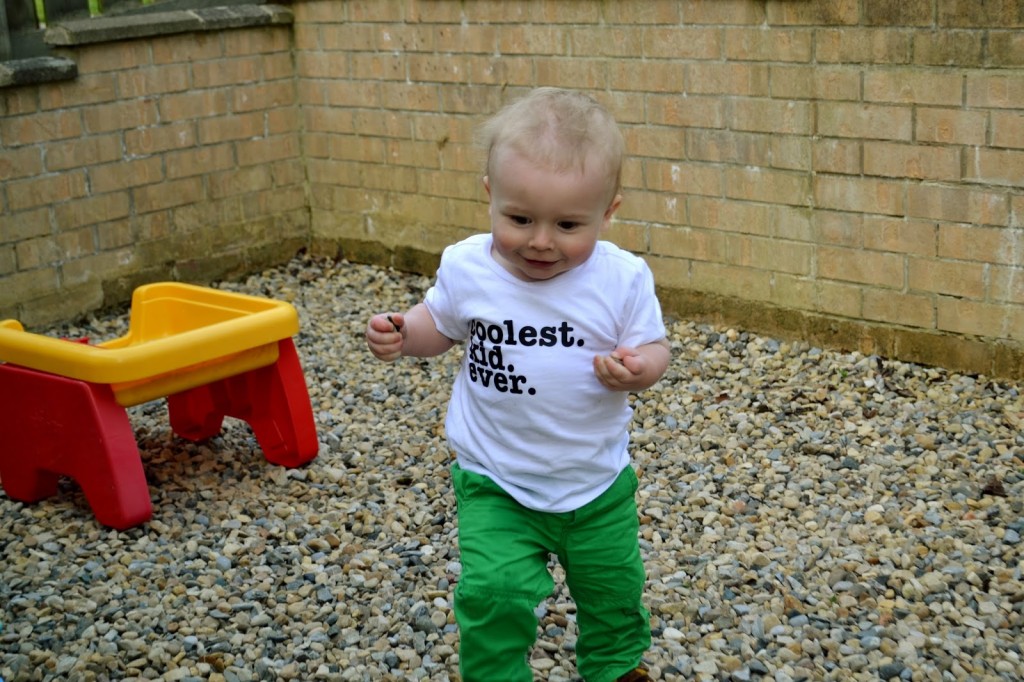 Sleeping
He’s sleeping much better too. Most nights he goes down much earlier and then goes through the night until around 7am. Hubby gets up with him on a night now which means I get more sleep. Perfect. He rolls round his cot and ends up in the craziest positions. He also makes noises and ‘talks’ in his sleep, often laughing and saying ‘Da’. 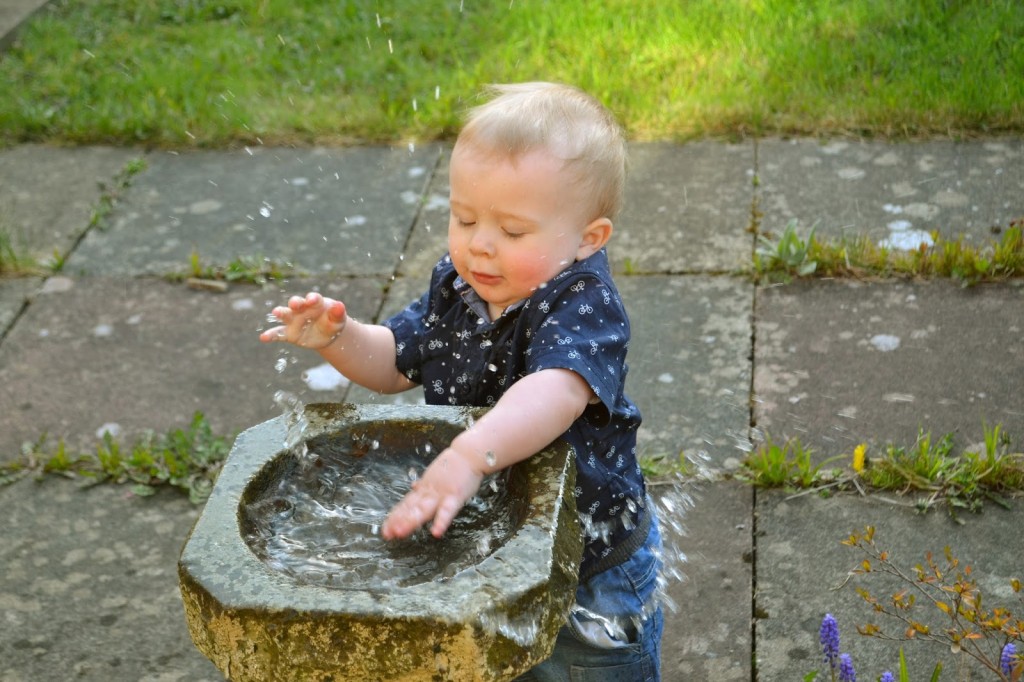 What we’ve done this month
I don’t feel like we’ve done a great deal this month. It’s been a bit stressful. My Mams very poorly in hospital, we’re having a nightmare with childcare and I feel like I’m running on empty.

We’ve managed to cram in lots of fun in the garden. The little man seems happiest when he’s playing in his sand and water trays. He’s got a little play house and loves looking through the windows and opening and closing the doors.