Following the record breaking success of the 2016 Dacia Magic Weekend, Super League (Europe) is delighted to announce that a 2017 event will be returning to St James’ Park, Newcastle, on Saturday May 20 and Sunday May 21.

The Dacia Magic Weekend is a special Rugby League event which is  returning to the city for it’s third year.  12 Super League teams will go head to head in 6 exciting games of Rugby League over the weekend of Saturday 20th and Sunday 21st May. 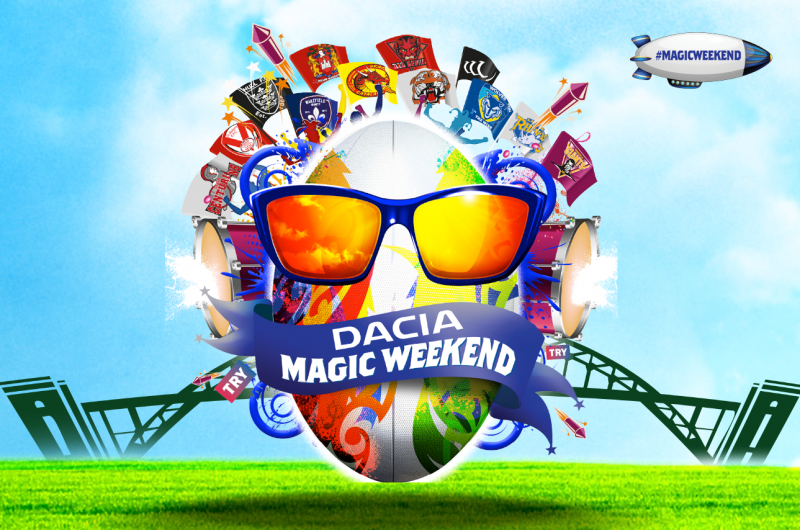 The fixtures for the Dacia Magic Weekend 2017 will have three Betfred Super League games taking place on the Saturday and three on the Sunday.

Catalans Dragons and Huddersfield Giants will start of the Sunday when they go head-to-head at 1pm and Leigh Centurions will have their first game at the Dacia Magic Weekend as they take on the Salford Red Devils.

The full schedule for the weekend can be seen below –

The event sounds like great fun for the whole family and one of my lucky blog readers has the chance to win a family ticket for the weekend.

To enter, complete the Gleam form below.

Prize is 1 family weekend ticket for the Dacia Magic Weekend event at St James Park on the weekend 20th-21st May 2017.

The winner will have 7 days to reply and accept their prize, otherwise another winner will be chosen.

The tickets will be sent or arrangements made directly with the PR company who are supplying the prize,