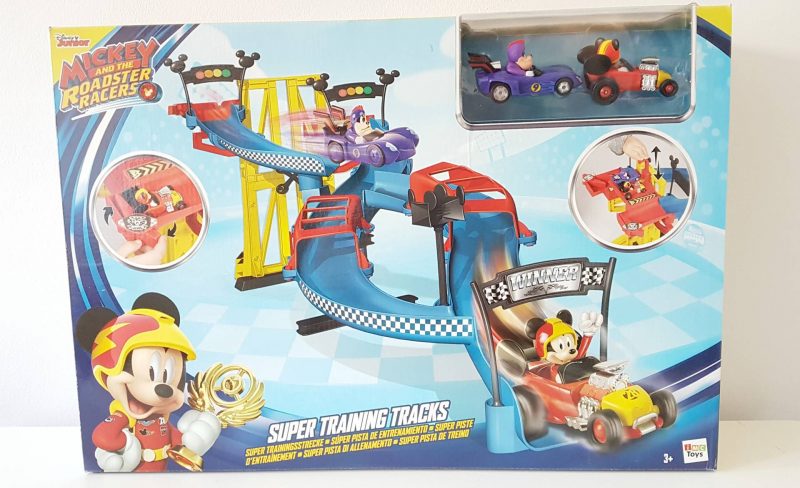 Mickey and the Roadster Racers Super Training Track is from IMC Toys and is a whopping 100cms in length and does take up a lot of floor space, which is worth noting before you decide to purchase. 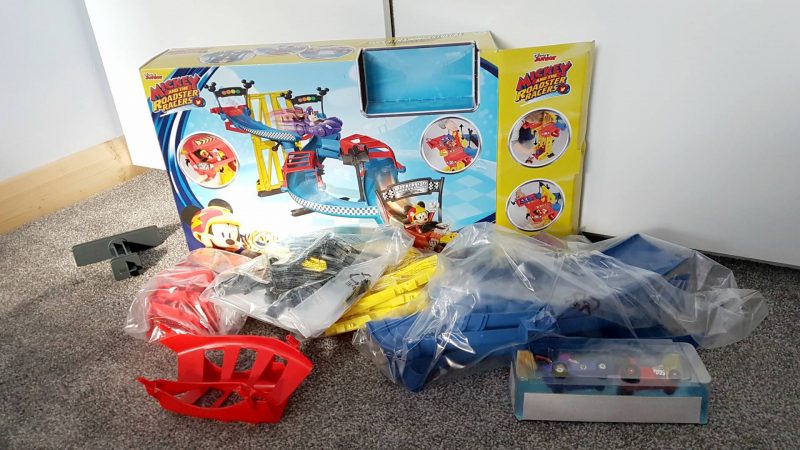 I’ll be honest, I didn’t find putting it together very easy. The box contains numerous bits and parts that need to be put together before your little people can play. After our experience, I’d suggest doing this before your child sees it! 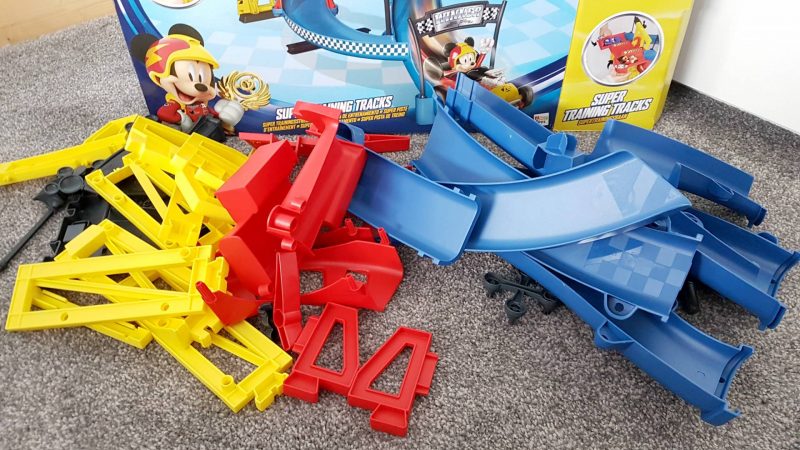 I found the instructions quite complicated and difficult to follow. Each part is labelled with a letter or number but there doesn’t seem to be a logical pattern to this. However, 45 minutes later, my ‘helpful’ toddler and I had finally constructed the track. I imagine Hubby would have been able to put it together quicker but I’m not particularly talented when it comes to toy construction! 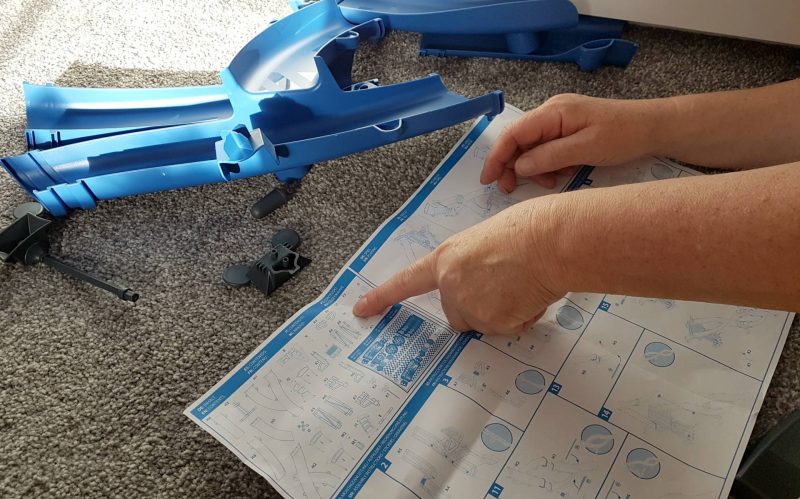 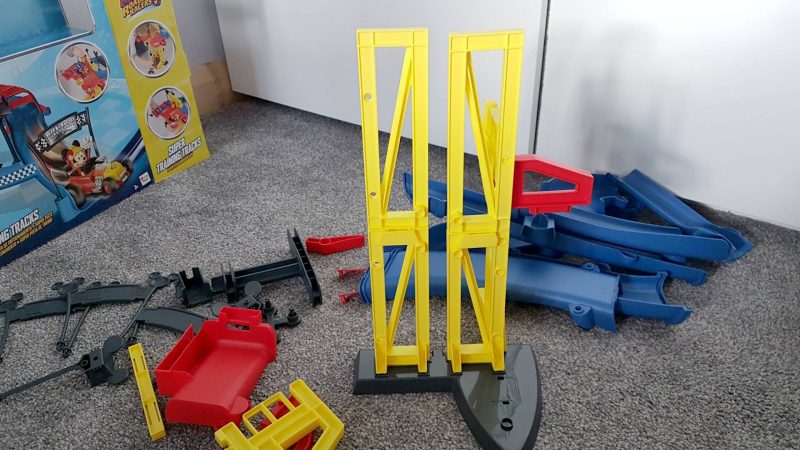 I do like the fact that the track doesn’t require any batteries so once you’ve built it, it’s ready to play with immediately. 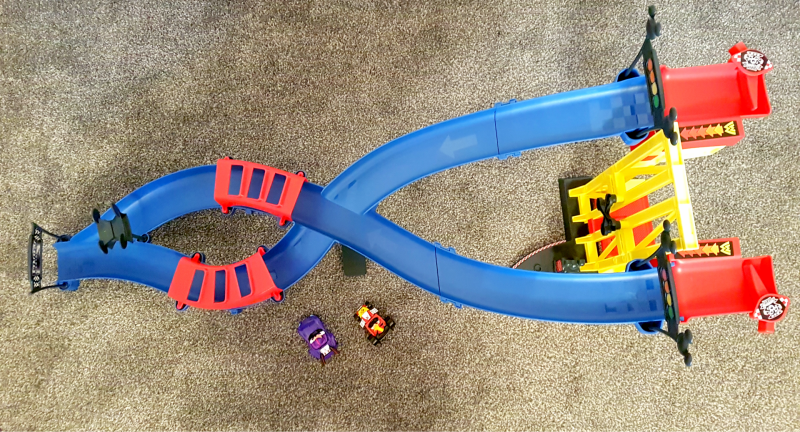 When you’ve built the track there are also stickers you can add to the track. The little man loved being able to help by adding the stickers himself – they’re perhaps not quite where they should be, but he is happy enough with how it looks. 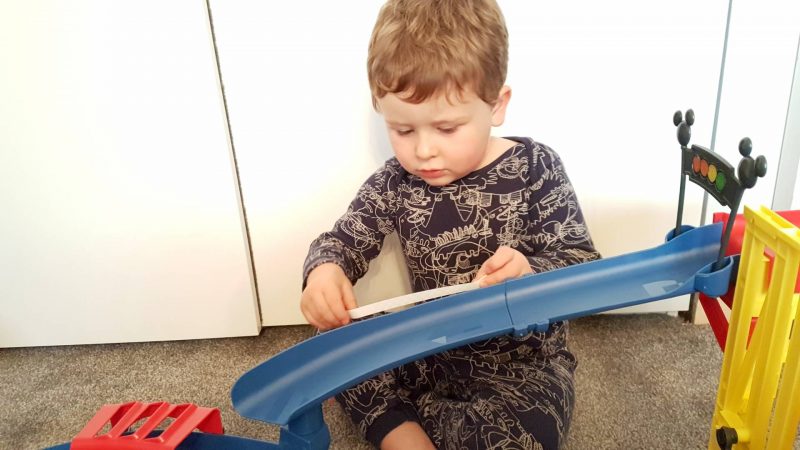 As I said, it’s big! It is also however, pretty sturdy and has been robust enough to withstand the little man leaning on it and racing various other objects down the track ways. 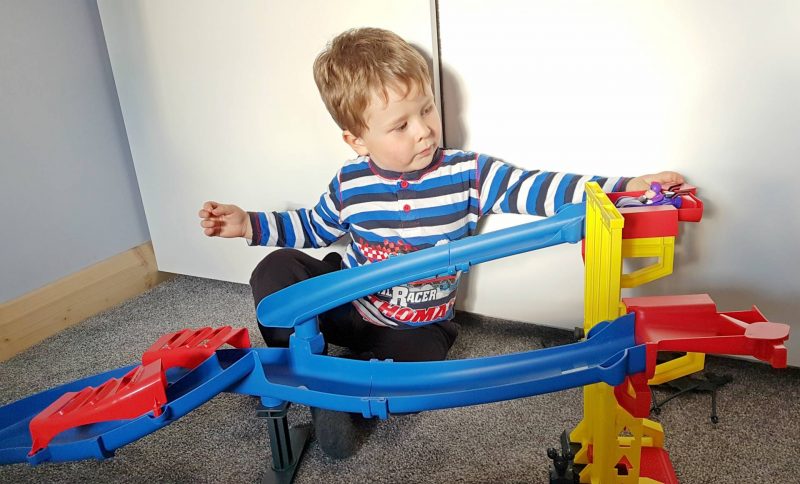 The little man loves the track and can race any of this smaller toy cars down the track. The fact it’s sturdy and brightly coloured makes it perfect for toddlers. 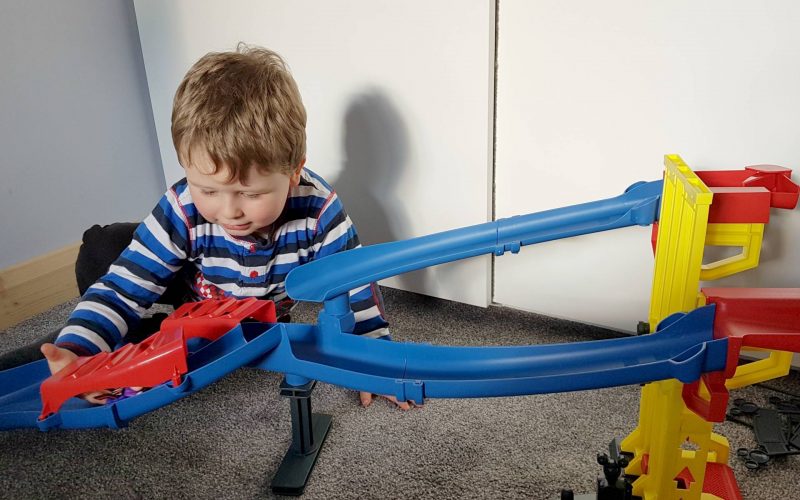 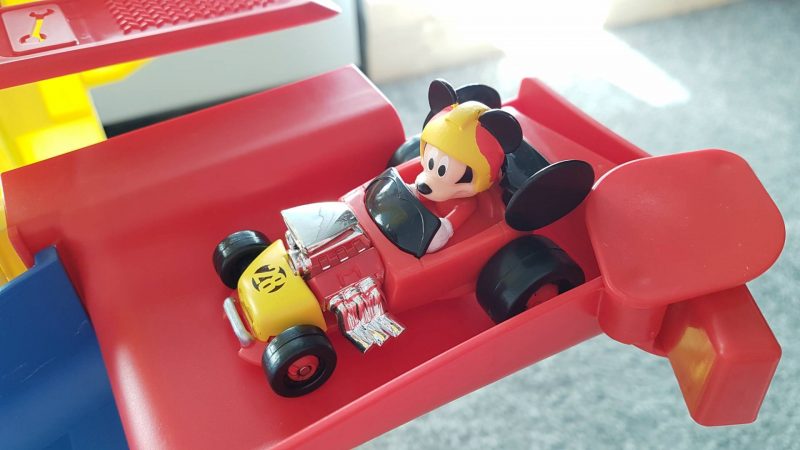 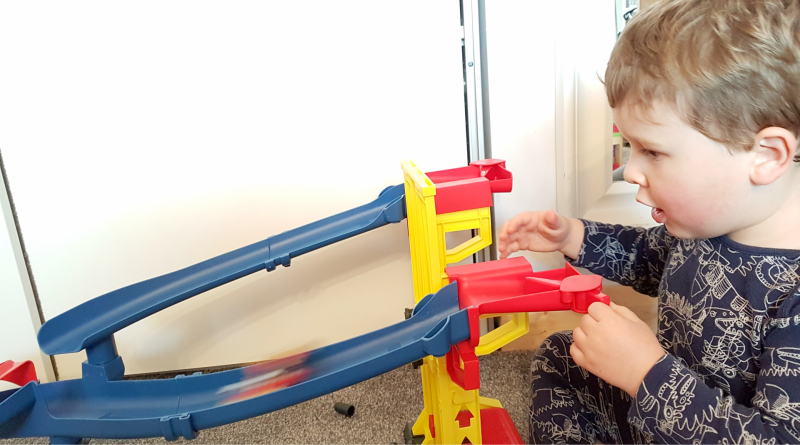 The little man has played with the track most days since it arrived and loves to race all of his cars down it. He’s happy to play with us or a alone. I’m happy that he likes it but from a parenting point of view I think it’s quite a cumbersome toy, particularly if you have a smaller home. Once it’s erected it isn’t easy to take apart again so ideally you’ll need to try and store it while it’s up. We have ours stood up vertically in a cupboard when it’s not in use but it still takes quite a bit of space up.

The track costs around £39.99 and is available from most stores that sell toys. I think the price is reasonable considering the size and durability of the track and cars.