Having worked since the the age of 15, I’m no stranger to different job roles and responsibilities. 17 years of contineous working means I’ve tried out quite a few different career paths. I left school at 16 and despite being offered a place for my A levels, I opted for a role at my local council. At 16 years old I was on just over £9,000 a year and I thought I was the bee’s knees!

I’ve studied while I worked, so despite not going down the traditional route of obtaining a degree via Uni, I still studied while I worked and thankfully didn’t end up with student debt. I’m now in a job I quite like but I’m not sure it’s something I’d want to do for the rest of my working life.

I was recently asked by Vorwerk UK, a global household appliance brand, to take part in their #NoMore9to5 campaign to help raise awareness of what people in the UK really think about their careers. 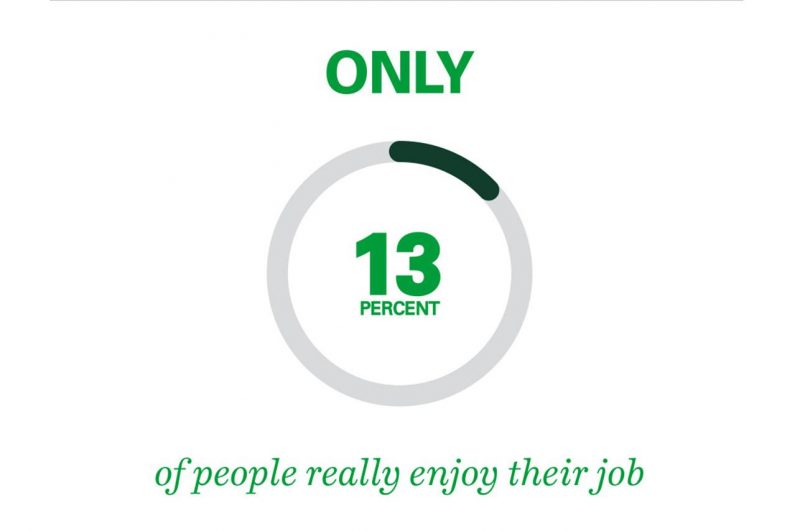 Despite many of us spending much of our waking day at work only 13% of UK adults actually enjoy their jobs, one in 20 (6%) see no benefits of their job, and nearly one in ten (9%) workers go as far as hating their jobs according to new research from Vorwerk!

I’ve been in my current job for the last 8 years and I think I probably like it as much as I hate it! I enjoy the role and do get a feeling of satisfaction from it but it’s extremely stressful and I feel rather than doing the job we should be, we’re governed by figures and statistics.

I would like to change my career but I think the upheaval, change and financial insecurity is putting me off. It appears from research, that a career crisis peaks in the run up to turning 30, with 29-and-four-fifths the age when most people want to change career. Those in East Anglia are most unhappy with their career choices with half of the region wanting a change (49%), followed by the North East with 48%, and the North West with 46%.

Almost half of us (45%) dream of making the move and changing our career but only 20% of the UK have actually taken the plunge.

So what stops us changing career?

The top barriers preventing us changing our careers change are the same for men and women, but males are 6% more risk adverse than females. 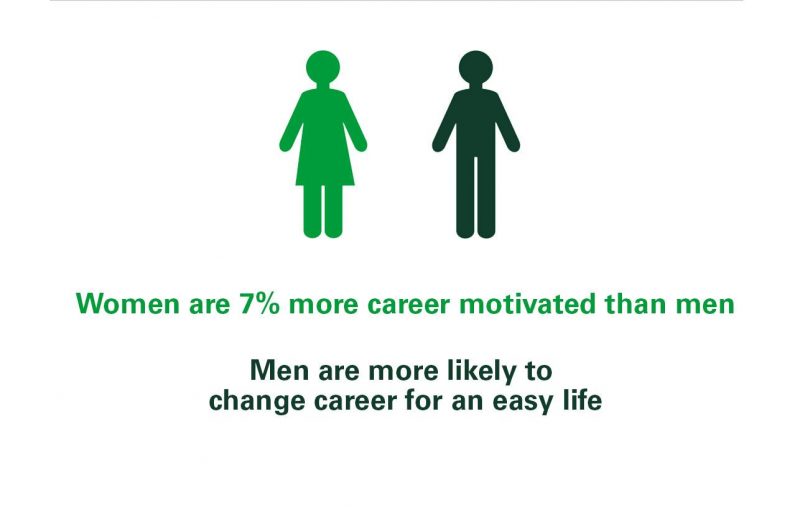 It seems men that are most likely to want to change career for an easier life.  Men want a career that is less pressured, more flexible, and are less career-focused role than women. That’s definitely true in our house, I’m much more career focused that Hubby ( or I was before I had the little man).

Speaking about the findings, careers expert and author of ‘How To Get a Job You Love’, John Lees said:

“What makes sad reading is that there are an awful lot of people unhappy at work, and not feeling like they are getting anything out of their job. There are also vast numbers of people that want change, but stumble at the first hurdle and don’t know what direction to take.

“The good news is that it is possible to make the change – good background research, a burst of self-confidence, and a calculated risk can really pay off.

“I’d urge anyone unhappy in their job to take some time out and really think about what they would like to do instead. There are plenty of structured work opportunities that allow you to work for yourself while taking on a new career and with the rise of the portfolio.”

Ideally, I’d like to start my own business. I’d love to work for myself and be completely responsible for my own actions. Hubby and I need to be a little more financially secure before we take that leap but it is something we’d like to do in the not too distant future.

Top tips for changing your career

John Lees also has this great list of tips if you are looking to change your career.

1. Look hard at the things which get in the way of change – risk, uncertainty, lack of confidence. Where have you overcome these barriers before?

2. Look at the things you most enjoy about work, and imagine where else you can do the same things.

3. Pack your lifeboat before you jump ship – catalogue your skills, know-how and experience so that you can match them to new opportunities.

4. Investigate alternative ways of working, including self-employment, as well as conventional jobs.

5. Research as if you were finding out for someone else. Talk to people about their experiences, and keep asking ‘who else should I be talking to’

You can find out more about career opportunities with Vorwerk visit www.kobold.vorwerk.co.uk/career

Allowing you to carve out a full time career or top-up your income, Vorwerk provides you with the products and know-how to set up your own business, offering you the chance to be part of the next chapter of this European success story.

Are you happy in your career or have you recently changed career? I’d love to hear about it.