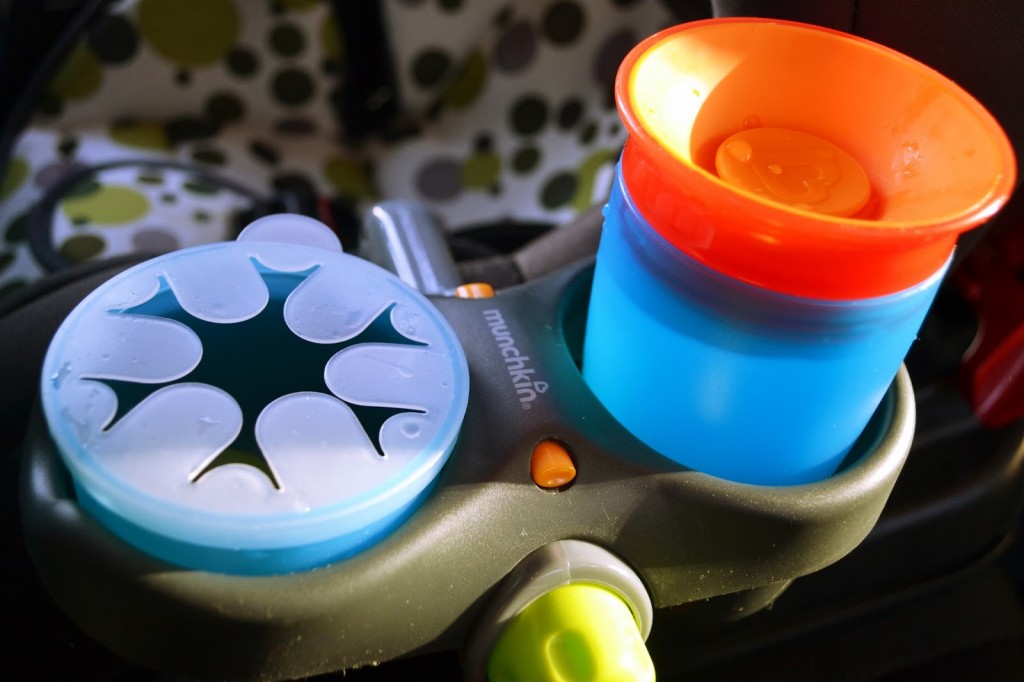 When we’re travelling the little man likes to have his drink close by, but because he’s a fidget, he often drops it down the side of his car seat which means I have to pull over to retrieve it, usually more than once during a journey.

The Munchkin delux snack and drink pod has become our new best friend. The simple yet effective idea is great for little people and keeps me sane on car journeys. A sturdy duo pod which allows your little person to grab their own drink and snacks without the need for assistance.

The pod fixes onto the side of most car seats or pushchairs by simply turning the green Quick-attach™ clamp on the side, it’s turdy and doesn’t wobble once it’s fixed on. The lever on the side is child resistant, so tiny little fingers can’t twist it and remove it, no matter how hard they try.

Removing the pod from the car seat or pushchair is simple, you just press the two orange buttons on the sides of the pod and it detaches to wash. It’s dishwasher friendly so can be washed easily and thoroughly. Thankfully there are no crevices or cracks in the design for food to gather, so cleaning is a very quick job. 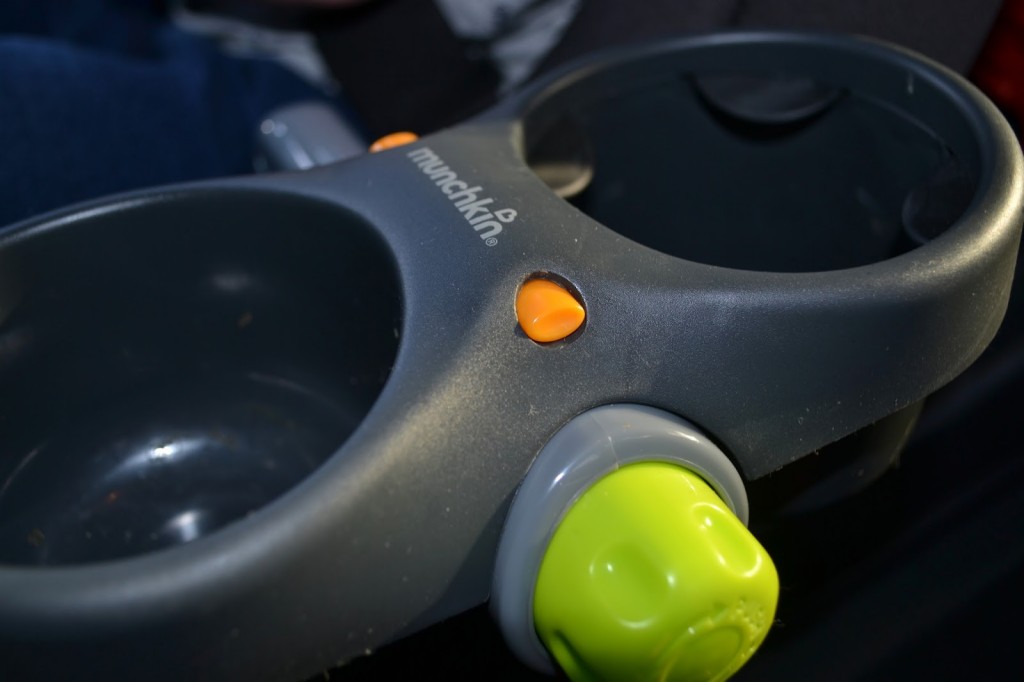 It has two deep holes which can be used to store goodies of choice. The Munchkin Miracle 360° Sippy Cup (more about that later) fits into the hole perfectly and remains stable and upright. The pod comes with a removeable snack pot that has a handy none spill top, which prevents the chances of a messy child or messy car seats. 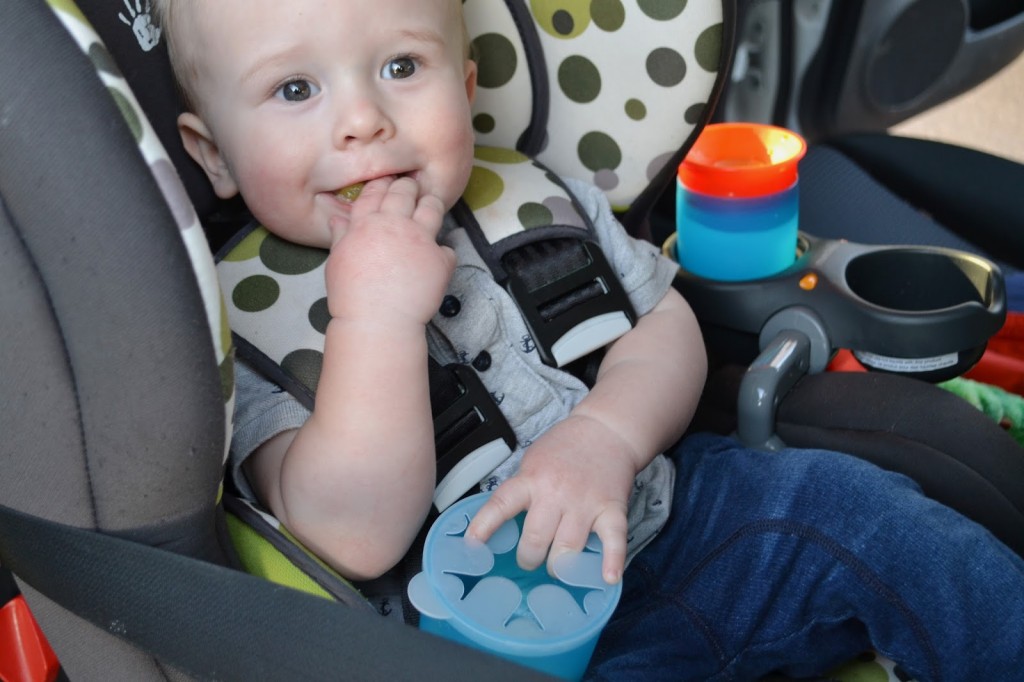 We’ve used the pod every day since it arrived, it’s too handy not too! I’m really impressed and the little man seems mighty pleased with his new side kick and the fact he can feed and water himself without waiting for Mammy. At £12,99 I think it’s good value for money, and it’s helped fix one of our day to day niggles.
You can find out more about Munchkin on their website, Facebook and Twitter.
We were sent the Deluxe Snack and Drink Pod for the purpose of this review, thoughts and opinions are honest and my own.