I absolutely love this time of year. Pretty Autumnal walks, fun times creating creepy Halloween costumes or snuggling up under a blanket watching films together as a family, this is the time of the year for them all.

Halloween is almost upon us, the nights are chilly and I’ve been on the hunt for family friendly Halloween movies that the little man can watch with us. 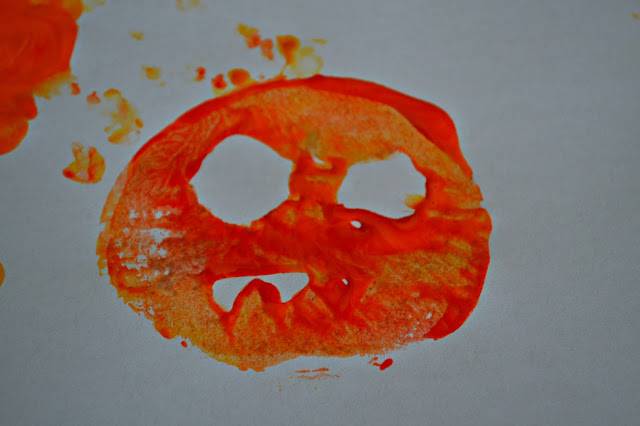 Here are four great films to watch with little people this Halloween.

Containing seven separate episodes, the Tom and Jerry animation is a firm favourite in our house. The episodes include : –  ‘Switchin’ Kitten’, ‘Is There a Doctor in the Mouse?’, ‘Haunted Mouse’, ‘Of Feline Bondage’, ‘Medieval Menace’, ‘Abracadumb’ and ‘Snow Brawl’. Tom wields a magic wand and creeps through spooky castles whilst chasing his elusive little enemy, Jerry.

Tom and Jerry – Trick Or Treats

A collection of 20 spooky episodes from Hanna-Barbera’s animated cartoon series of the famous cat and mouse pair. They encounter ghastly mummies and spooky ghosts along the way. The episodes are: ‘More Powers to You’, ‘Over the River and Boo! The Woods’, ‘Fire Breathing Tom Cat’, ‘Touché Pussycat!’, ‘The Flying Sorceress’, ‘Tiger Cat’, ‘Robin Hoodwinked’, ‘Jerry’s Cousin’, ‘Invasion of the Body Slammers’, ‘Haunted Mouse’, ‘Trap Happy’, ‘Spook House Mouse’, ‘Bats What I Like About the South’, ‘Fraidy Cat Scat’, ‘Which Witch’, ‘Monster Con’, ‘Tomb It May Concern’, ‘Power Tom’, ‘The Itch’ and ‘Hi, Robot’.

This one contains seven spooky cartoons with episodes called : – ‘Is There a Doctor in the Mouse?’, ‘The Flying Cat’, ‘The Missing Mouse’, ‘Two Little Indians’, ‘Touche, Pussy Cat!’, ‘The Flying Sorceress’ and ‘The Haunted Mouse’. 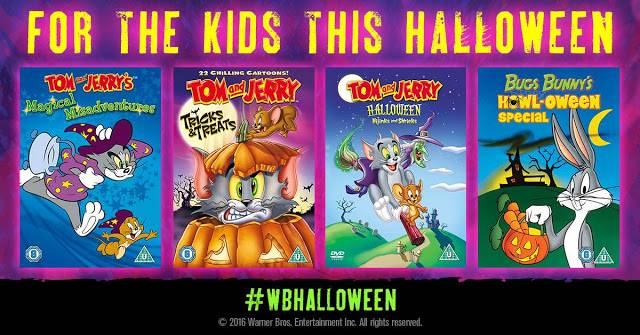 If the films above aren’t your thing, there are whole host of others you can pick up on Amazon. If you’d like to win a set of the DVD’s above, head on over to my Twitter page.

Can you recommend any other family friendly Halloween films?