It’s years since I’ve been to a Panto but this year we thought the little man would be old enough to enjoy it so tonight we went along to the Gala Theatre in Durham to see Jack and the Beanstalk.

We collected our tickets from the box office and headed up to the circle area where our seats were. I was surprised by how compact the theatre actually was and how close we felt to the stage. I go to theatre quite often ( though we hadn’t been to the Gala before) and our seats are usually about 7 miles from the stage so this was a very pleasant feeling.

The Pantomime was written and directed by Neil Armstrong and Paul Hartley who also play major parts in the performance ( Freddie Fleshcreep and Silly Simon).

The story is based loosely on the traditional tale of Jack and the Beanstalk and follows  Princess Jilliana of Spennymoor whose parents had toddled off to Portugal leaving her homeless and to fend for herself after the giant ( who lives up the beanstalk) has broken the castle. She is found by Jack and his family, the Trott’s who take an instant shine to her. 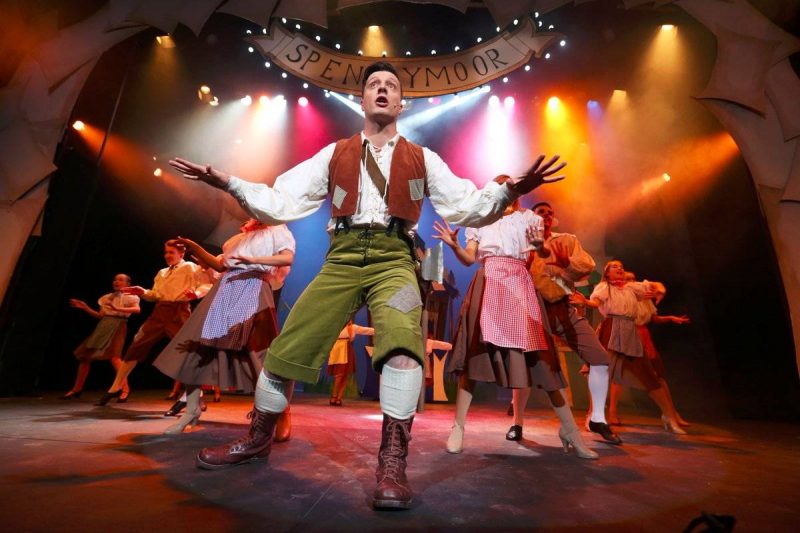 Dame Trott decides the family could do with some extra cash so sends Silly Simon heads off to sell the family cow, Milkshake. En route to the market he bumps into Freshcreep who swaps some (magic) beans for the cow who he intends to feed to the giant.

Add into the mix some fairies, one of which is the sister of the baddy, Fleshcreep, the Amazing Amulet of Auckland and a humongous giant and you get a family friendly pantomime with plenty of laughs and an effective storyline.

We loved the fact that local landmarks and places we used, whilst some of it may have gone over the kids heads, it kept the adults interested and gave them a giggle. It was great hearing (real) local accents and knowing we were watching some great talented Northern folk.

The audience participation was pretty good, from laughs aplenty to some unlucky souls being dragged onto stage, it all went down well. I don’t even think the first couple of rows minded being squirted with water and foam! 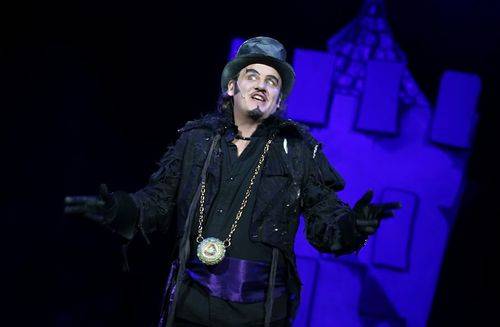 Neil Armstrong plays the villain – Fleshcreep in the pantomime and he seemed to be a great hit with the kids, they loved to hate him and every time he came onto the stage the theatre was filled with playful boo’s and hisses. 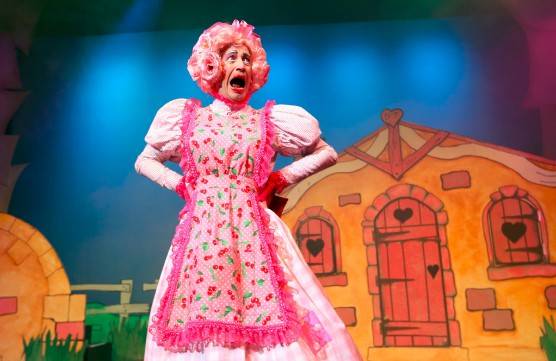 It goes without saying that the Pantomime Dame is always a favourite.  Paul Dunn plays Dame Trott, a loud brash and the very Northern Mother of Jack and Silly Simon. I loved her mismatched outfits, ridiculous make up and constant harassment of one of the men in the front row.

We thoroughly enjoyed the performance, the cast and music was amazing. We really enjoyed the dance routines and the songs based on instantly recogniseable new and old tunes.

If you’re looking for a great family friendly performance over the festive period, I wouldn’t hestitate to recommend Jack and the Beanstalk. It’s much more purse friendly than some of the larger shoes in the region and has a much friendlier feel.

If you want to grab some food before the performance, Fat Hippo are offering theatre goers a special deal – kids can eat free if you purchase a children’s concession ticket for any of the performances listed below –

* Photographs courtesy of The Gala Theatre

* We were given press tickets in return for an honest review.