Reykjavik is the hip and colourful capital of Iceland, home to beautiful buildings, diverse nightclubs and stunning landscapes. It’s also one of the best places in the world to try and catch a glimpse of the Aurora Borealis ( the Northern Lights).

Iceland is one of the most expensive countries in the world but it’s also one of the most amazing places we’ve visited. Our visit was in the midst of Winter and boy, was it cold!? We were so thankful of the thermals we’d taken with us.

If you’d prefer warmer weather for your trip, visit between May and September. You won’t need 6 layers of clothing but your chances of seeing the Northern lights will be reduced.

There are numerous excursions in Iceland that you can enjoy during your trip, but I thought I’d focus this post on places to see and things to do within the city of Reykjavik as that’s where we spent most of our time. 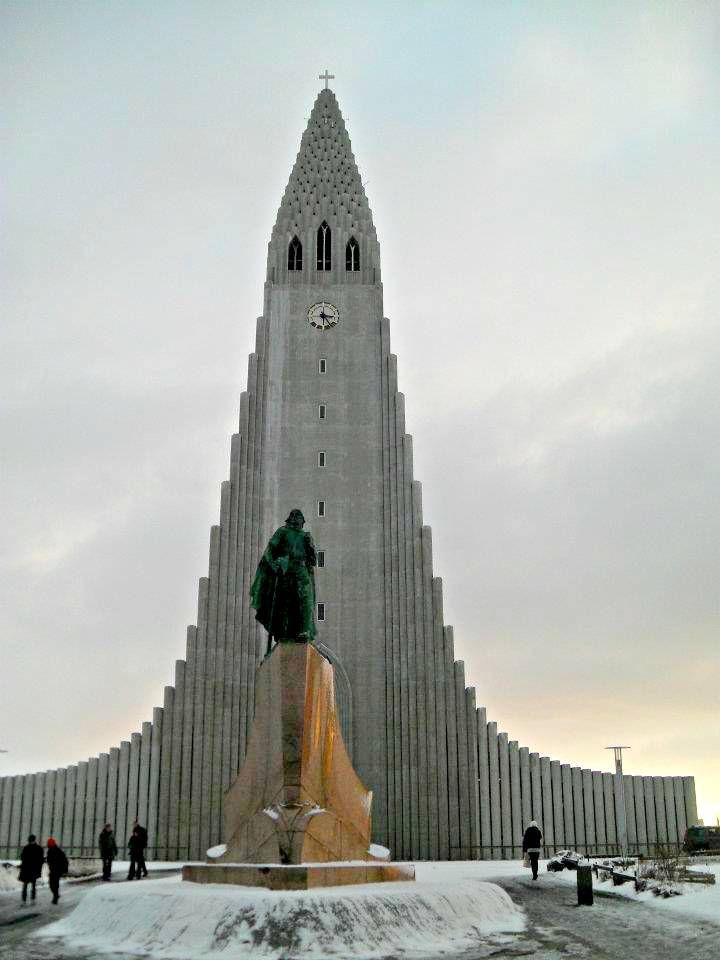 This beautiful building was designed by Guðjón Samuel in 1937 and it was finally completed in 1986. It’s a Lutheran ( a branch of Protestant Christianity which identifies with the theology of Martin Luther) parish church which stands grandly within the city. 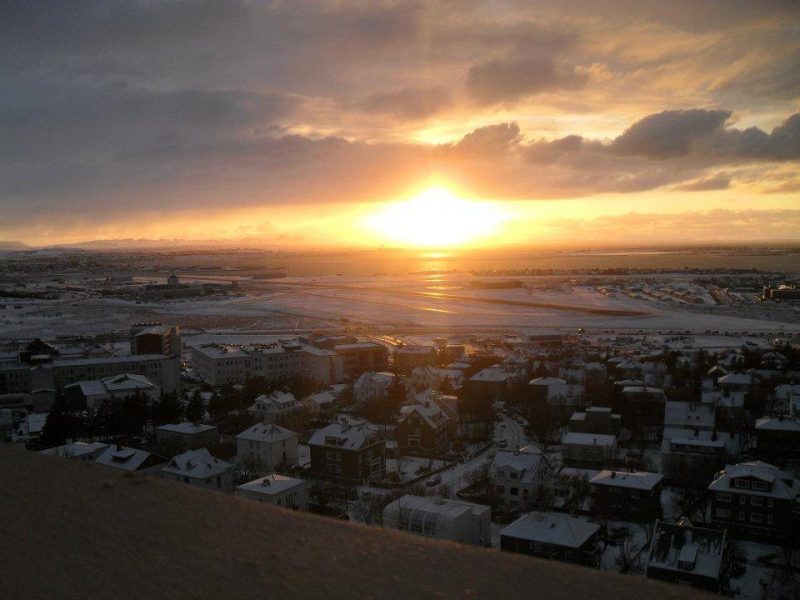 The view from the top of the church is an absolute must see. Once you’re at the top you’re immersed in a feeling of calmless while you take in the breaktaking sights. Try and visit at sunset. Entry costs 900isk for an adult  ( just under £7).

The National Museum of Iceland

The museum is worth a visit if you’re interested in the history of Iceland and it’s growth over the recent years. There are lots if interactive exhibits and and lots of information about the political and religious history of the island. 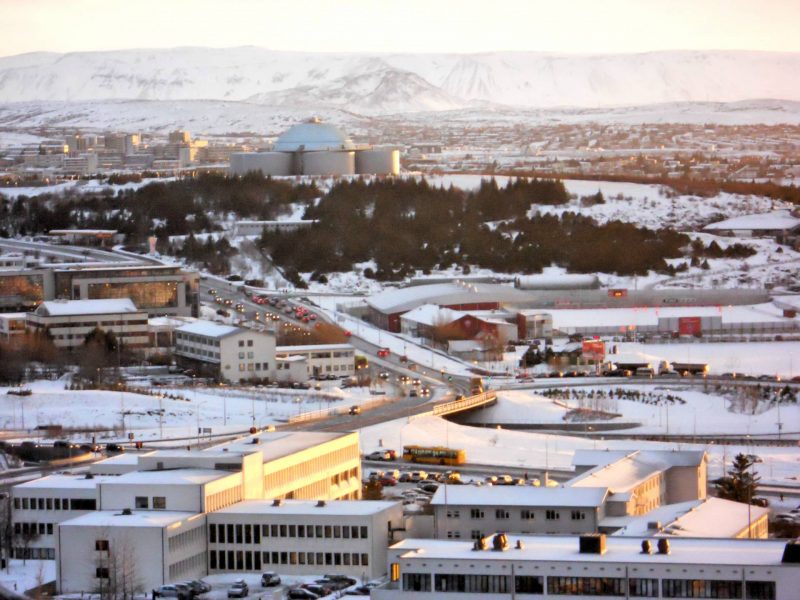 Take a walk around the city

The city is pretty compact and easy to get around on foot. We wandered through the streets, window shopping in pretty little boutiques and checking out the cool street art. 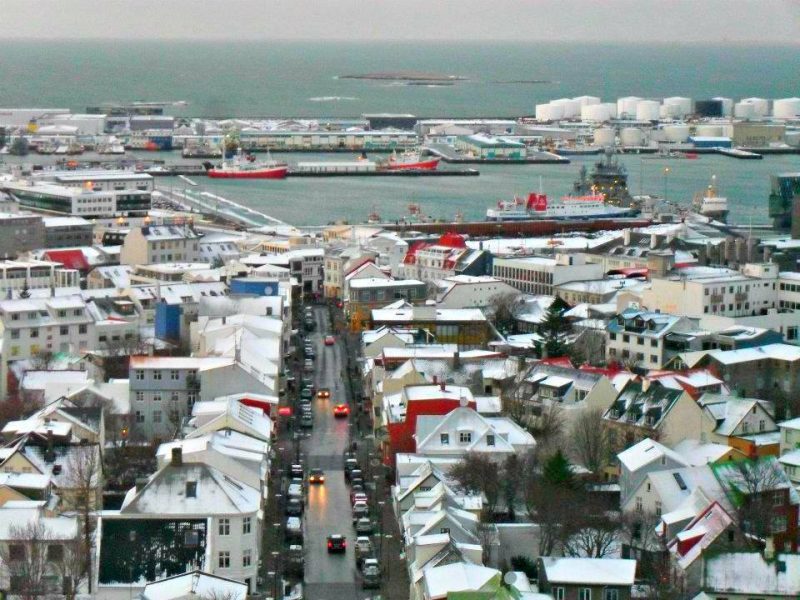 There statues and placques dotted around city, like the Solfar (Sun Voyager) Sculpture which is near the water edge and Harpa Reykjavik Concert Hall and Conference Centre. Hofdi House is also worth a visit, the location of the 1986 summit meeting between presidents Ronald Reagan and Mikhail Gorbatsjov, an event which marked the end of the Cold War. 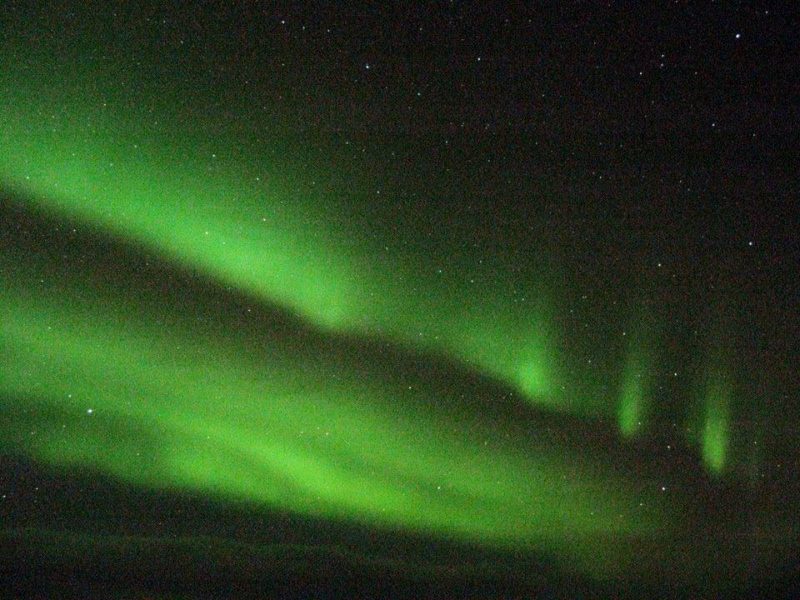 Seeing the Northern Lights, seems to be the bucket lists of many. The bright dancing lights that illuminate the sky are actually collisions between electrically charged particles from the sun that enter the earth’s atmosphere, creating ‘lights’ above the the magnetic poles of the northern and southern hemispheres. The lights appear in a range of colours with green and pink being the most common.

We were lucky enough to see them on the evening of Hubby’s 30th birthday ( not a bad gift!). We travelled quite a distance on a coach into the stark Icelanic countryside and spent 5 hours watching the lights bounce across the wide open space. 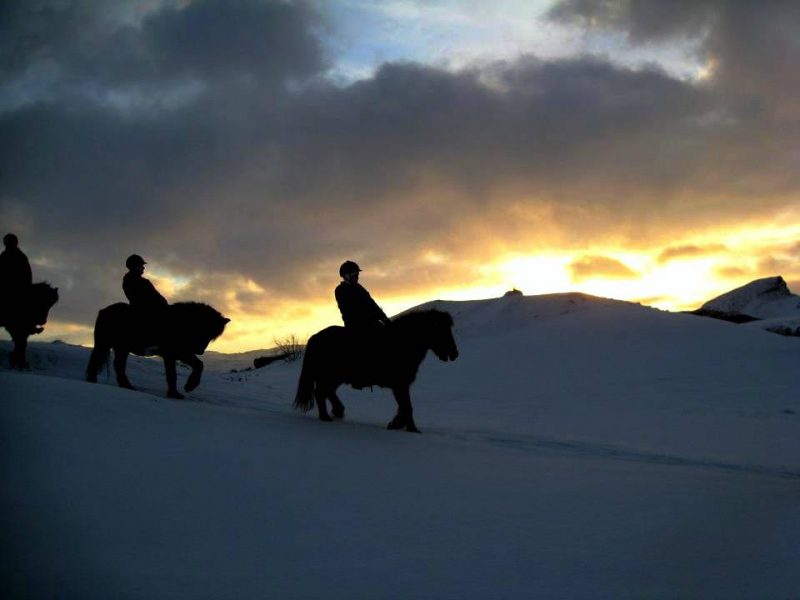 We booked a horse riding session at the Islenski Hesturinn while we were in Reykavik. It was one of my favourite parts of our trip. Icelandic horses are unique as they have 5 gaits instead of 3, like the horses we have in the UK. As well as walk, trot and gallop, Icelandic horses have tölt and pacing. A tölt is similar to a trot, but it is very smooth and the horse always has at least one foot on the ground. This means the rider has a virtually bounce-free ride at speeds up to 20 mph, which was ideal for my Hubby who isn’t a massive fan of horses.

If you fancy something a bit different, why not check out the Icelandic Phallological Museum, it’s home to the world’s largest display of penises and penile parts! 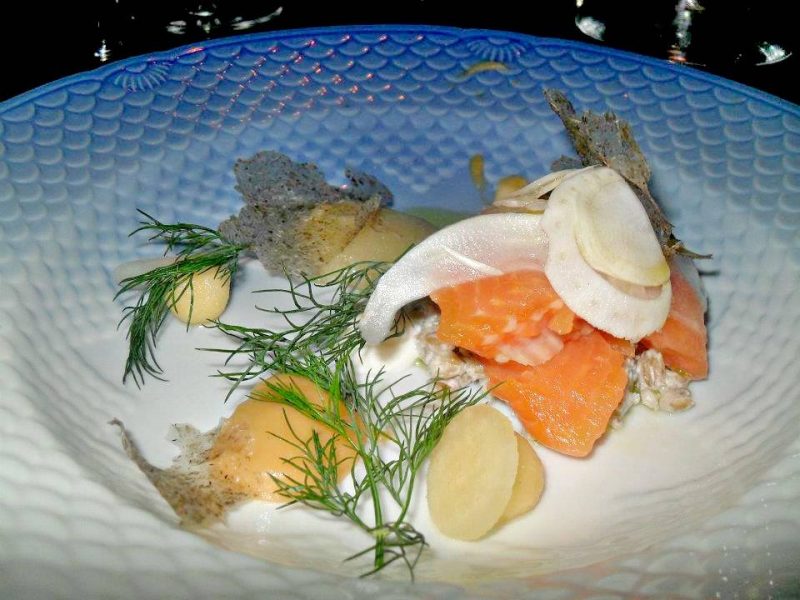 Iceland has a strange selection of food. There’s a huge focus on fish with a distinct lack of fresh fruit and veg.

You could try some Icelandic delicacies. How about Hrútspungar  (Rams testicles) or Hákarl which is fermented shark. Buried underground for 4-5 months it’s often eaten with Brennivín ( also known as Black Death) which is a schnapps drink made from fermented potatoes and caraway – they sound delicious don’t they?!

Most restaurants in Iceland serve Whale meat but it’s worth mentioning that it’s minke whale, which isn’t endangered. Puffin is also served and tastes absolutely divine.

Harðfiskur is dried fish and smells awful. On our flight into Iceland they actually served it as a snack on the plane, the smell was putrid and filled the entire plane. It’s not one for the faint-hearted. 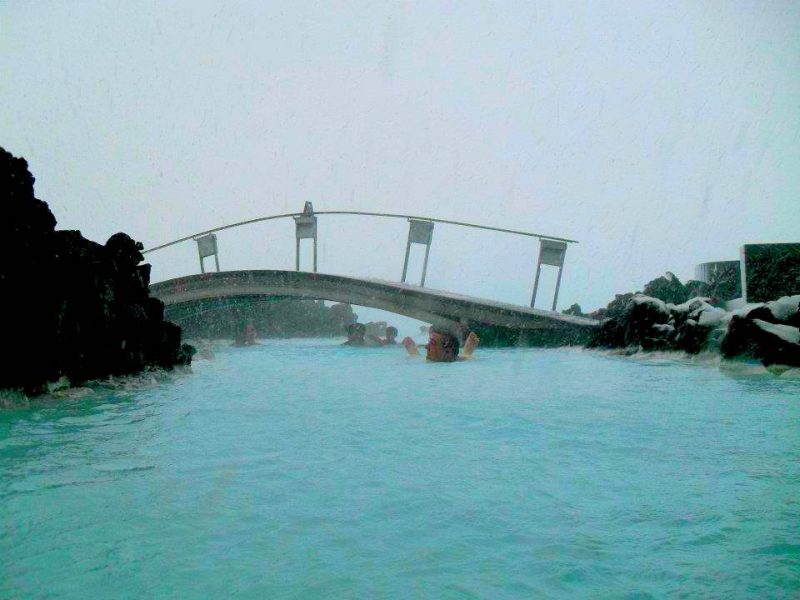 I know it’s a little out of the city but you really can’t visit Iceland without seeing the Blue Lagoon. It’s Iceland’s most famous geothermal pool and is not like anything you’ll see anywhere else. The pastel blue coloured pool is fed by mineral-rich heated seawater from the nearby geothermal plant and is super warm. The bottom of the Blue Lagoon is covered in white mud which people smear on their skin, the ultimate in relaxation and such an unusual treat.

Have you visited Iceland before? What did you enjoy most?