Living DNA is the world’s first DNA ancestry that allows people to break down their British ancestry to any of the 21 regions within the UK and see how their worldwide ancestry has evolved over history.

There are over 100 world-leading genetics experts involved in the development of Living DNA and the platform is designed to give people the most accurate and detailed estimate of their extended family tree, stretching back thousands of years. 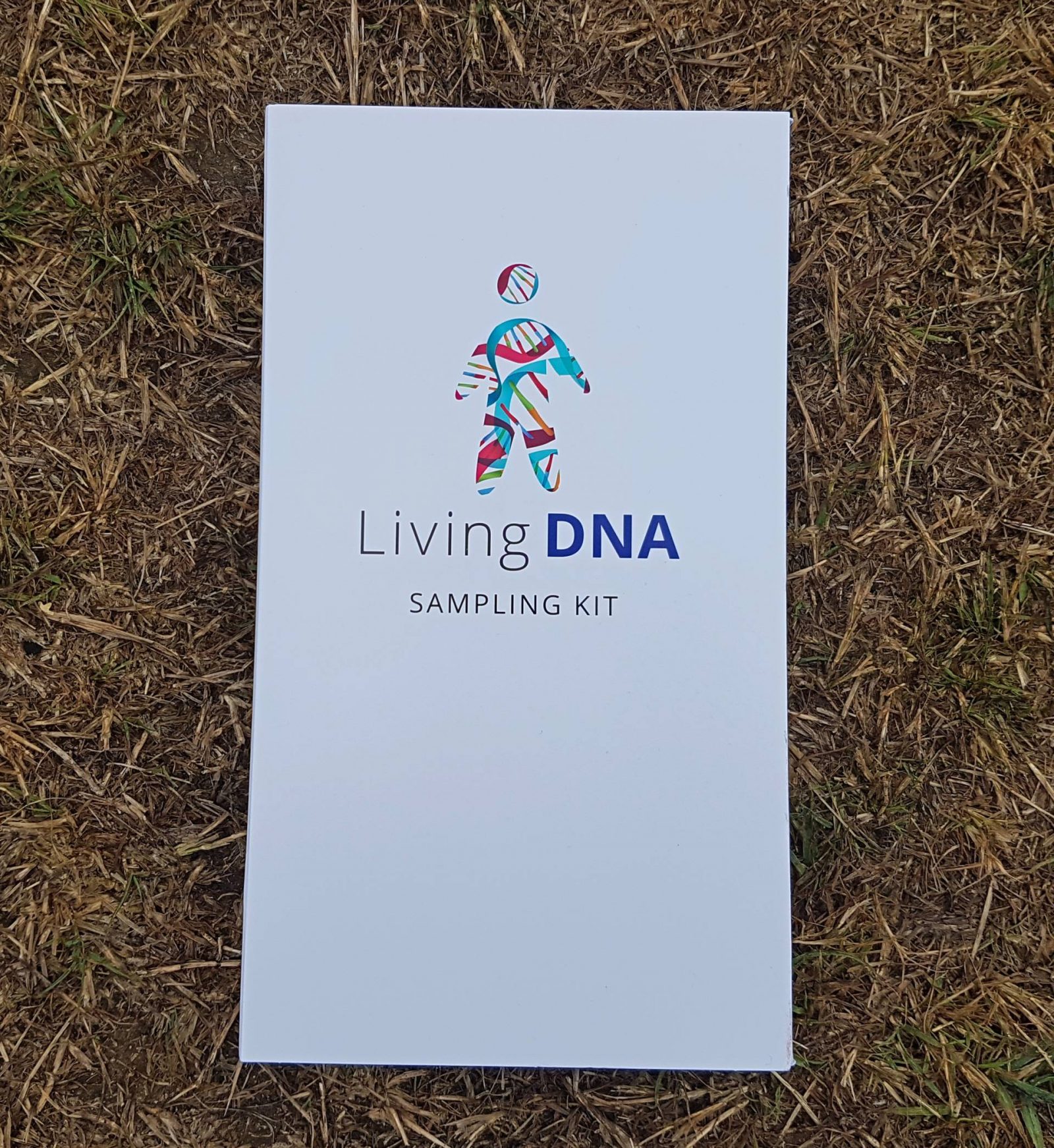 The kit is very easy to use and comes with everything you need to create an online account and take a simple saliva swab to send back to the company.

Your box also contains your online activation code, which you use for registering on the Living DNA website. This is the account that will be connected to the swab kit and the place you’ll refer back to for your results. 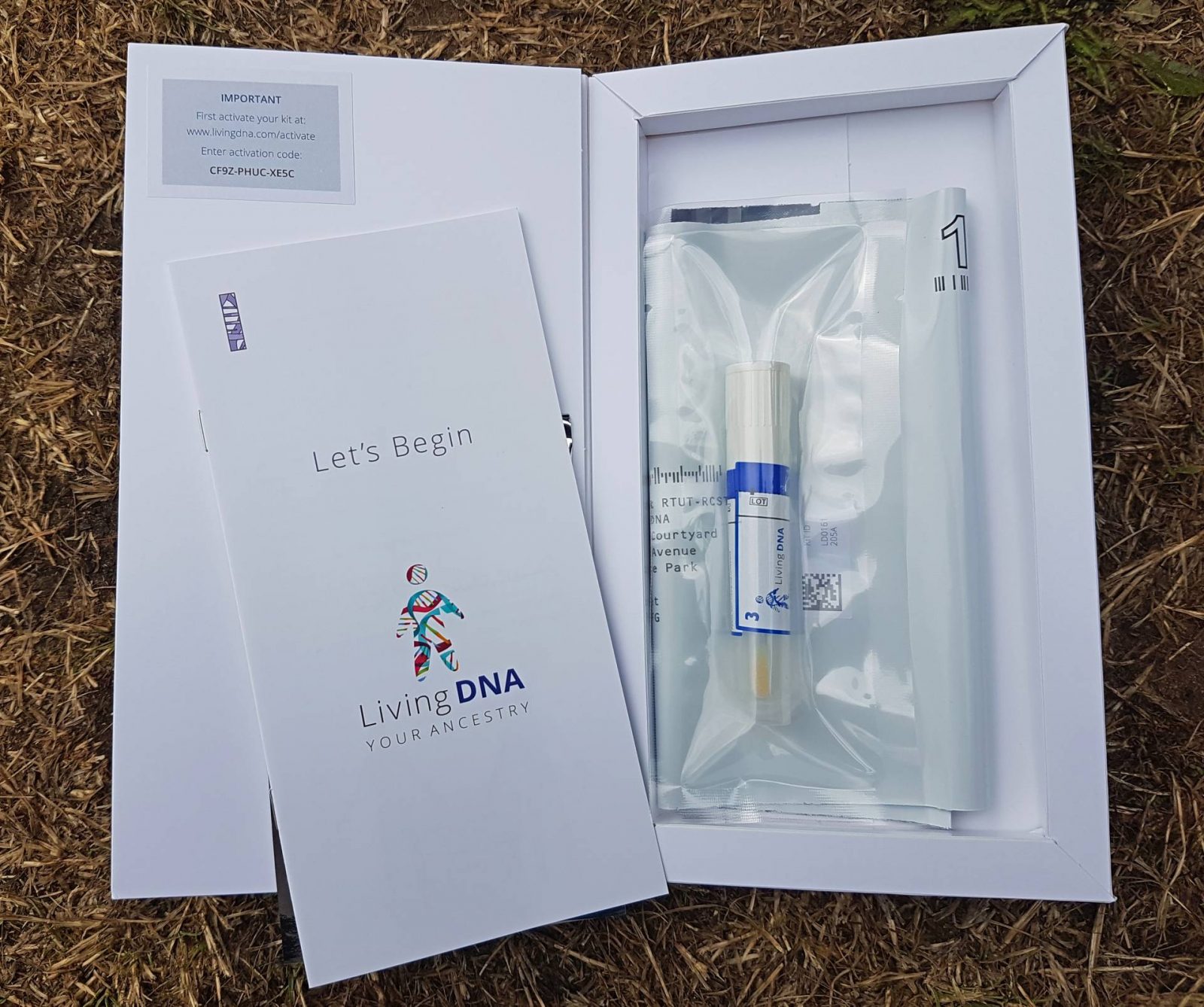 Living DNA uses the latest DNA technology to analyse over 680,000 DNA ‘markers’ and give a greater understanding of a persons genetic past. 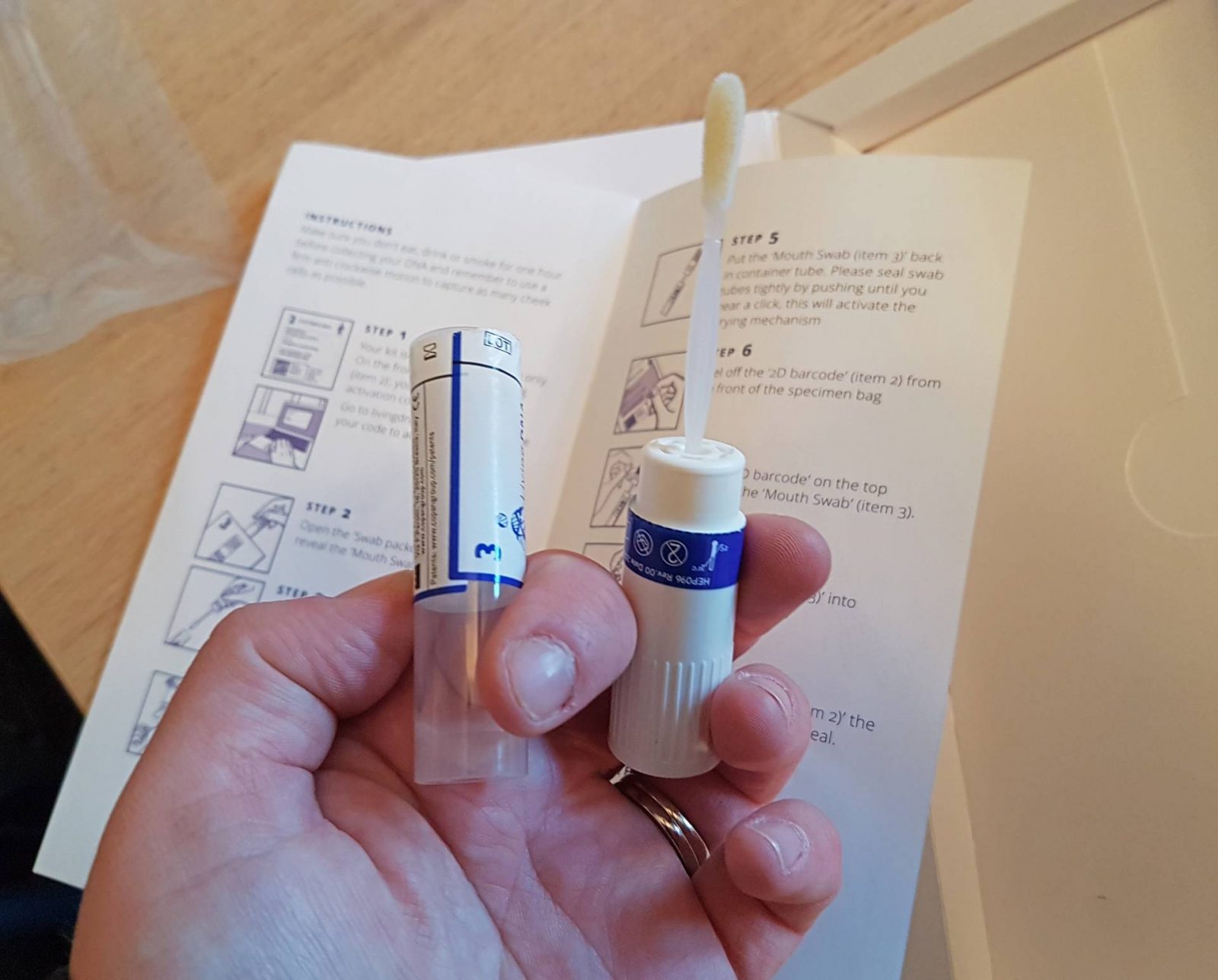 Once the test is complete ( it took almost 2 months for mine) you’re emailed and told that they’re available to view on the Living DNA interactive online platform and will break down each person’s ancestry to over 80 worldwide regions, including 21 UK regions.

I was interested to note the results of the Motherline (mtDNA) Coverage Map and learn that my motherline signature belongs to the T1a group. This haplogroup arose in a woman approximately 17,000 years ago, possibly somewhere in the east of the Mediterranean (Hay, 2016). T1a is the most frequent subgroup in its mother group, T1. It accounts for 90% of all T1 frequencies, and has been detected in low frequencies across northwestern Africa, Europe, the Caucasus and the Near East (Pala et al., 2012). This group is therefore variable in range and frequency across these populations.

T1a possibly provides evidence for the presence of haplogroup T being distributed across Europe prior to the migrations of Neolithic farmers. It has been found in Skeletons from Russia and Sweden, which have been dated to the late Mesolithic (Hay, 2016). Samples of T1a have been found throughout the Bronze Age in Europe, and were found at higher frequencies than anywhere today. Bronze ages frequency of T1a are only remotely similar to that of Udmurt populations today – a Russian population found in the Volga-Ural regions (Wilde et al., 2014). 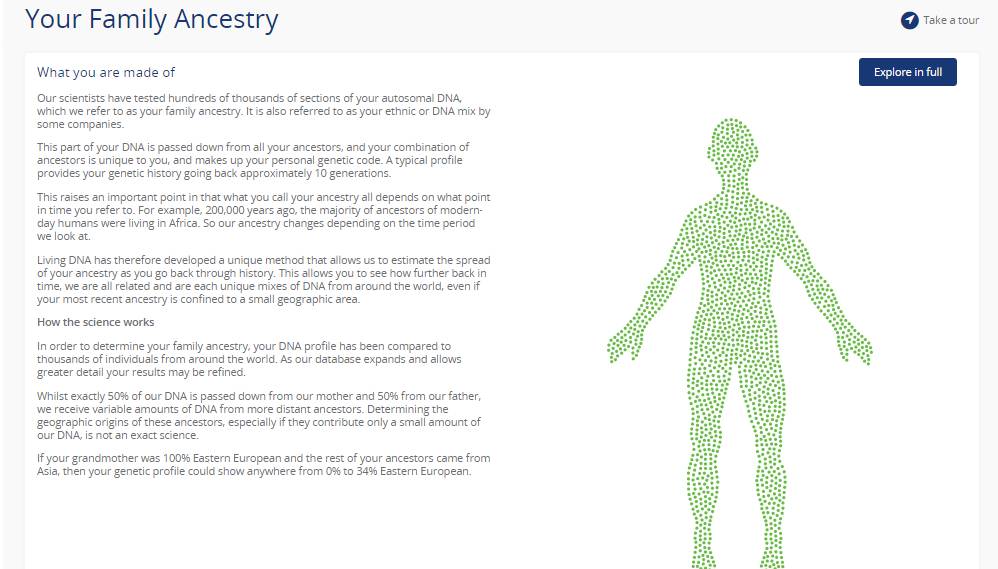 It was surprisingly to see that the family ancestry map showed that my genetic ancestry was 100% Great Britain and Ireland. 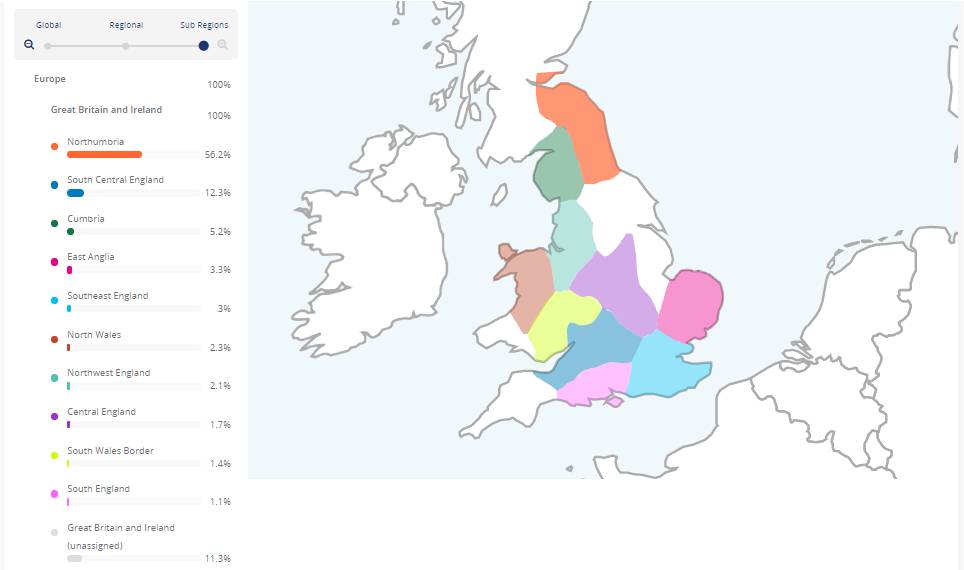 Interestingly, it even goes down to sub-regions for your DNA. I’m mostly from Northumbria at 56.2% and South Central England 12.3%. The Northern-ness doesn’t surprise me at all!

The Living DNA test was interesting and they also offer a £39 coffee table book which presents your results in written format which I think would be great to share with the rest of the family. I think the Living DNA test would make a great gift for anyone interested in their ancestry. It’s simple to complete, easy to follow and not badly priced for something that gives so much information.

* I was gifted the test kit in return for an honest review.