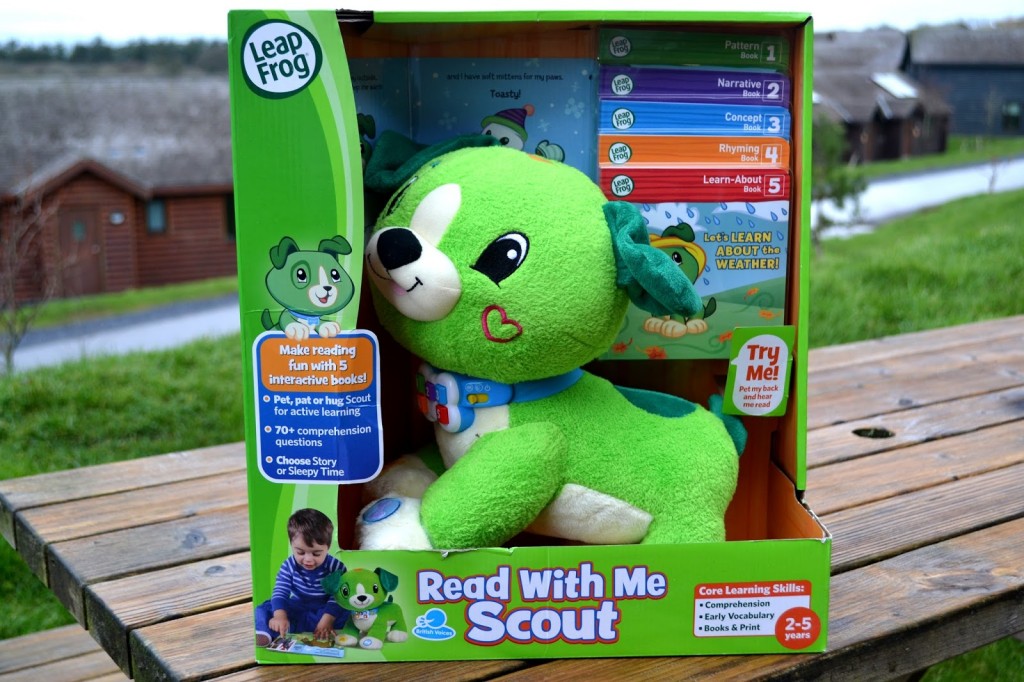 I love Asda’s toy range. They stock a great range of educational and learning toys for little people. At Christmas we bought the little man the My Pal Scout, a rather cute and cuddly puppy who chats away at the squeeze of a paw. Scout introduces little people to new words, counts and even plays bedtime music. He’s become a firm favourite in our house and the little man adores him but we weren’t aware there were other products in the range.

Asda recently got in touch and asked if the little man would like to try out some other products from the range which we gratefully accepted.

We were luck enough to receive Read with me Scout and the Leapfrog music player.

Read with me Scout is similar in design to the original My Pal Scout though has a slightly different accent which I think confuses the little man slightly. Scout comes with 5 read along board books which are suitable for children up to the age of 5.

There are five touch points on Scout and the coloured buttons on his collar match the coloured books that he comes with. Scout will read along with whichever book your little person chooses. 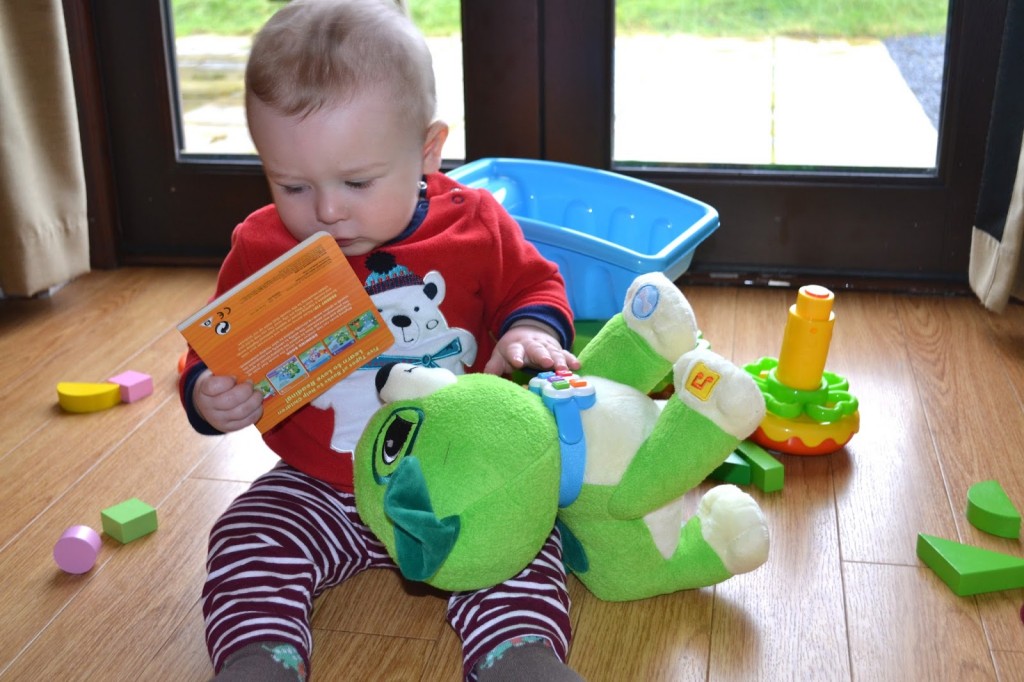 The little man has easily picked up what he’s supposed to do with Scout. He can confidently press the buttons and does a little dance when the songs come on. Obviously he’s not able to pick the books that match the colours on the collar yet but he does seem to enjoy sitting on our knees and listening to Scout talk him through the story’s.

I do like Scout, though unlike My Pal Scout he doesn’t have the option to personalise with your child’s name. Rather surprisingly though for us, one of the books is actually about a character called Eli! I was quite surprised considering it’s not exactly a popular name., It’s great for our little man though, because he’s able to hear his during one of the stories, which he clearly recognises.

The Leapfrog music player is currently the little mans favourite toy. He carries it round constantly, as it’s the size is perfect for little fingers to hold on to, we call it his ‘little ipod’. 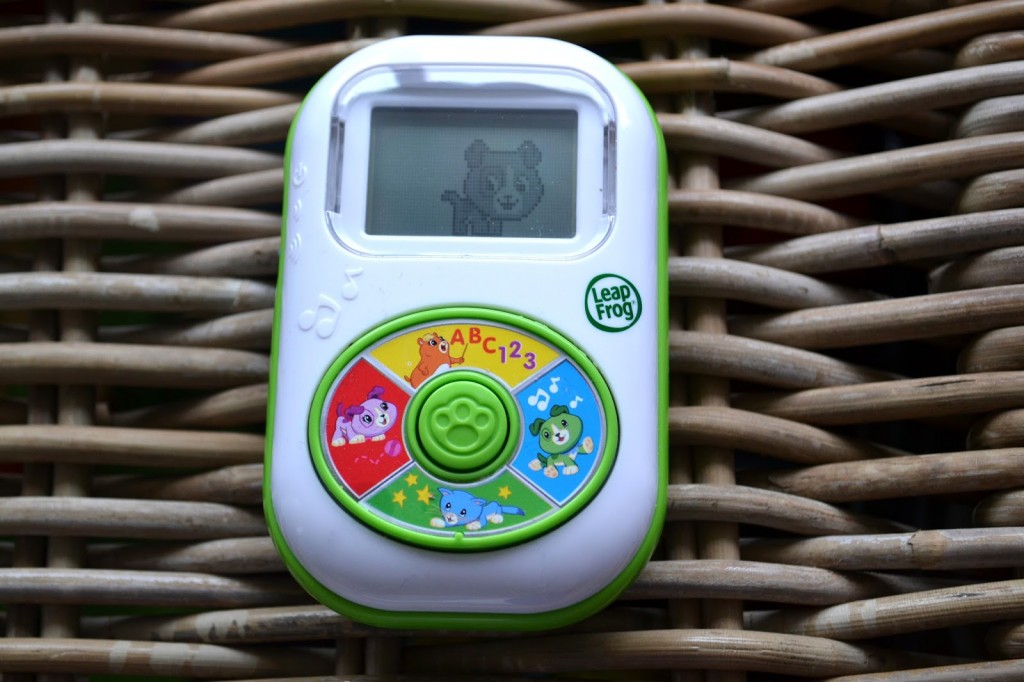 The music player has 3 music modes with a total of 12 different tune options. The tunes are catchy and easy to pick up for little people and are very jovial. The little man gets very excited while he’s pressing the buttons, and has even perfected a little dance.

As well as the tunes small pixelated pictures appear on the screen, the style reminds me of the game ‘Snake’ on old Nokia phones. 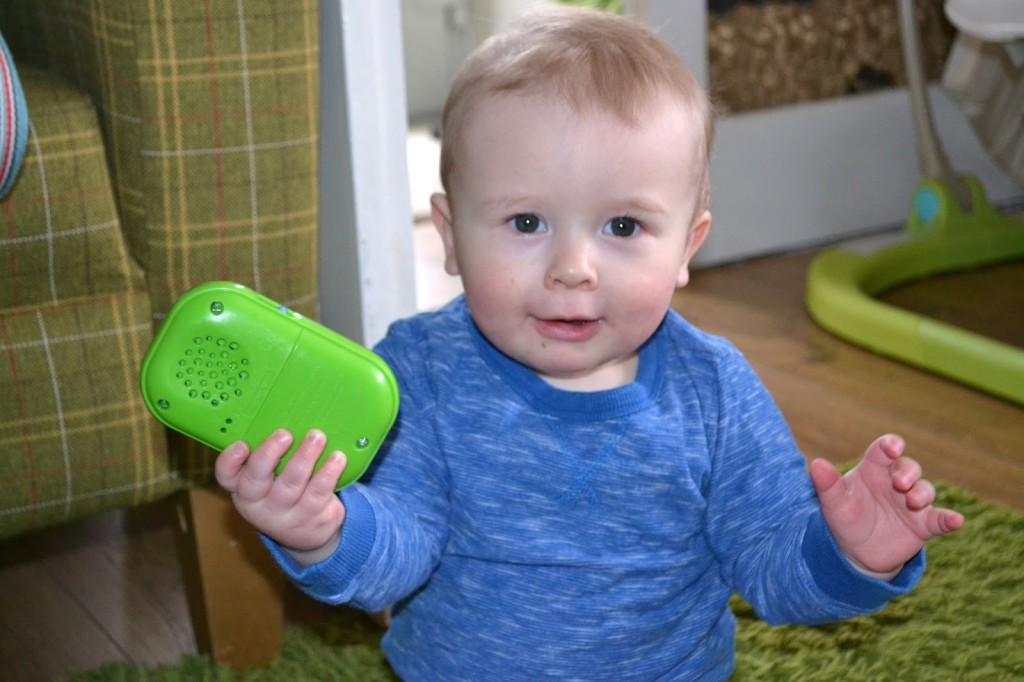 The music player is easy to take out with us in the pushchair and car, but be warned it is quite loud and I do feel a little like we have our own theme tune when we’re entering shops as the little man is ‘blasting his music’. 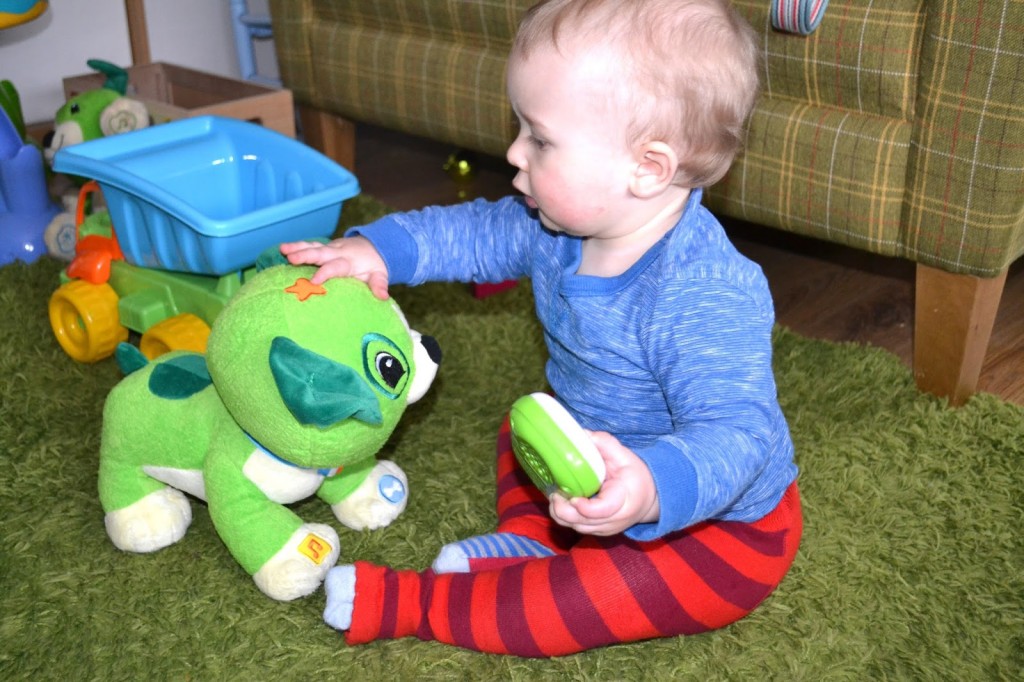 I really like the Leapfrog toys and I think they’re great for the little mans age range. Since the arrival of the toy above I’ve also bought him the LeapFrog My Talking LapPup which is equally as engaging and attention catching for the little man.

Check out the rest of the Leapfrog range at Asda, and keep an eye out because they’re regularly on offer.