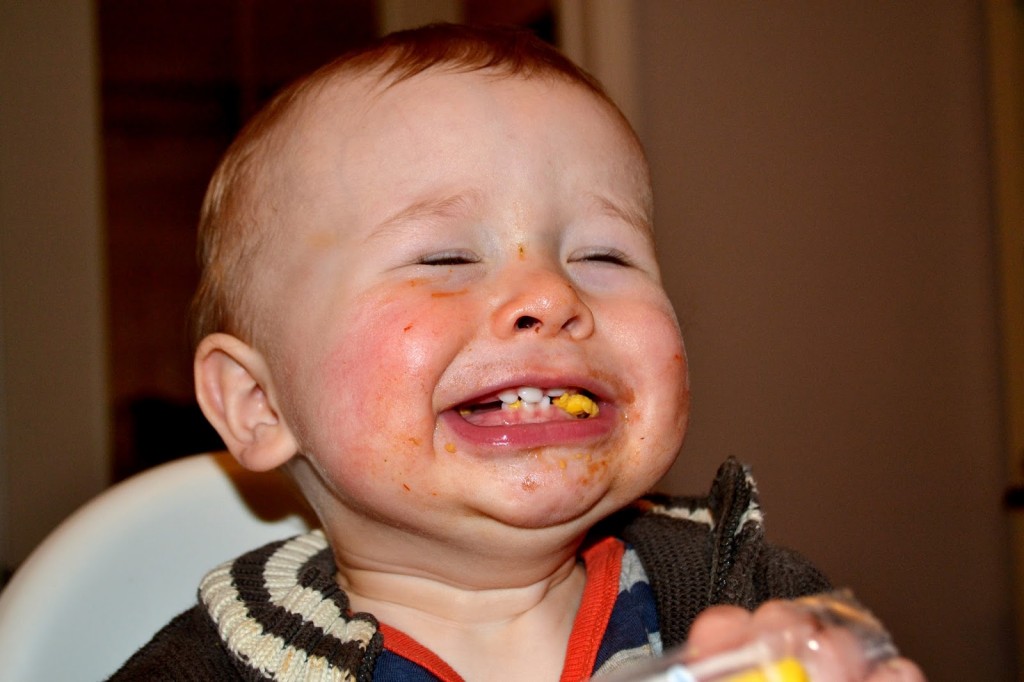 I’ve decided to drop the ‘baby’ part of my monthly updates now. He’s no longer a baby, my little man is a toddler!


He’s full of fun and so investigative. Now he’s on his feet he refuses to sit down for even a second. He’s toddling round the house completely unaided now. He’s even done a little bit of walking outside but sometimes decides to start crawling which is no good for his little knees outside.

He’s making lots more sounds and noises now. He recognises my Mam, his ‘Nana’ and will say ‘Nan Nan’ over and over.

He loves rummaging round in his huge toy basket finding toys he hasn’t played with for a while. They then become the toy of choice for a day or two. He got a Mega Blocks table for his birthday and loves putting the bricks together and pulling them apart.

He’s obsessed with vehicles, especially buses and makes a ‘brum’ noise as they go past or when he’s playing with one of his push along cars, 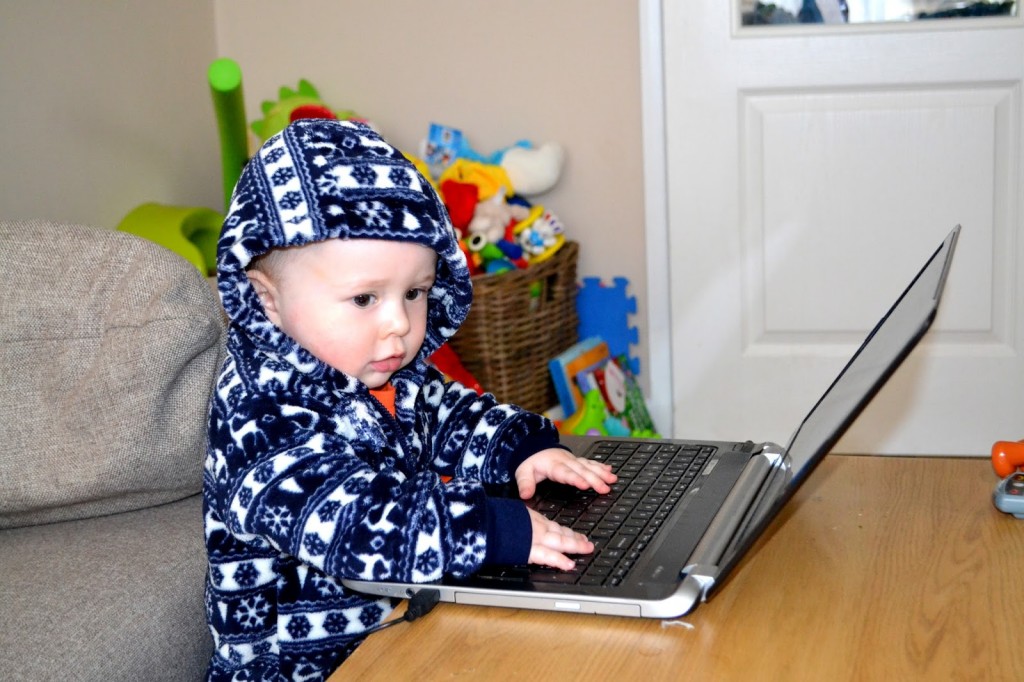 He hasn’t been too bad this month.

He had his MMR jabs this week. I can’t believe they do three separate needles in a baby’s leg. He didn’t cry though, he’s a brave little man. He was a little off colour after his jabs and now he’s started with some more teeth so he’s been quite unsettled compared to normal. He’s still only got 6 teeth, three at the top and three at the bottom, but boy, are they sharp! 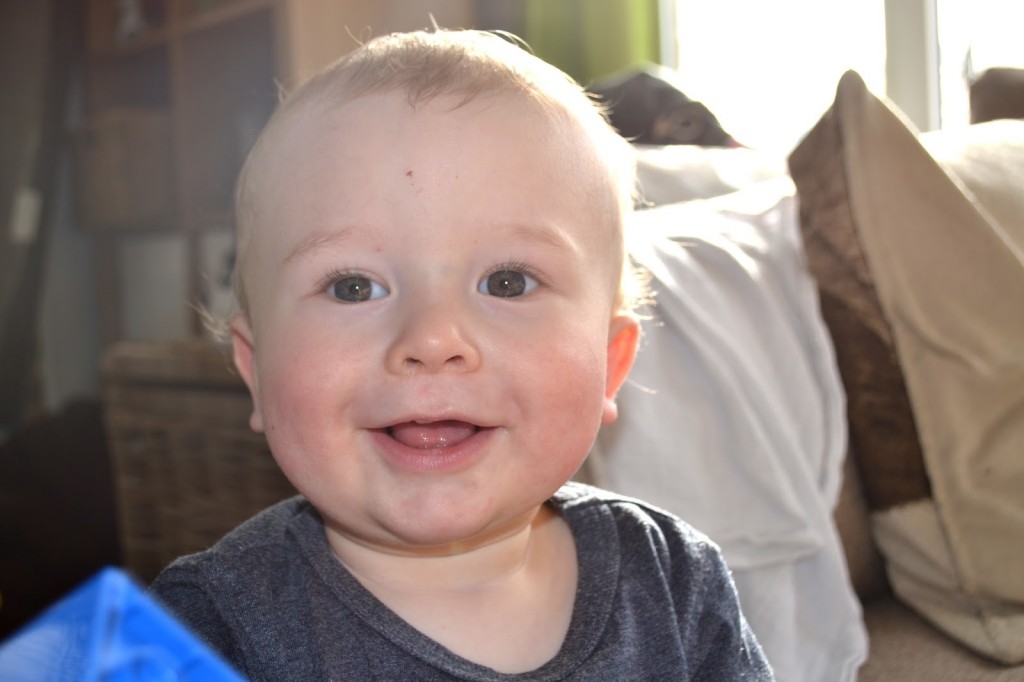 His eating has been awful for the last week or so. He’s become so picky and hard work at meal times. He hardly touches his food regardless of what it is. I’m hoping its just because he’s teething but if it doesn’t get any better I’m going to have to get in touch with the health visitor. 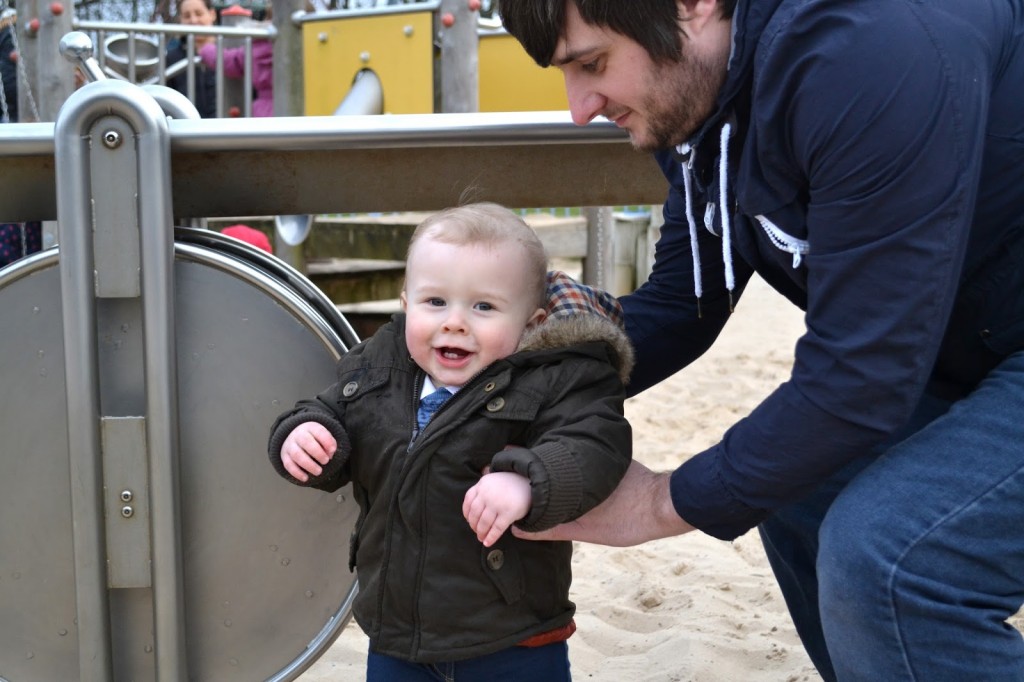 He’s been unsettled since his teeth started again but once he’s asleep he usually sleeps through. He’s in his own cot and seems happy enough. He has been waking quite early though, usually between 6am and 7am. I blame the light mornings. I think we need to invest in a blackout blind. 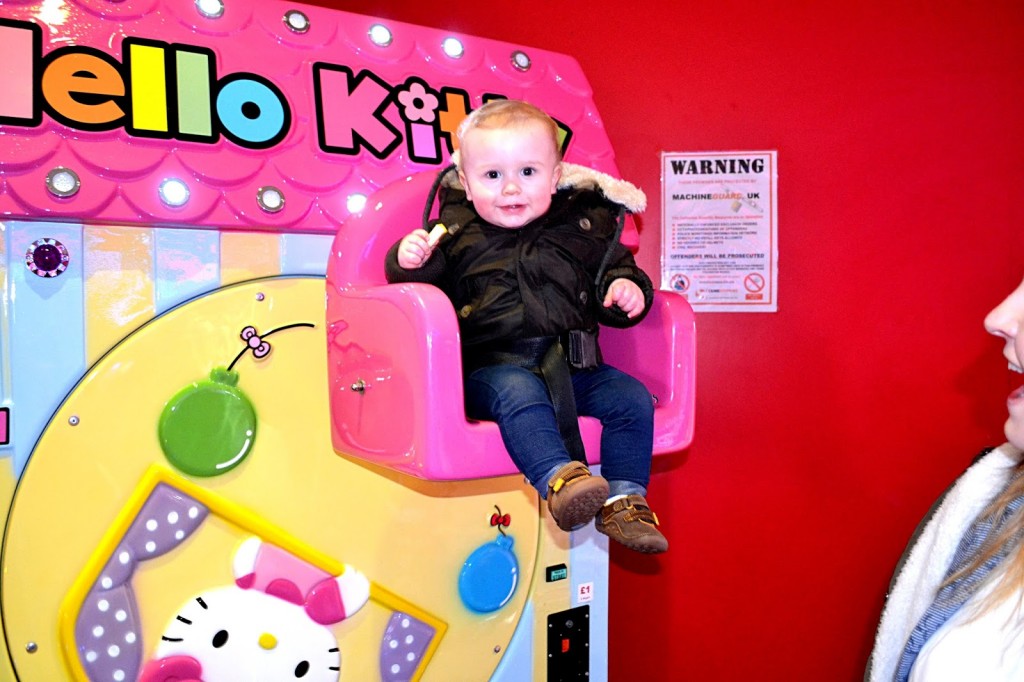 We’ve been for days out to the beach, Newcastle and swimming. I’ve started taking him to our local pool once a week and he loves it. We cancelled our Waterbabies classes because they messed us around a lot so I’ve vowed to continue taking him swimming as much as possible. He really enjoys going and sleeps like a log afterwards!

As the weather gets nicer we intend to go on more days out. I’m looking forward to putting our English Heritage family pass to good use this year. He’s got lots of outdoor toys like his trike to play with and now he’s on his feet he’ll be able to have so much more fun.