Being a first time parent, it’s hard to know when you should be doing what. I tend to rely on family, friends and my best friend Google for advice. Whilst we’re in no rush to hurry it, the next mile stone for the little man will probably be potty training. We had a very unsuccessful attempt a few months ago, but after 9 pairs of wet tiny pants and a poo trodden into the hall carpet we decided to put it on hold and try again at a later date. 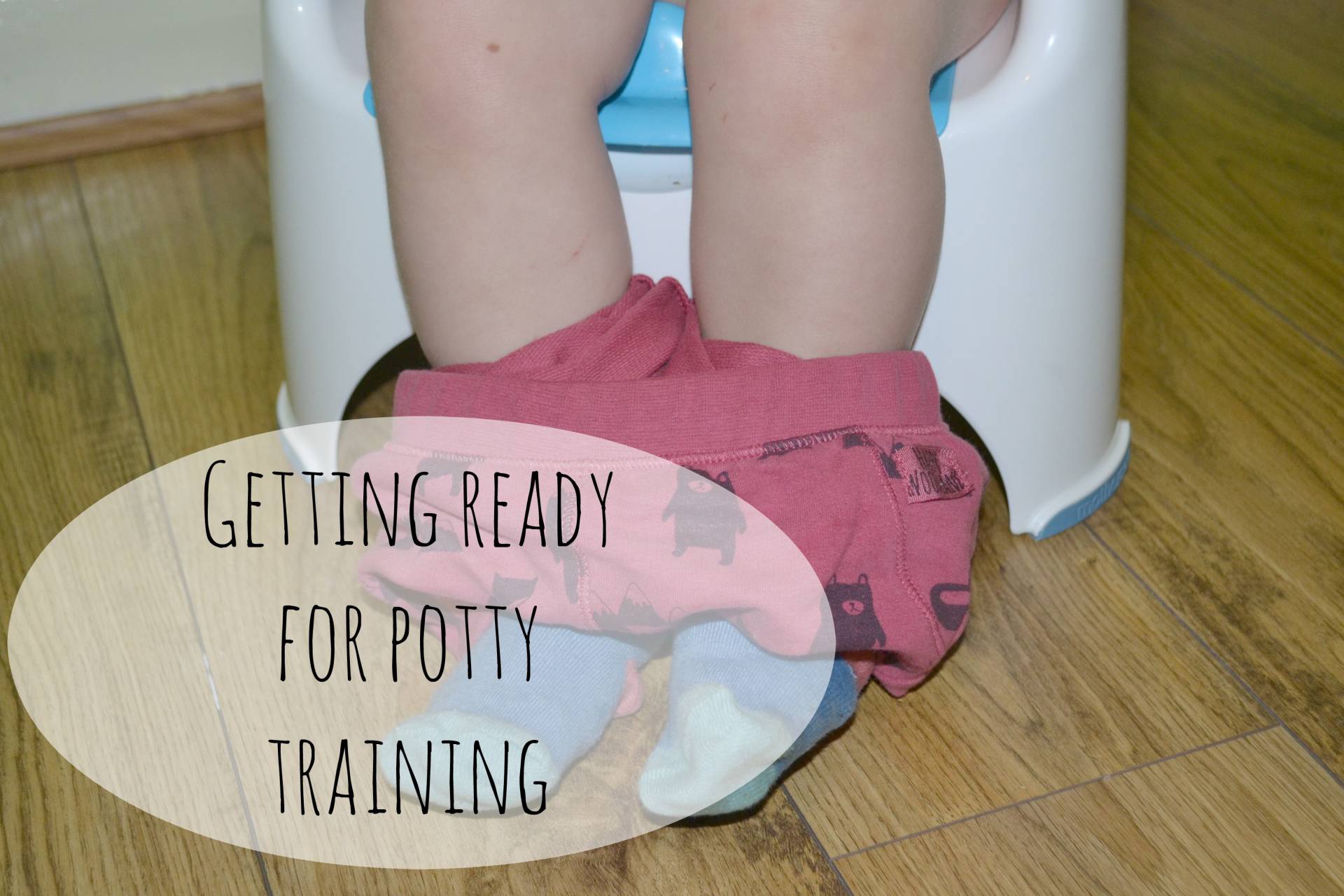 We’re away on a cruise over the little man’s second birthday but once we return I intend to give potty training a proper trial run. We’re stocked up with the essentials and over the last few months we’ve introduced the potty, ‘big boy’ pants and the joys of waving goodbye to a poo as it’s flushed down the loo. 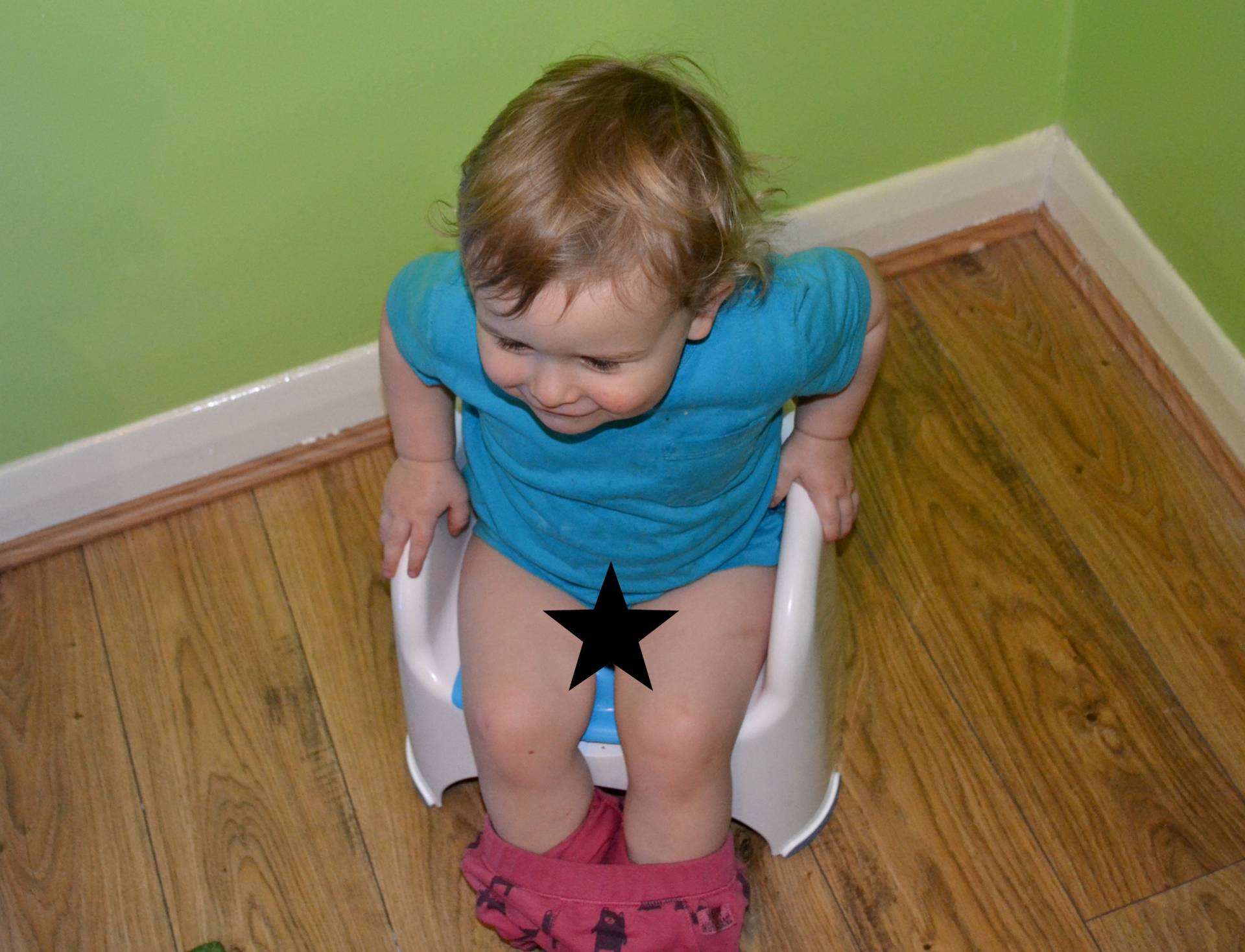 The little man has actually been pretty good. He’s done a couple of wee’s and poo’s on the potty and has even had a poo on the toilet (though I think his surprised face clearly showed it wasn’t intentional), but he doesn’t seem ready to get into a proper routine. Sometimes he’ll happily sit on his potty, maybe read a book, play with a digger, other times he’ll just say ‘no Mammy’ and refuse to go anywhere near it.

Whilst we’re still in the early stages I thought I’d share my potty training essentials with you. 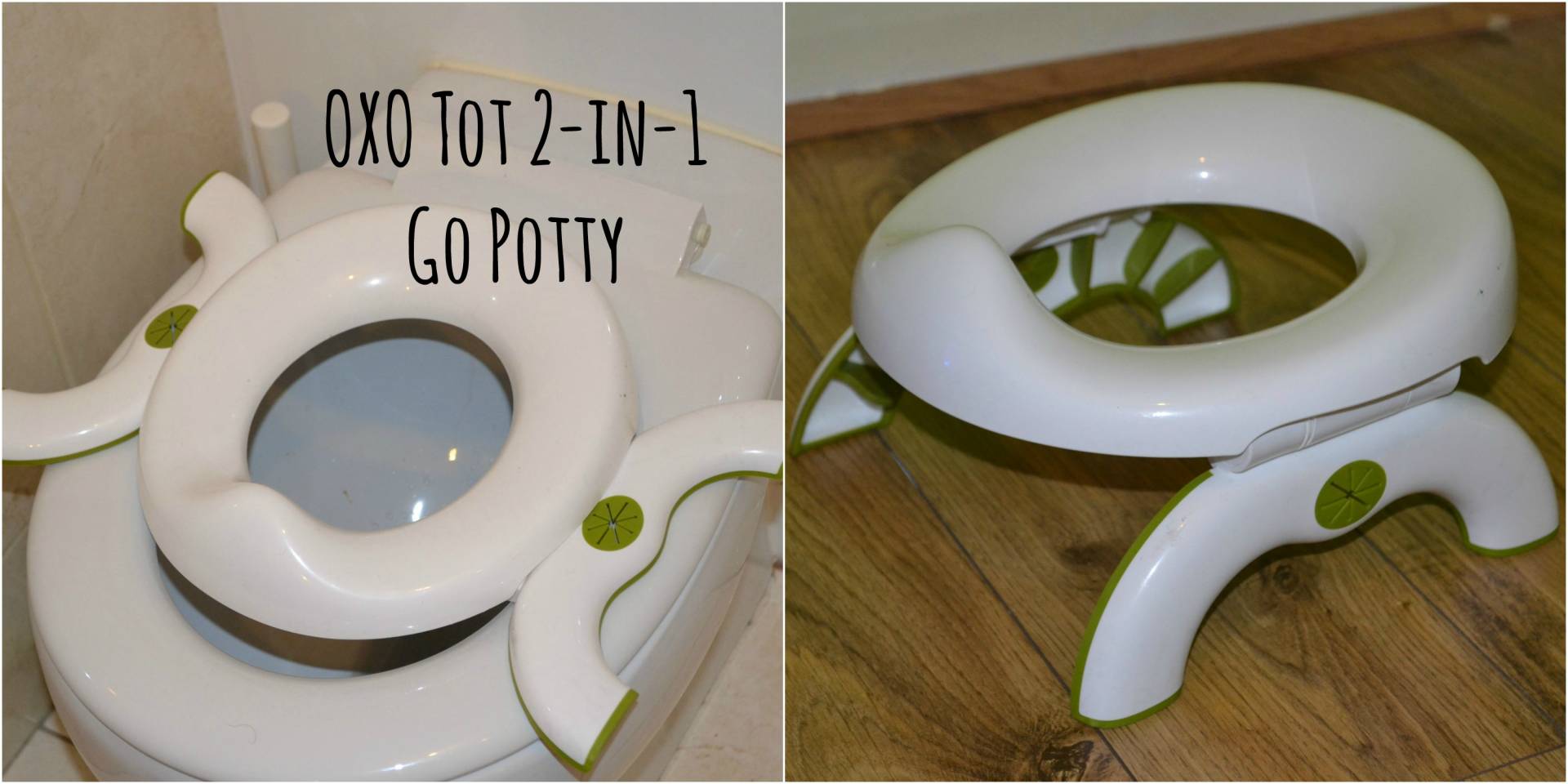 This is probably one of the handiest potty training items I’ve seen so far. It’s an extremely compact piece of equipment which can fold almost flat for easy storage. It can be used as a simple and secure toilet seat for little bums at home but its most effective whilst out and about. The Go Potty means there’s no massive urgency to run to the nearest look when you’re away from home, but ensures a consistent approach to potty training and is very easy to use. It comes with its own travel bag which can easily be washed and dried if needed

The legs on the Go Potty can be laid flat to use over the toilet or stood up so it can be used as an actual potty. Bags can be held underneath the potty using the flexible grips on the sides. Oxo Tot sell special bags that are designed to fit the potty but a standard carrier bag will also fit, just be wary of leaks!

The potty is very easy to clean as it has very limited crevices or grooves to collect dirt, the generous width of the shield around the seat means splash back is limited which I imagine would be rather off-putting for anyone, let alone a toddler.

It’s a good quality seat which looks like it will last. At just £20, it’s priced well for a multi use product and is a great investment when it’s potty training time. 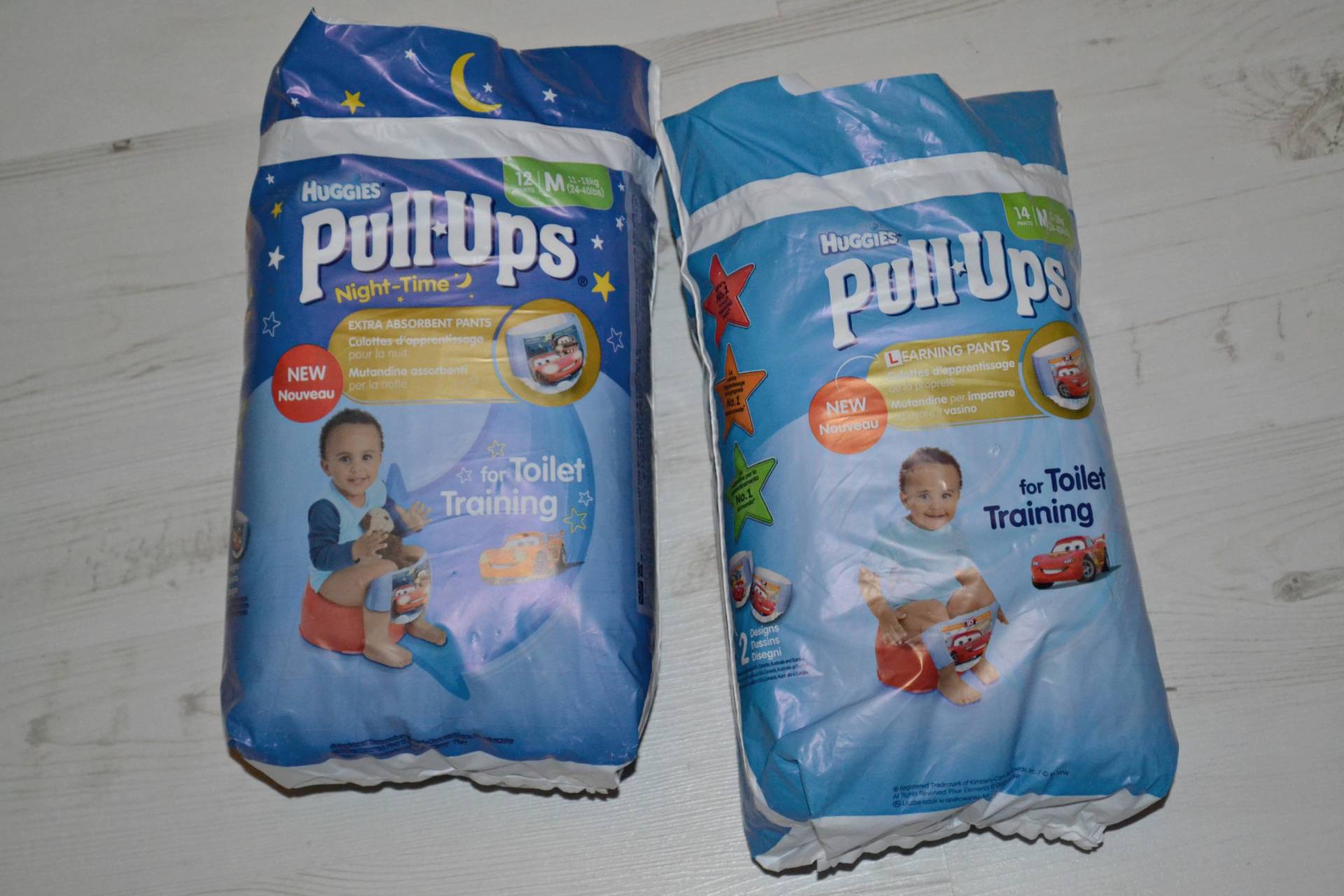 Huggies Pull-Ups are designed to encourage independence and allow you child to gain confidence in pulling up and taking down their own pants whilst also keeping them dry if required. Whilst I don’t want to rely on them too much, I’ve bought some for when we’re out and about for the first couple of weeks until he’s more used to the potty. 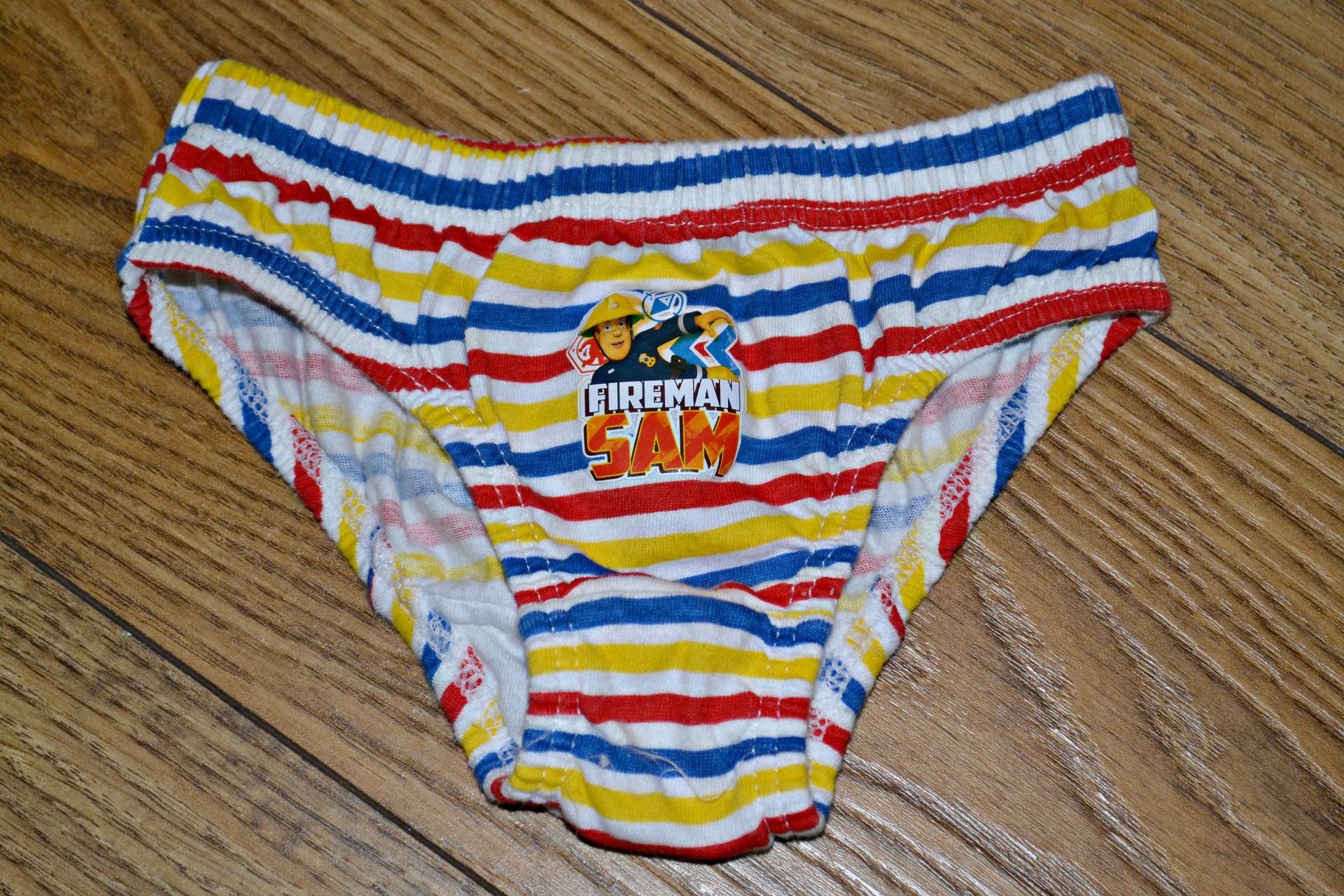 I’ve bought about 20 pairs of big boy pants for the little man. He picked out these Fireman Sam ones himself, and seems happy enough to put them on. I’m hoping that because he picked them himself, it makes him more interested in potty training. It can’t hurt having a good stash of pants, it will save having to wash the same couple of pairs repeatedly.

And lots of it! Whilst watching your little person get off the potty, pull of their pants and then do a huge wee may not be very fun, it’s important to stay calm and make sure you reassure them (even if you’re annoyed that you’ve got to change clothes yet again).

Do you have tips or tricks for potty training?