It can be difficult finding new and entertaining things for a toddler to do so I’m always on the look out for new places to go and things to do.

I’d recently heard about a place called Little Town, a newly opened Newcastle play centre which focuses on imagination, social interaction and creativity. It’s very different to the places we usually go and something that sounded really unique. 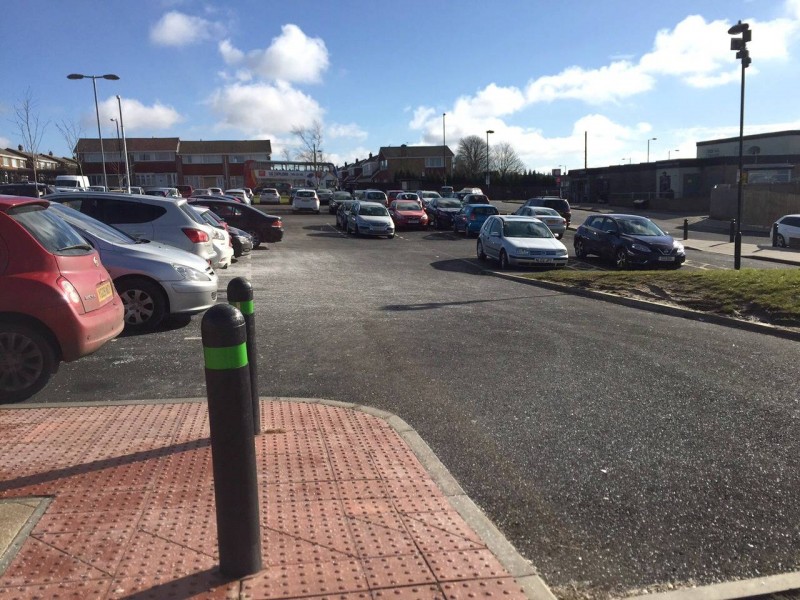 Finding Little Town was easy, even without a Sat Nav. Rather surprisingly it’s located on a housing estate in the Chapel House area of Newcastle. Parking is free in a car park near Tesco at the rear of the Little Town building. 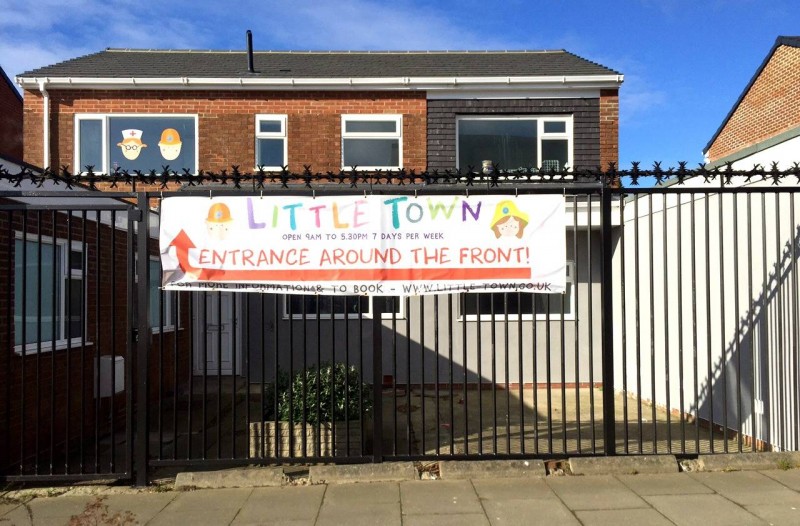 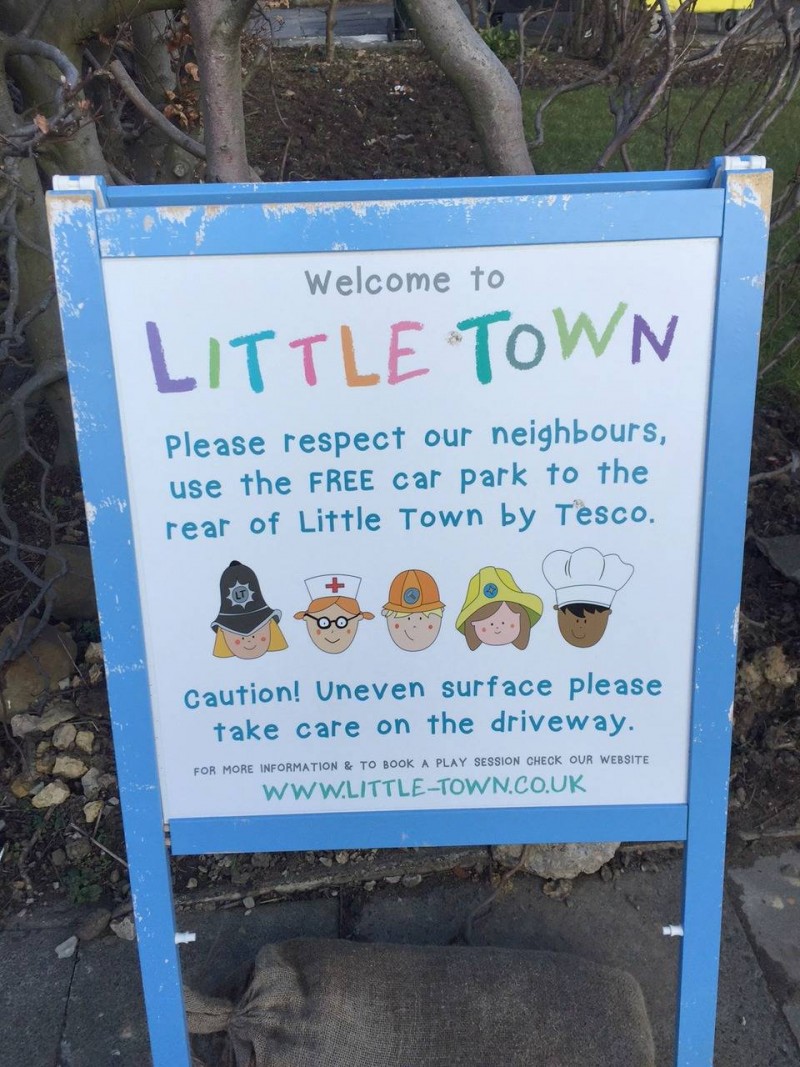 I didn’t really expect Little Town to be in a residential dwelling, albeit a reasonably large one. I’d anticipated a warehouse or some thing similar so my first thought was ‘ how on earth would you fit 22 children in here?’. 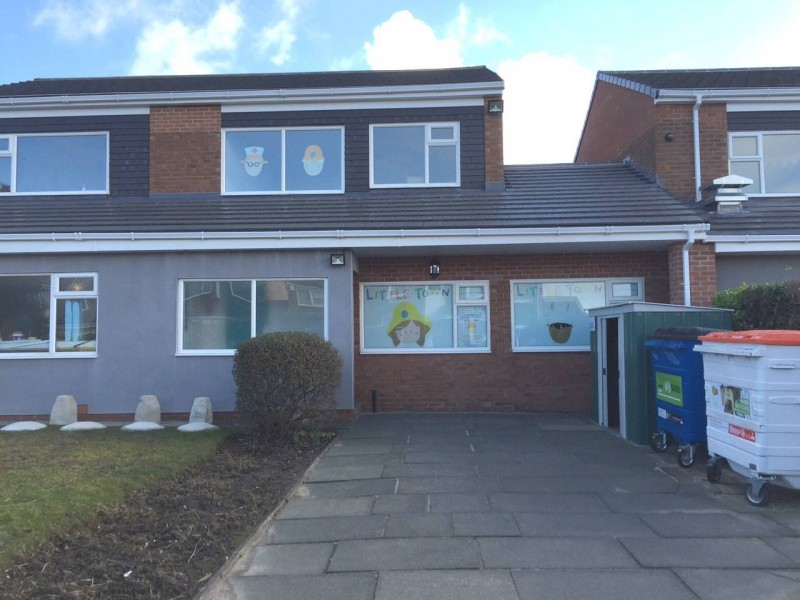 When we arrived we were greeted at a small hatched window by a member of staff who marked us off her booking list and pointed us in the right direction. There are small lockers near the entrance where you can store your belongings and your shoes which must be removed when entering Little Town. Note these lockers do not lock, so I wouldn’t advise leaving any valuable in them. 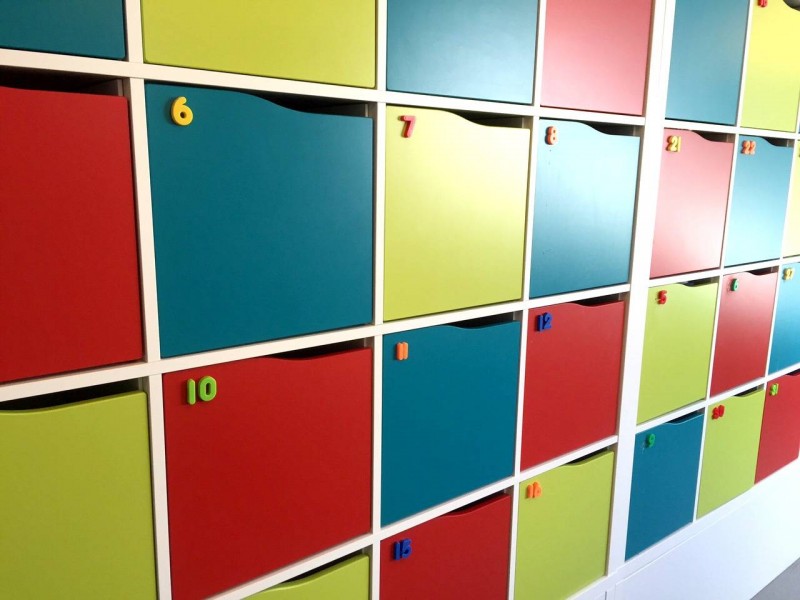 Literally, the core of the property has been taken out leaving a mostly open plan space which has then been divided into named areas using low dividing walls.

The play area is quite a bit smaller than I’d imagined but does look aesthetically pleasing. It’s light and bright and ideal for younger children. There were around ten children at Little Town during out visit, ranging from a pre walking baby to a child of around 5 years. I found that a reasonable amount for the space available, although there was still some congestion in certain areas. I can’t imagine how 22 children would fit into the space without it being very over crowded. 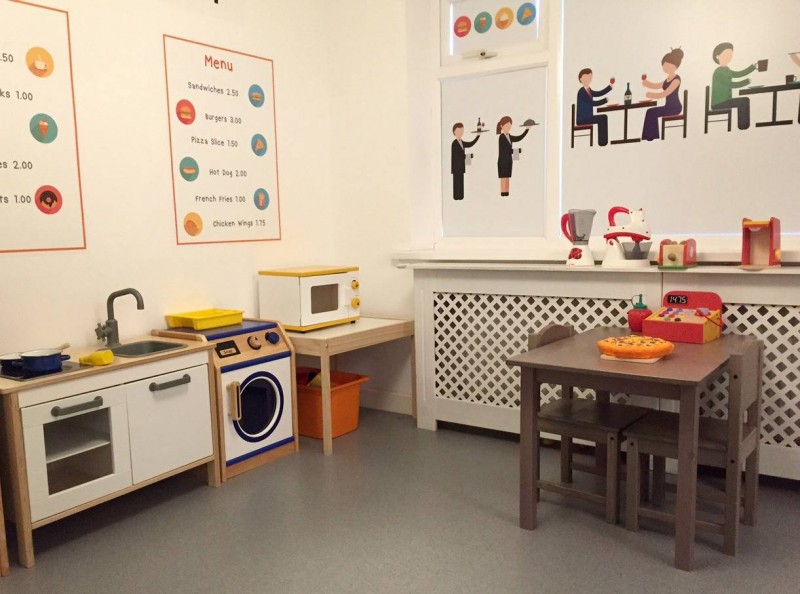 There are sections such as the cafe, doctors surgery, supermarket and a construction area with a decent amount of pretend building bricks. 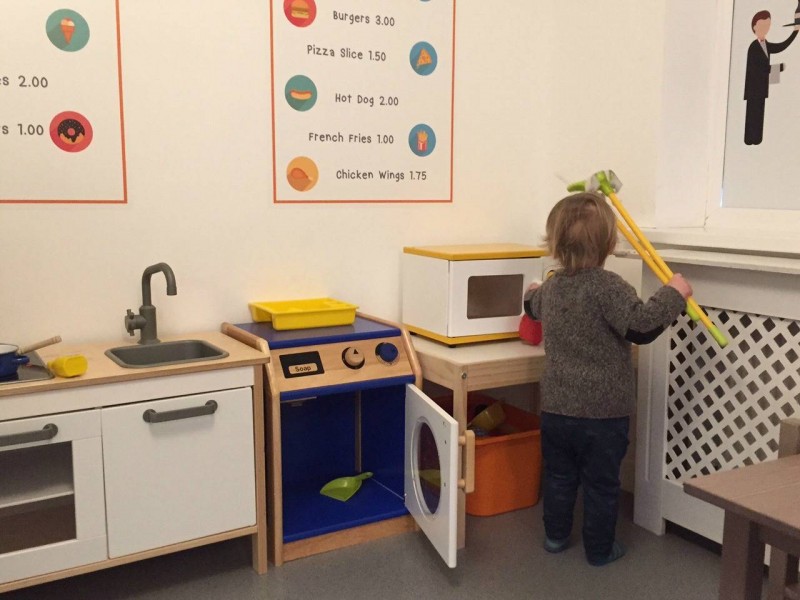 There are a row of dressing up costumes, lots of imaginative play items and a couple of ride on toys dotted around Little Town which children can use. 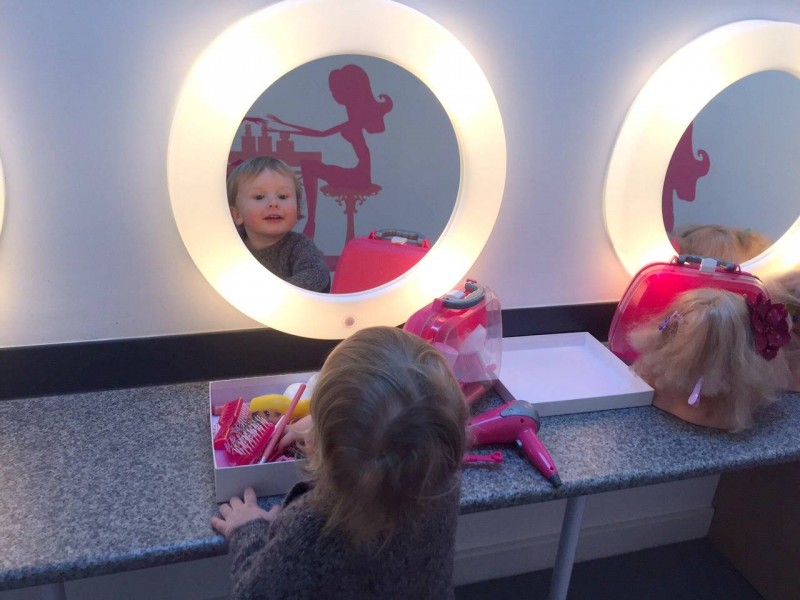 I found each of the areas clean and tidy with plenty of toys to play with. The little man was able to move round each area and play with things but I think it would be much more difficult for younger children if it was busier. 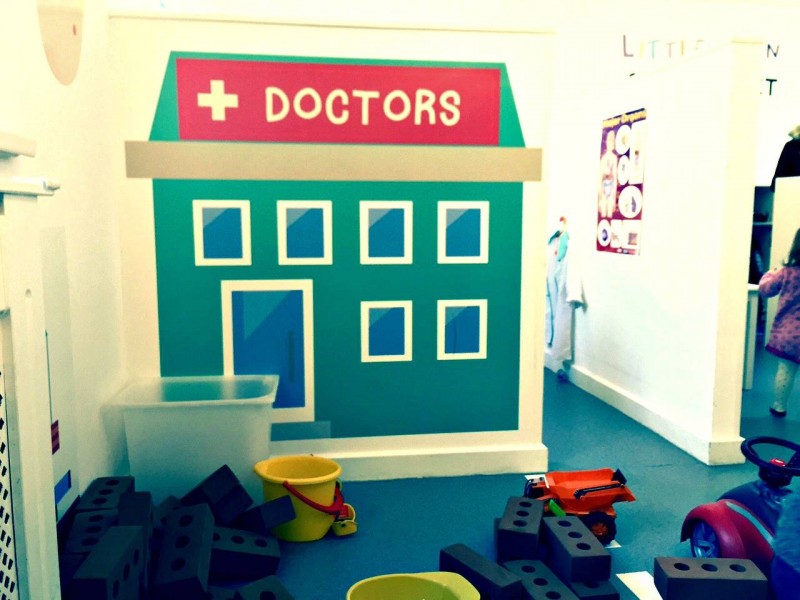 There was a member of staff constantly walking the floor of Little Town while we were there. She was friendly and polite but I was rather surprised she had very little interaction with the children. 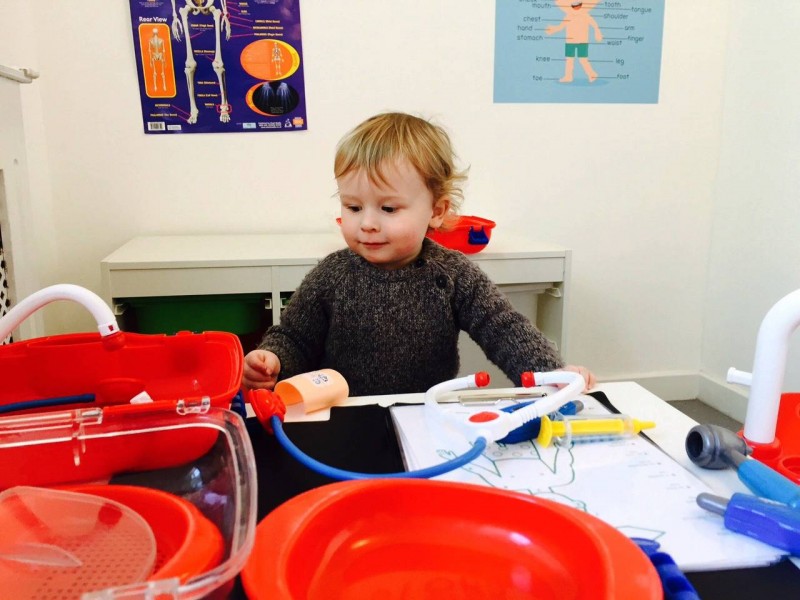 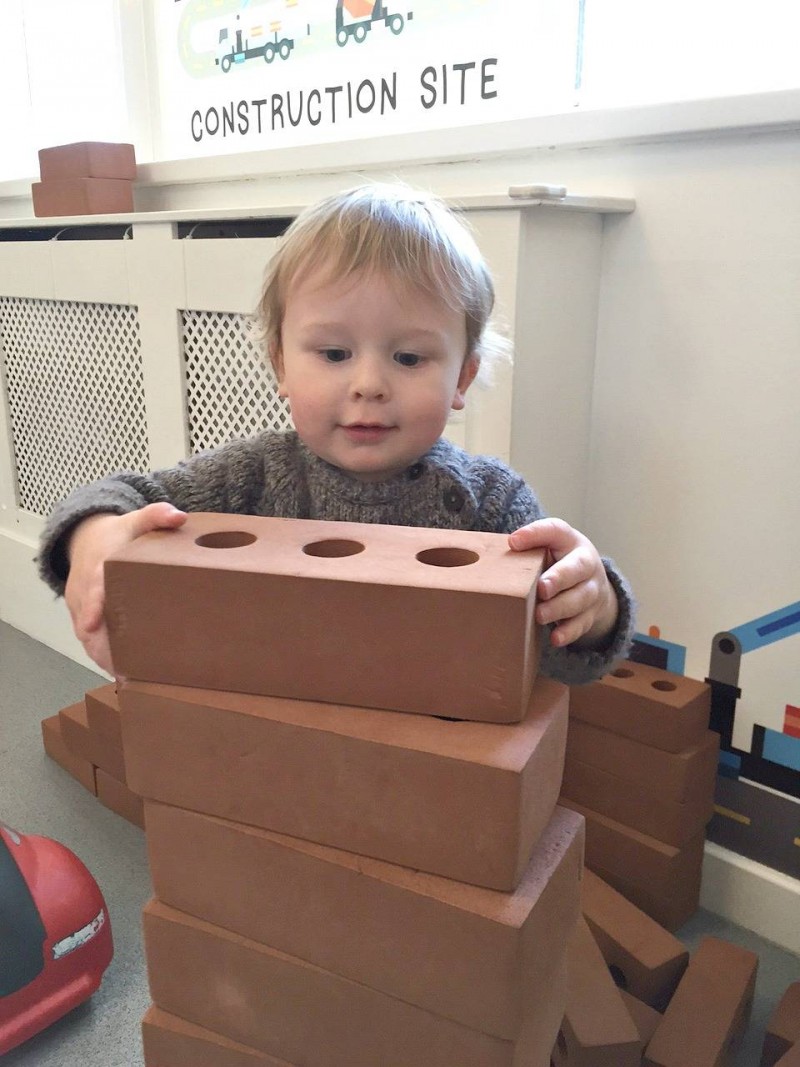 The little man really enjoyed the construction area and spent time repeatedly building a tower and knocking it over. He also enjoyed the supermarket area where he could wander round filling a shopping basket with plastic produce from the shelves. 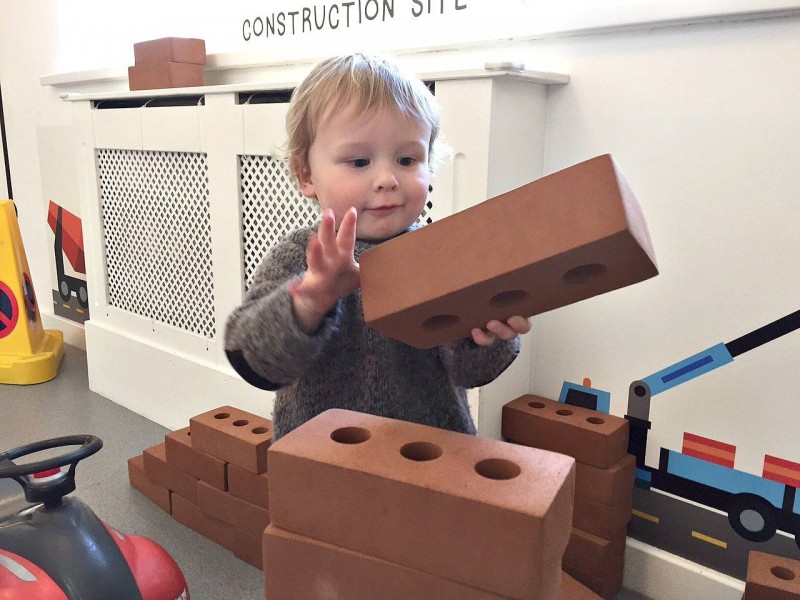 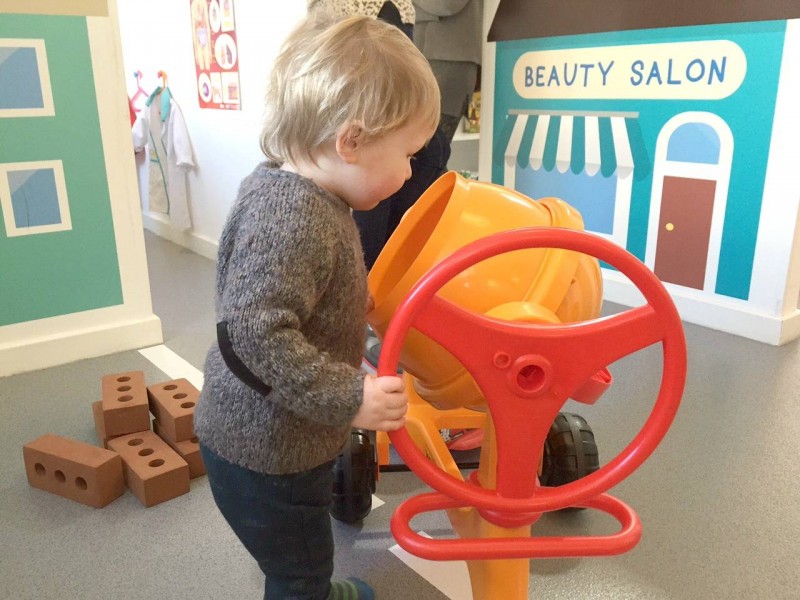 The only thing I think spoils Little Town is the amount of adults inside the play areas. The areas are quite narrow and the adults all seem to congregate in the entrances which blocks them for others and may intimidate younger kids. I think during busier periods it would cause lots of issues.

What could be better

We would return to Little Town but I don’t think I’d make it a regular thing. The little man enjoyed it but he enjoys most activities we go to. I do think it makes a nice change to soft play though and I think it would make a great location for a toddler group. 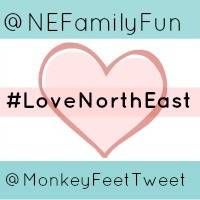