Cagliari was one of the stops on our recent cruise on the Norwegian Epic. It wasn’t somewhere I’d even heard of but it’s actually the capital city of Sardinia and the 26th largest city in Italy. We explored the city on foot with our little toddler traveler.

Once we’d disembarked the cruise ship we used a shuttle bus for the short journey to exit the port area so we could start exploring the city.

We found we were able to visit most of the main tourist attractions on foot but there were plenty of buses, horse-drawn taxi’s and shuttle buses which you could hop on if you wanted to do less walking.

We opted to stay in the city itself but you can get a bus to Poetto beach from near the port area if the weather is nice. 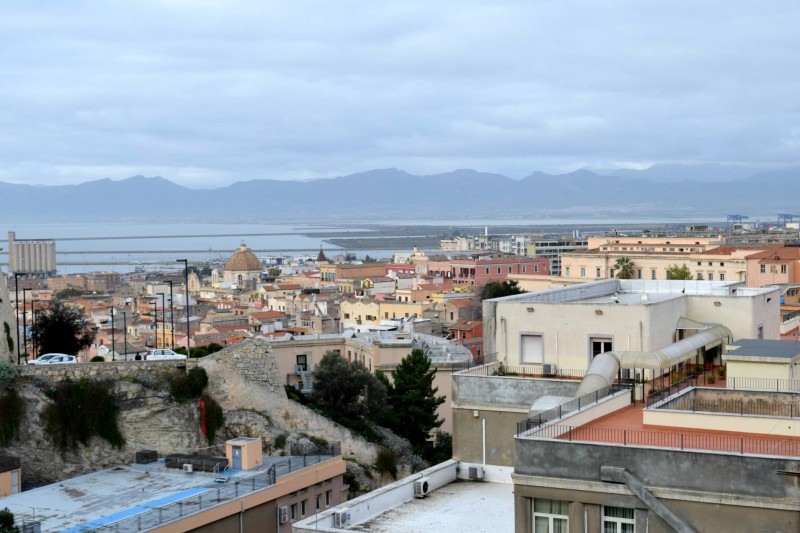 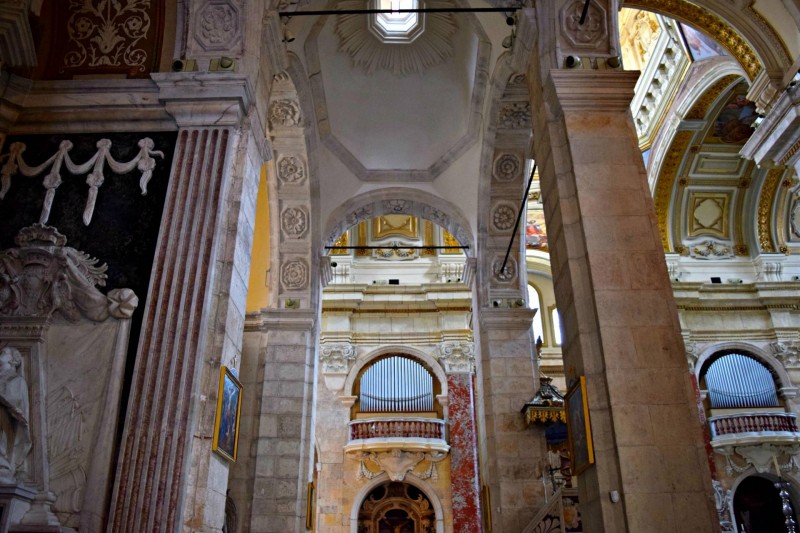 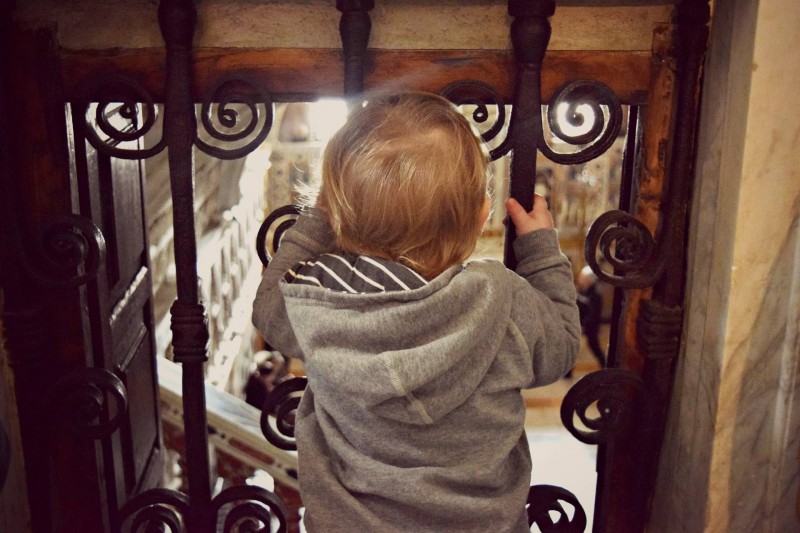 We wandered round the city until we came across The Cathedral of Santa Maria. Dedicated to the Blessed Virgin Mary and and built during the 12th century, it looks very simple from outside but the Pisan style interior is breathtaking with amazing baroque ornaments and ornate ceilings. It’s absolutely stunning. I felt a little intrusive taking pictures as the Cathedral had quite a serene and calming atmosphere inside, so I didn’t get very many shots.

Entry was free and relatively quiet so we were able to wander round the Cathedral taking in the view. 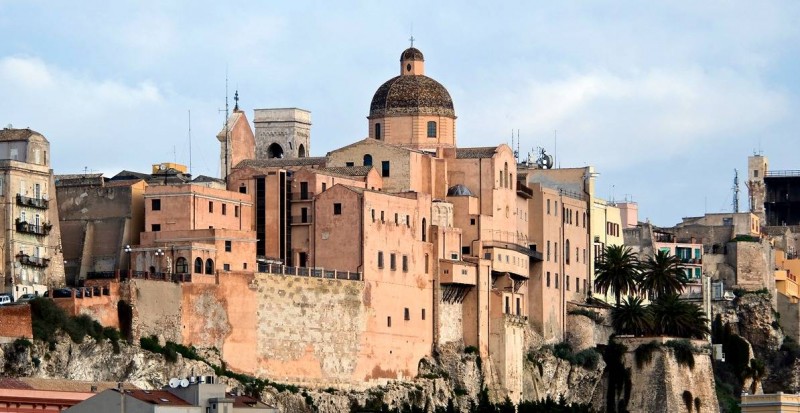 Castello is the historial area of Cagliari and located at the top of a steep hill. You can access a lift from the lower part of the town usually for a few Euros but unfortunately during our visit, it was out of order so we decided to walk! We walked up the winding streets easily with the little man in his stroller, the weather was cool which made it easier but I think it’d be much more of a difficult walk during the Summer months. There are beautiful views across the Gulf of Cagliari from Castello, and it’s a must see location for photography fans. 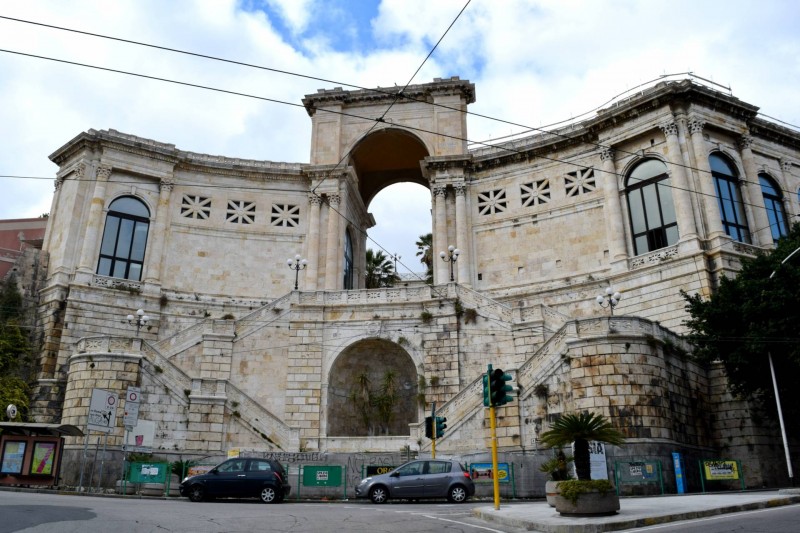 The Bastione di Saint Remy is an impressive fortress, overlooking Cagliari, located in the heart of the city. It offers great views across the ancient city though is currently undergoing some refurbishment so some of the building has scaffolding and building work with no finish date in site apparently. 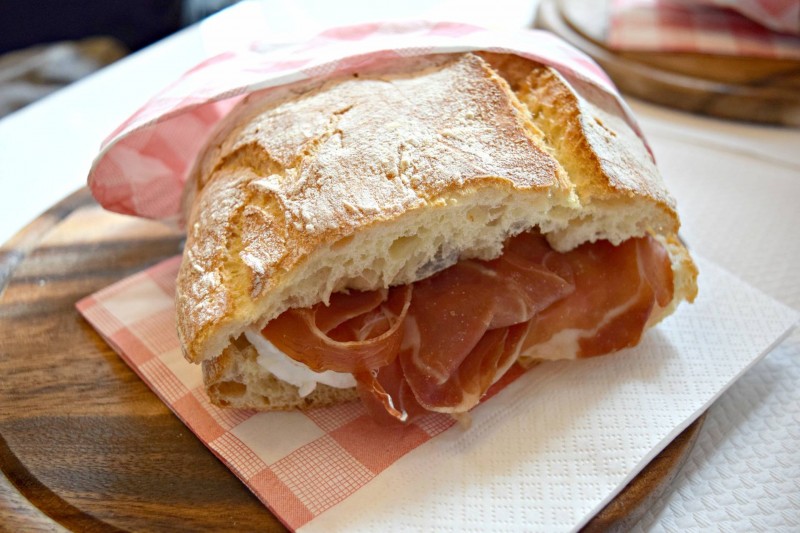 We stumbled across Cafè Leonardo on Viale Regina Margherita which was just over the main road from the port. A cosy cafe/bar with a super friendly woman serving. We picked up two huge sandwiches and two coffees for 10 Euro’s and watched the world go by outside.

We also tried to visit Orto Botanic gardens while we were in Cagliari but when we eventually managed to find it (signage in Cagliari isn’t that great) it was closed. 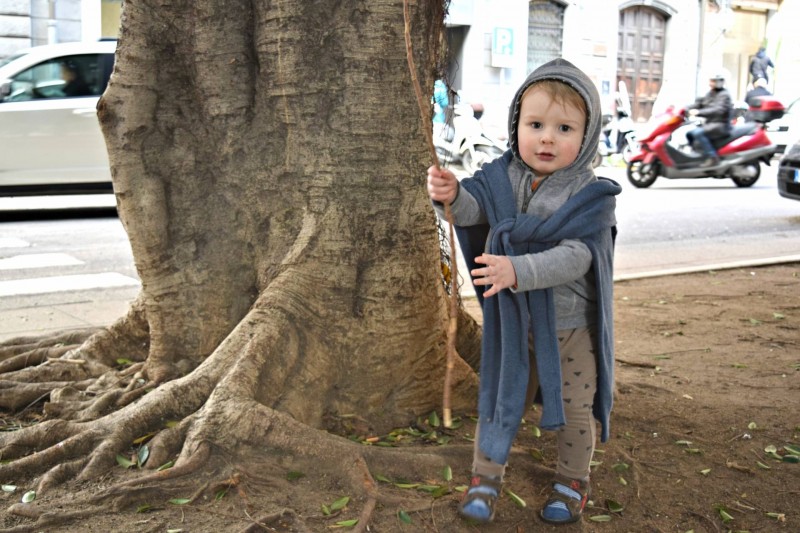 If you don’t fancy checking out any of the local attractions you can also find a stick, wear your Daddy’s jumper as a cape and run round like a lunatic. 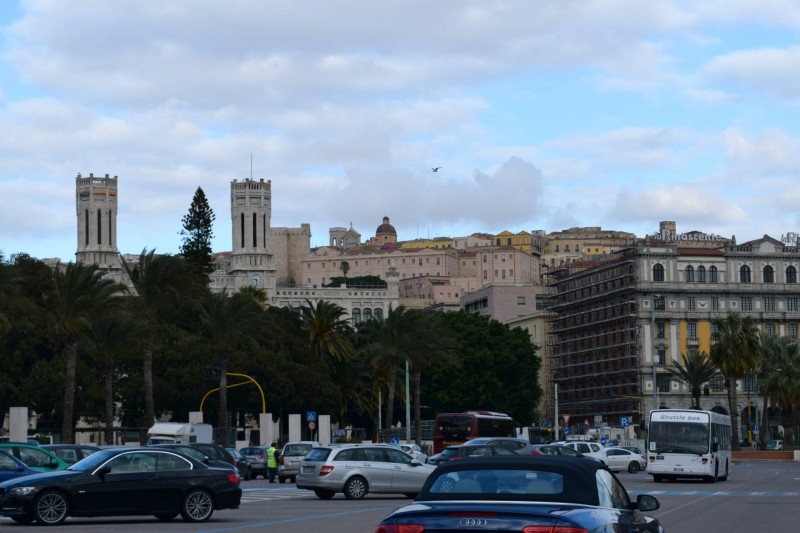 Cagliari was a friendly city and some of the architecture is beautiful, particularly inside The Cathedral of Santa Maria but we did find a lot of the buildings dilapidated and very run down, especially those that are slightly off the beaten track but the people we friendly and great with the little man.