It’s rare for a new toy to catch the Little Man’s attention, he tends to stick to his favourite cars and trains. However, he was recently sent a brand new Crate Creatures Surprise from MGA Entertainment and he’s hardly put it down. 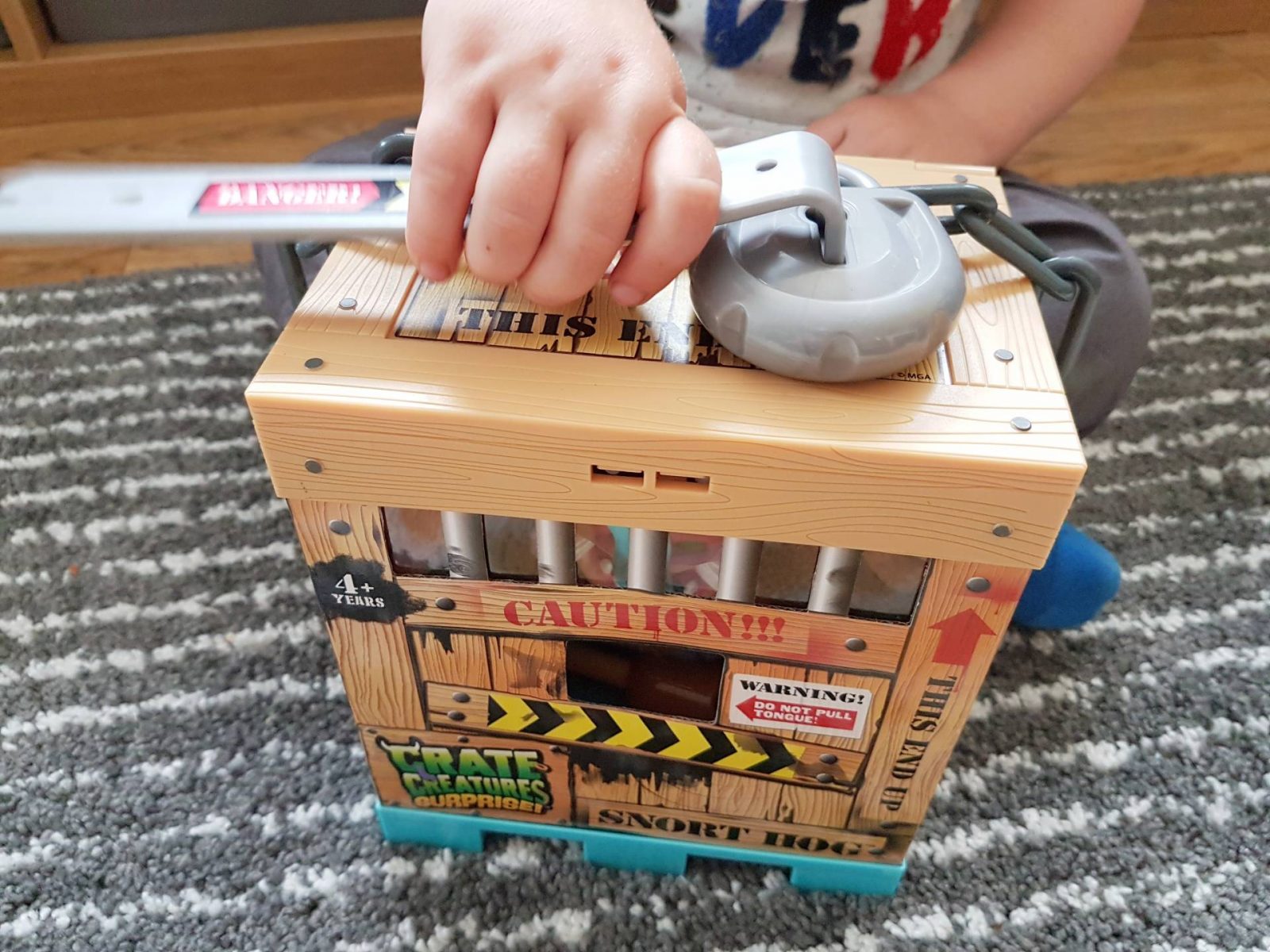 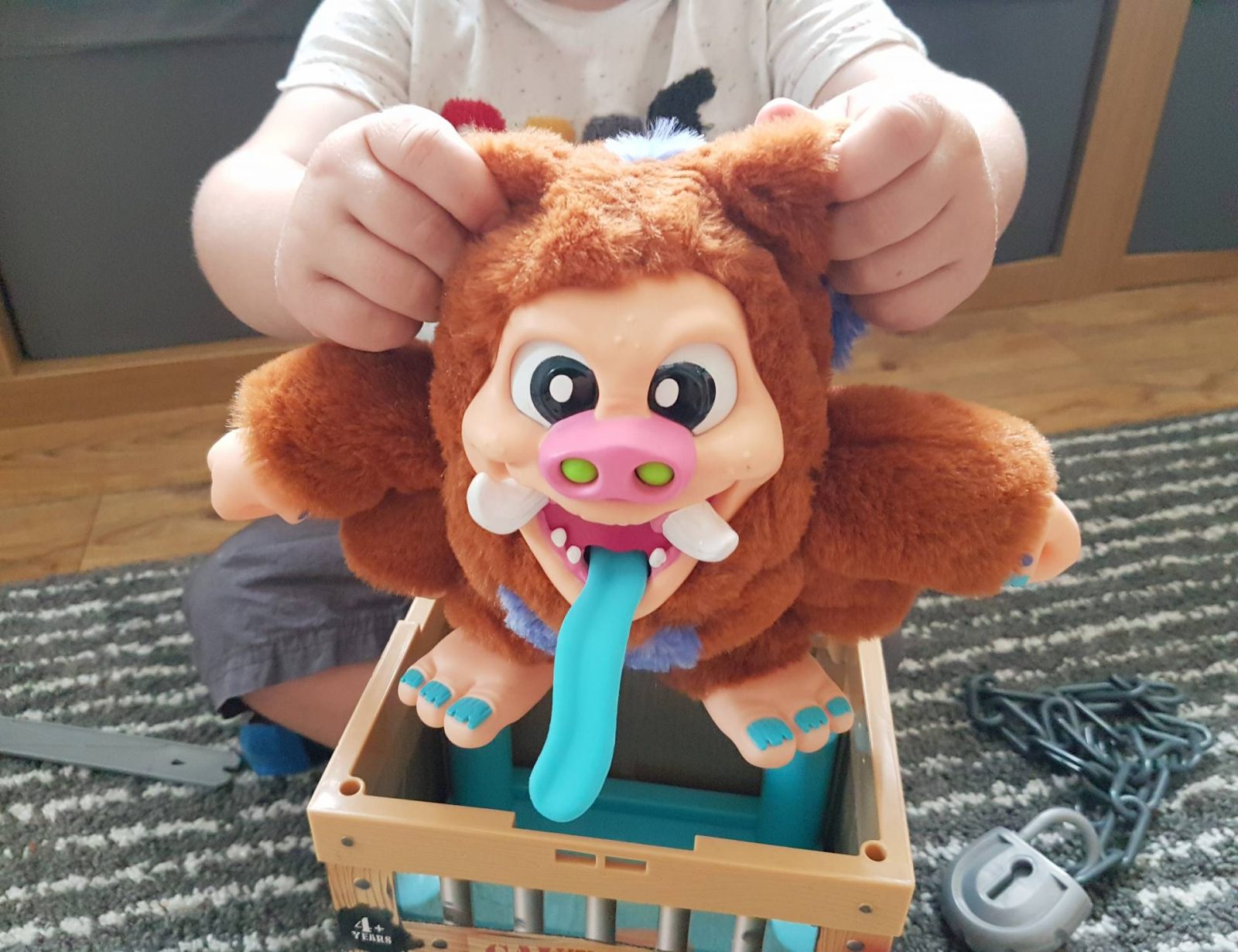 There are four different Crate Creatures available, Blizz, Pudge, Sizzle and Snorthog. We were sent the latter, Snort Hog who is from the muggy jungles of Tuskk. He loves digging up treats to eat and blowing out unpleasant bogies from his nose. You have been warned! 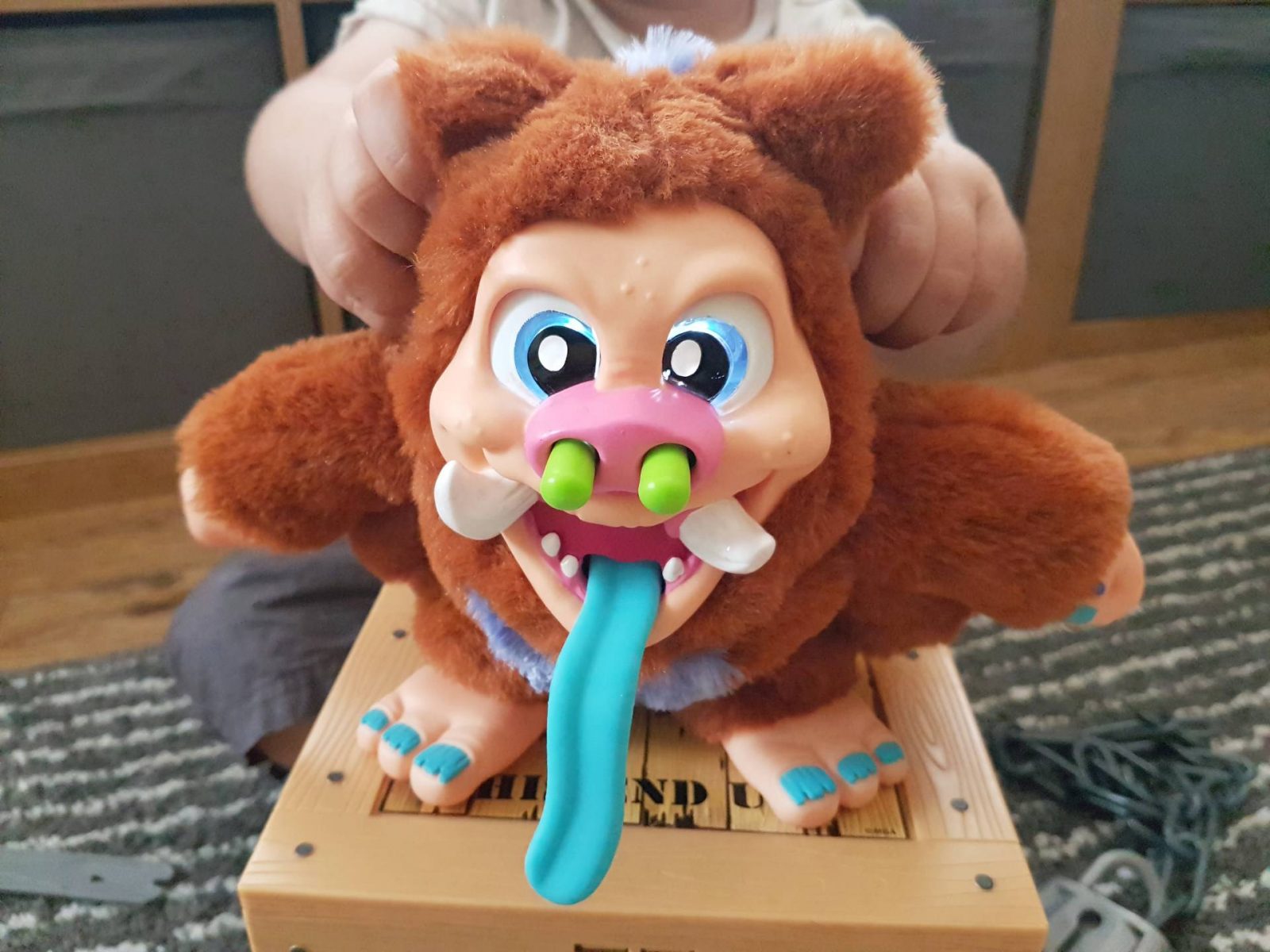 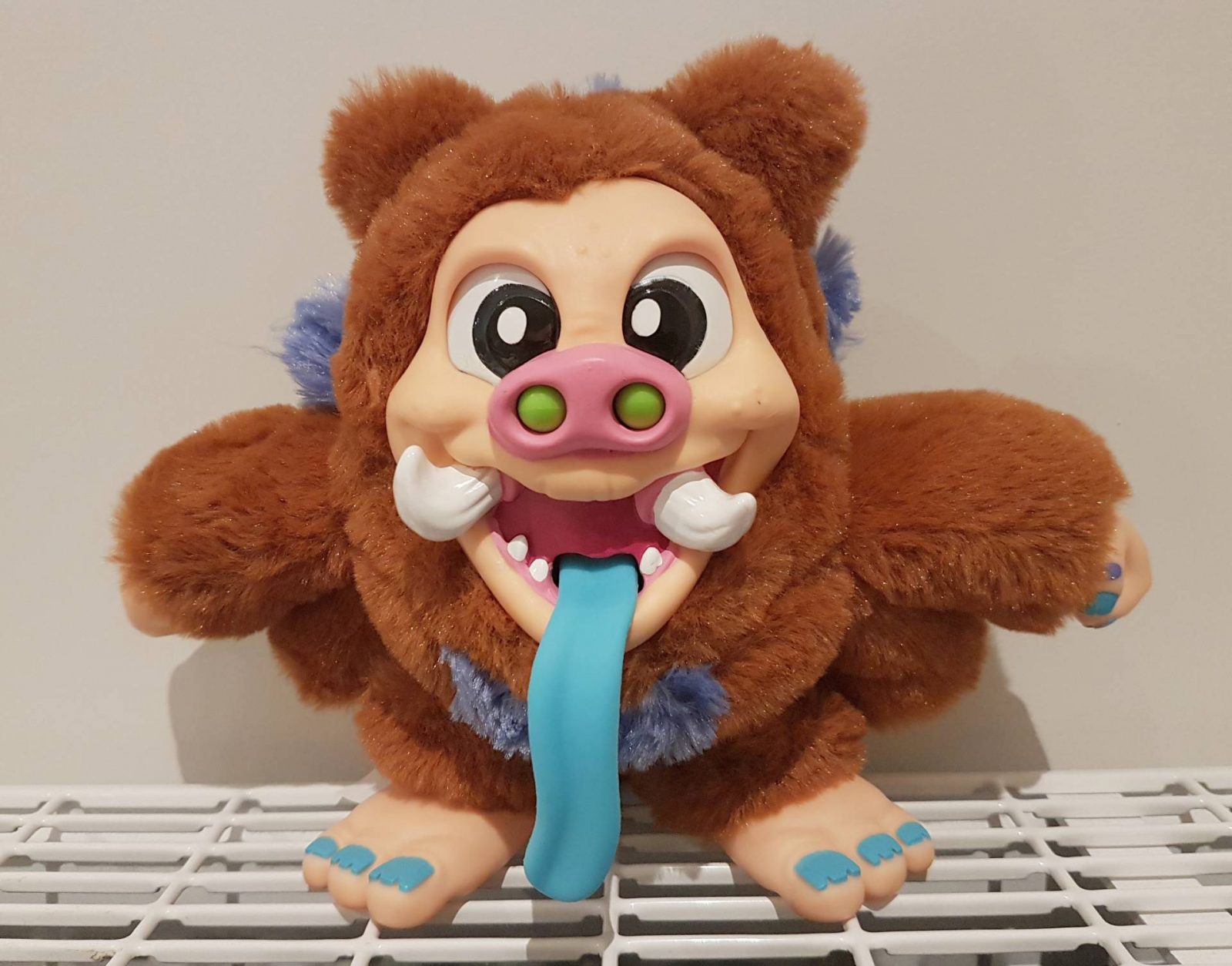 Snort Hog comes in his own special crate crate which is both the toys packaging and a reusuable ‘home’ which comes with a crowbar to open and close it again and again. Wrapped up with a chain and padlock, the crate is a great place to store Snort Hog when not being played with and the crow bar fastens onto the side so it’s less likely to get lost. 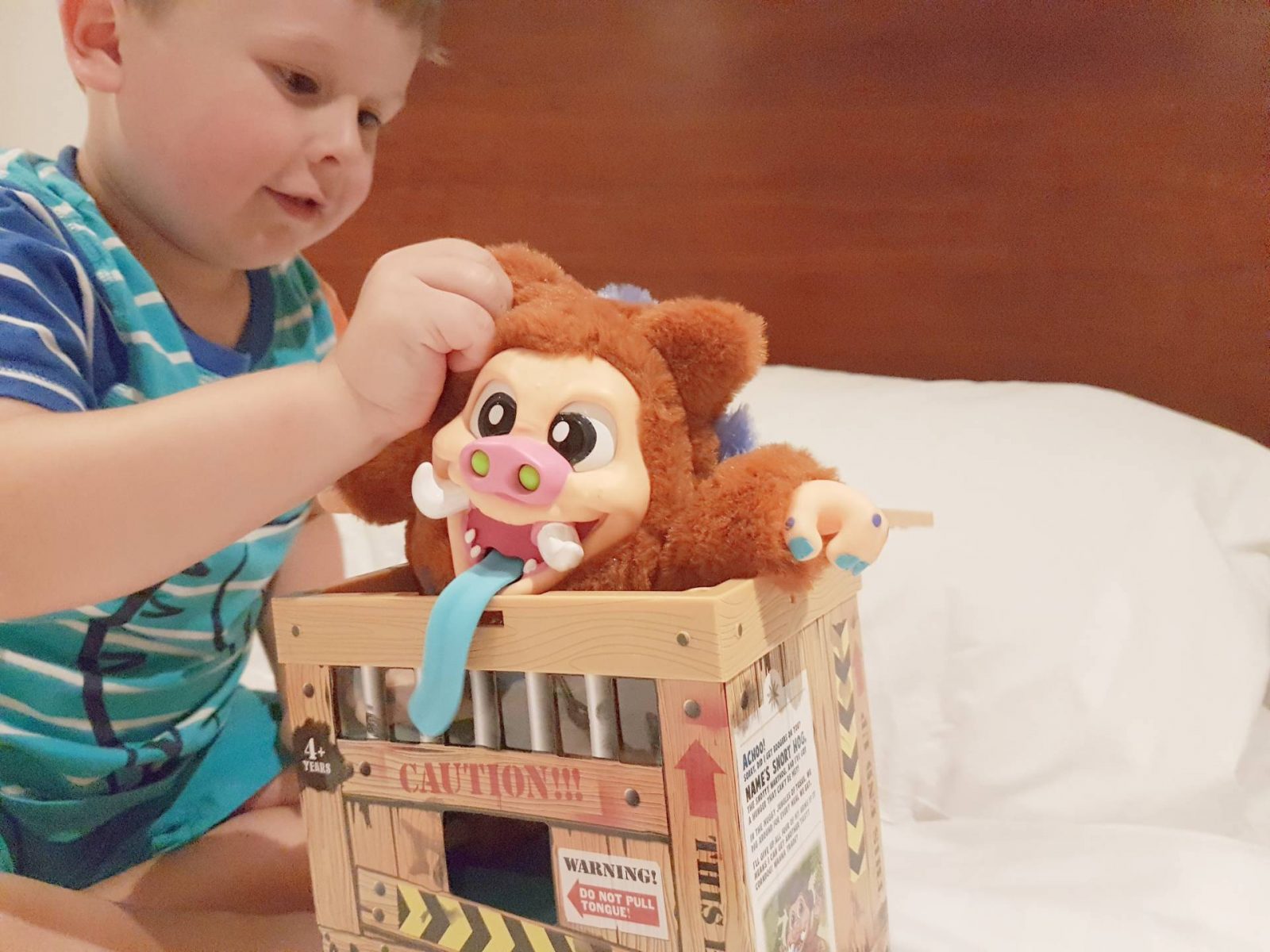 Snort Hog requires 3 x AA batteries which come with him so he’s read to go as soon as he’s unleashed from his crate ( always handy when you’re a parent who always forgets to buy batteries!). 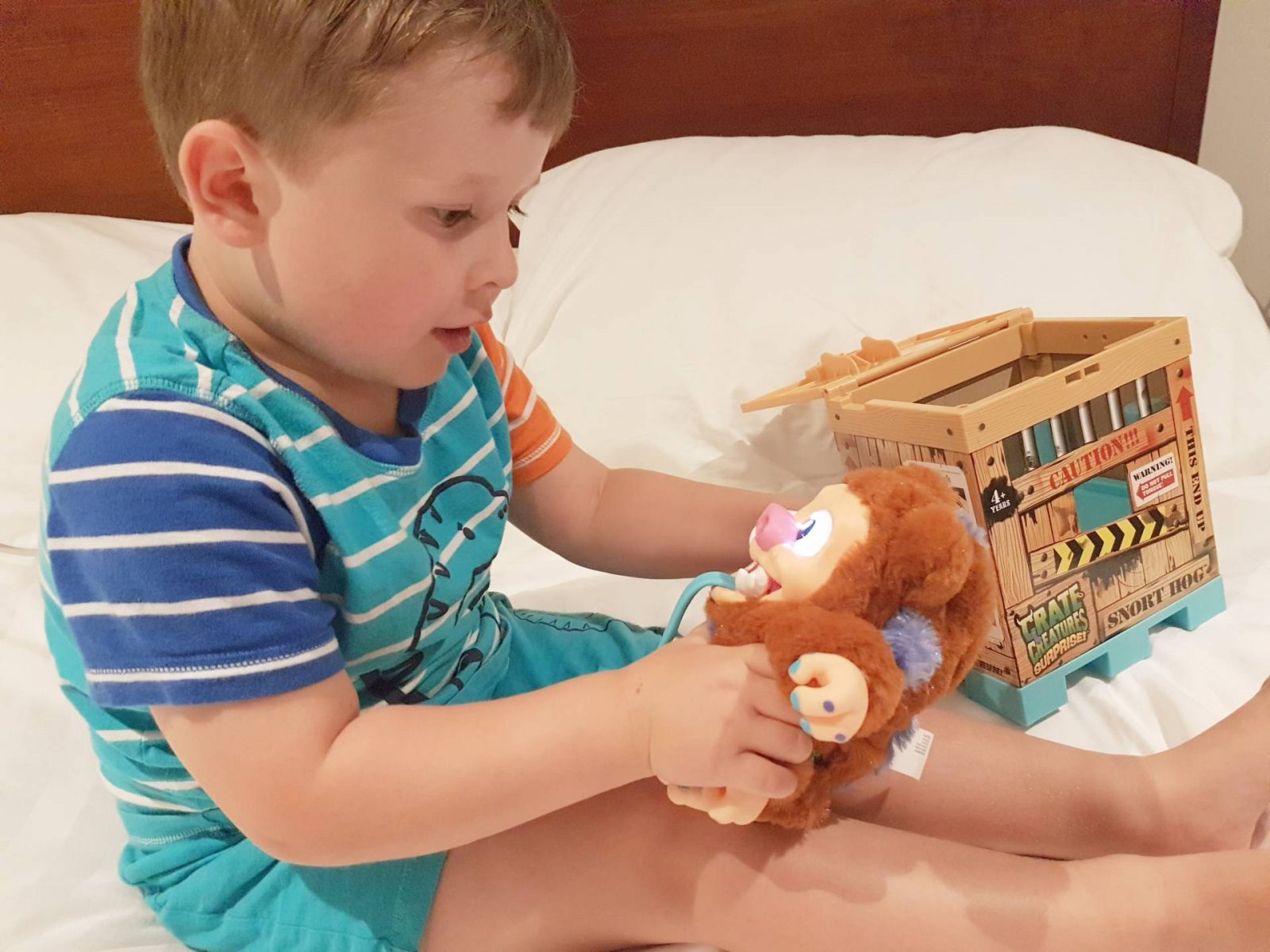 Snort Hog is a weird looking creature whose body is mainly brown fur with funky blue nails, a pink snout and long blue, protruding tongue. He’s a bit scary and a bit cute all at the same time.

If you pull on his long tongue he will make some strange noises, his eyes will illuminate and he will vibrate in anger. 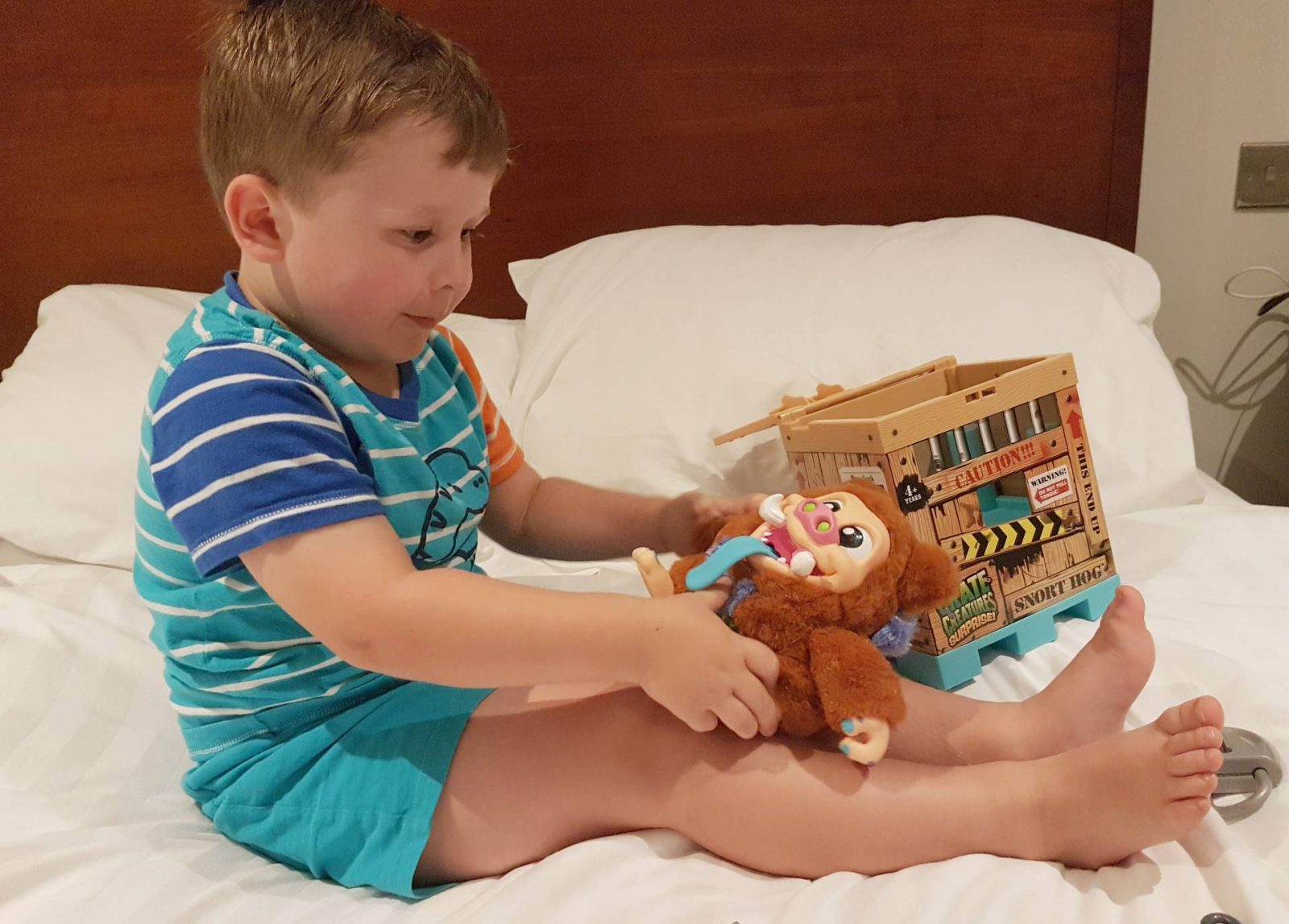 If you dare to spin him round or turn him over, be prepared to hear him grumble and groan until he’s put back the right way.

Snort Hog comes with his own Corn Dog that can be place in his mouth. He’ll eat and then burp in delight at his favourite food.

The Little Man’s favourite feature is the voice recording feature. You simply press Snort Hogs tummy, wait for him to finish speaking and then record your voice which can then be played back with Monster sound effects.

You can see some of his features in action in the video below.

Crate Creature are suitable for ages 4 and above and are very clever toys which will help kids explore their imagination. They will be firm favourites for both boys and girls and are available at Smyth’s Toystores for £39.99. The Little Man absolutely loves Snort Hog and has already mentioned how much he’d like to add Pudge to his Christmas list.