Products sent in return for an honest review

Morphle was created way back in 2011 by Dutch animator Arthur van Merwijk but only started to grace our screens on Netflix in 2019. It can also be watched on TinyPop and YouTube.

Little E has been obsessed with the TV show, My Pet Morphle since he discovered it s few months ago and I’ll be honest, it’s none offensive and a relatively sweet pre schooler TV show. It’s best suited to children 2 to 5 years, though I have seen my 7 year old having a sneaky watch as well.

The show focuses on a girl called Mila whose dad runs the only magic pet store in the city where all the pets have their own unique magic powers. Mila has a magic pet called Morphle, an excitable red creature who can morph into anything that Mila can imagine. Morphle also has an has an evil twin caller Orphle ( he looks like Morphle but he’s green) he has the same morphing abilities as Morphle but tends to use them to be naughty, rather than good. 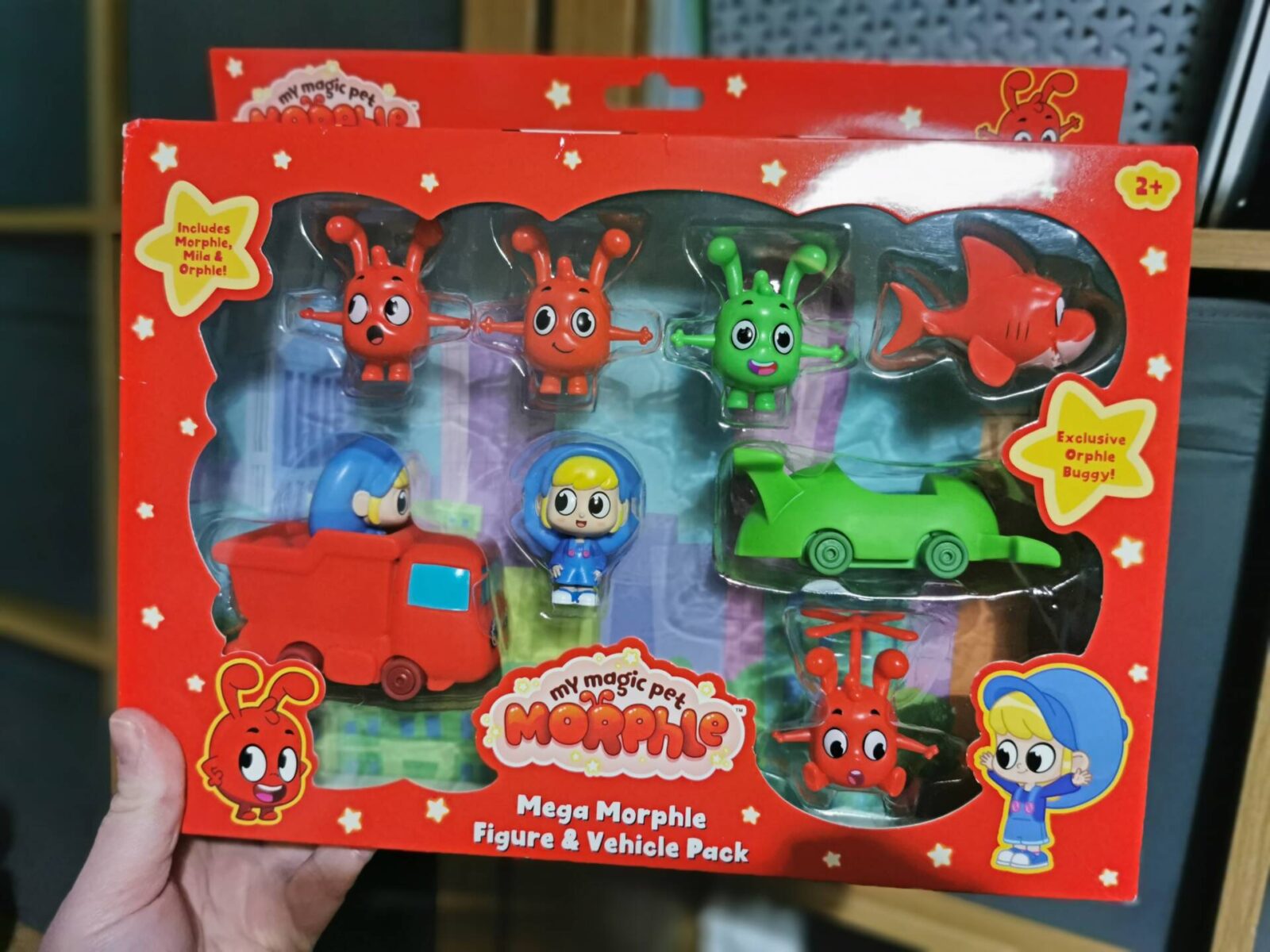 Inevitably, there is now a range of toys to coincide with the TV show – just in time for Christmas! I knew Little E would love the toys as much as he loves the show so I jumped at the chance to review them.

The range of toys is quite small at the moment and can only be purchased at Smyths Toys Superstores and Amazon but I think it will be a hit with any Morphle fan. 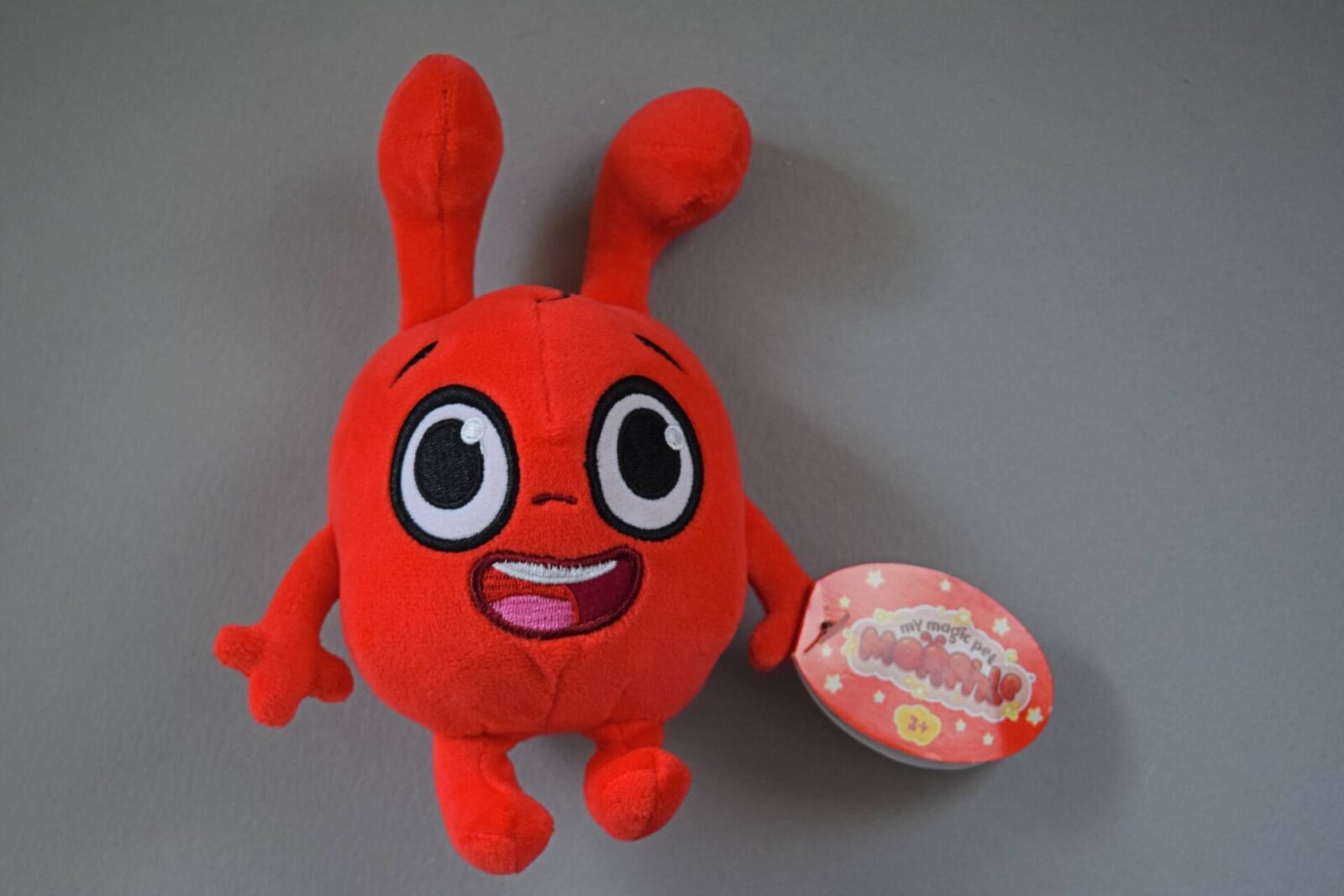 The red Morphle plush is a small, soft version of the character. It’s a nice size for little hands and perfect for cuddling. There are three different versions available to collect ( I think it’s just the expression of his face that’s different) and they’d make an ideal stocking filler at Christmas.

The 8 piece character and vehicle set contains the shows characters which are instantly recognisable including Mila, Morphle and a naughty green Orphle. 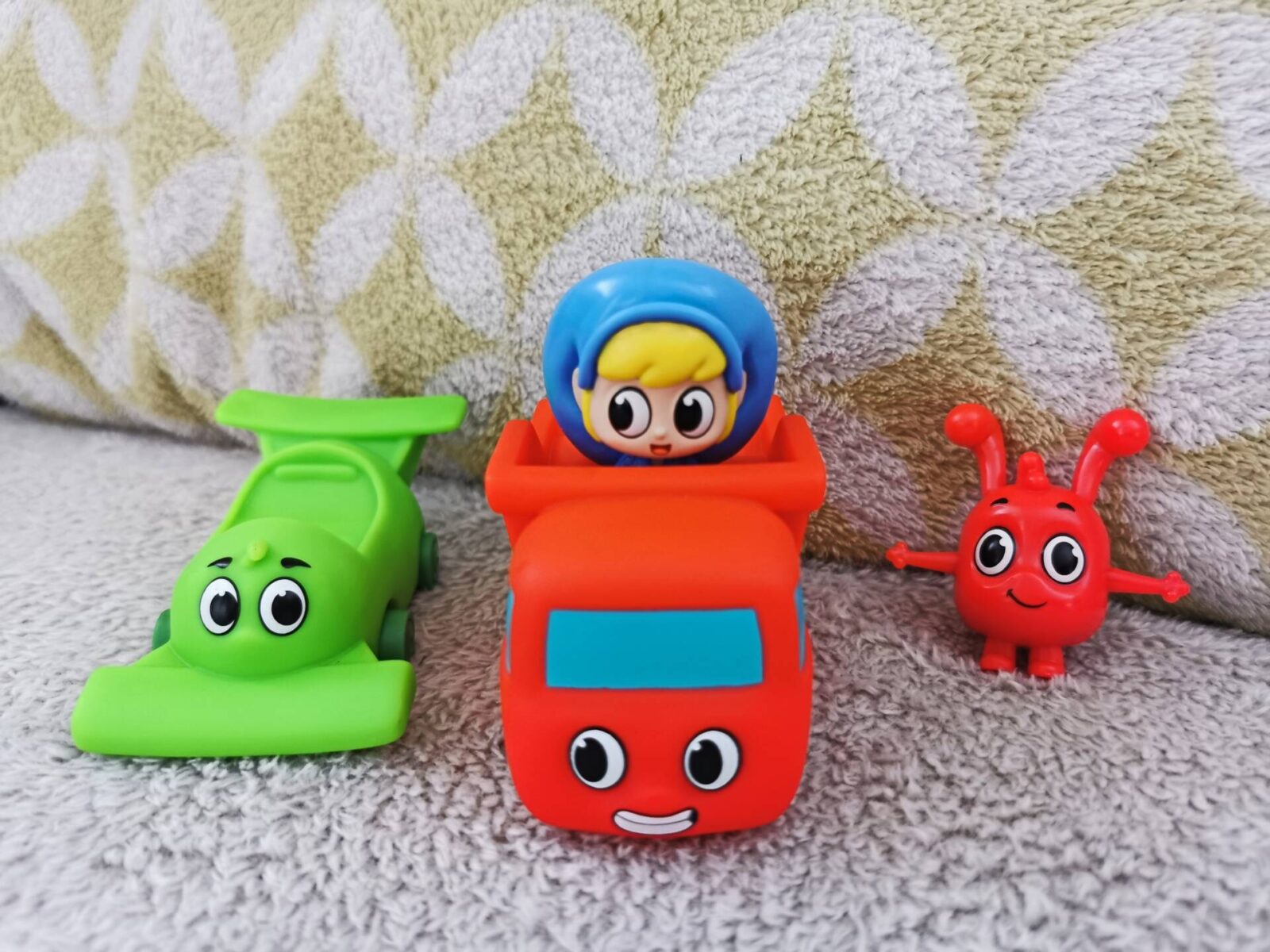 The characters are made from a robust and sturdy plastic which is very brightly coloured. Although some of the characters do look a little small on first inspection, they have no small parts and are too big to fit into a child’s mouth. 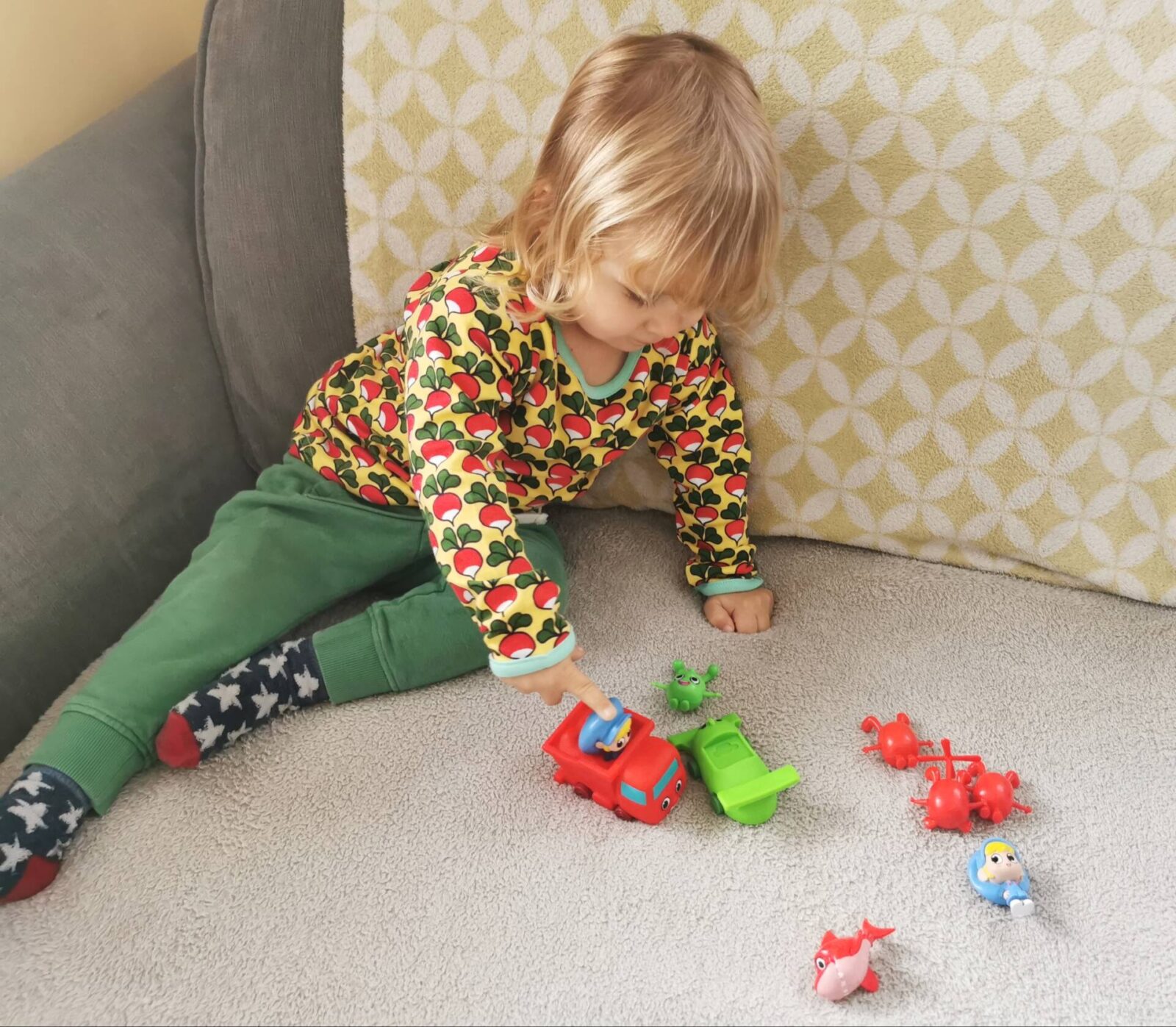 Little E loves to push the vehicles round and tell Orphle off! 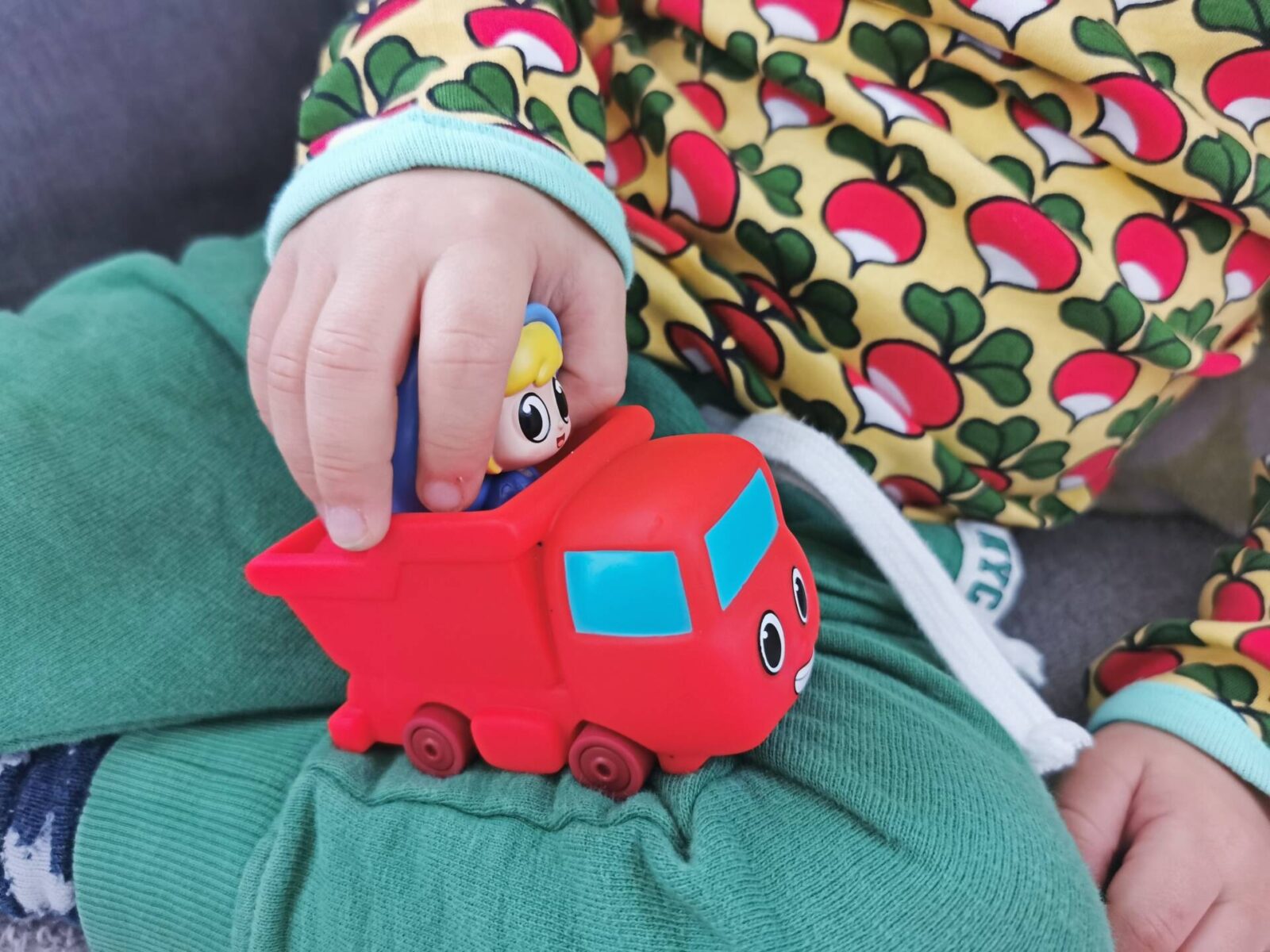 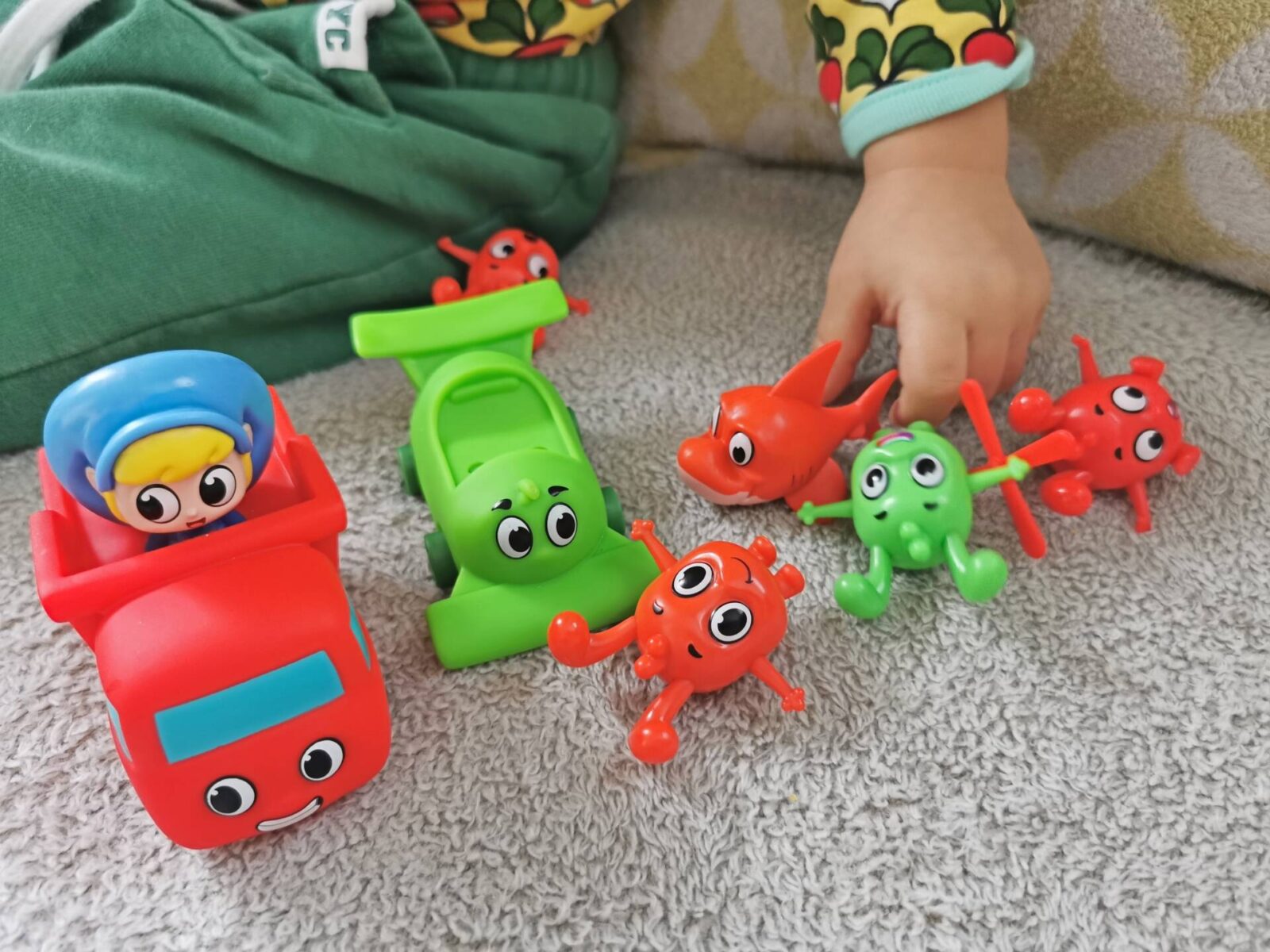 They’re a nice little set of toys for imaginative play and are pretty good quality so they look like they will last. I imagine when the weathers a bit warmer, he’ll enjoy playing with the vehicles outdoors in his sandpit.

There are other toys available in the range, including a dough carry case and some other figure sets and large sized plush toys.