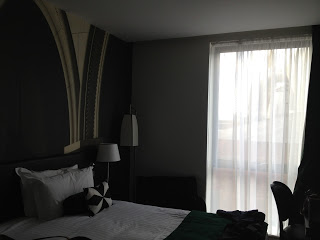 After my hen do we stayed at the Hotel Indigo in Newcastle which is a 4 star boutique hotel in central Newcastle.

It cost £129 for a twin room with breakfast included. We had three rooms booked at the hotel, which were all on the same floor but we were advised wouldn’t be next to each other.

From the outside I honestly don’t think the hotel looks all that. Although the signage looks a little better it does remind me of a much cheaper budget hotel.

The room we stayed on the third floor – an attractive room  on the inside with a view overlooking the rear of The O2 Academy and their bins! As we didn’t have much intention of staying in the room other than to sleep, this didn’t really bother us.

The room smelt of new carpets and paint.

The room had recently been decorated as everything still looked shiny and new, we had a huge double walk in shower which was fab, complete with complimentary Aveda minis in the bathroom. 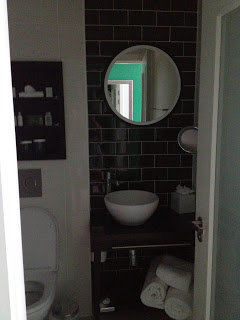 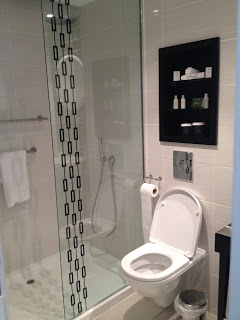 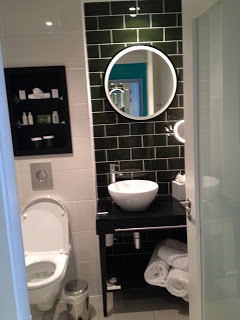 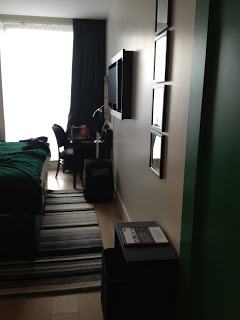 It was a nice hotel and it was nice to stay somewhere more exciting that the Travel Lodge, but I wouldn’t stay here again. It was expensive for what it was, although the rooms were attractive and nicely designed the hotel still has a little way to go in my eyes for it to be a four star hotel.

It’s a great location for those visiting Newcastle on a city break as its very close to the train station, theres a Weatherspoons a few hundred yards away (should you decide against the hotels VERY expensive breakfasts) and the shops are a short walk away.