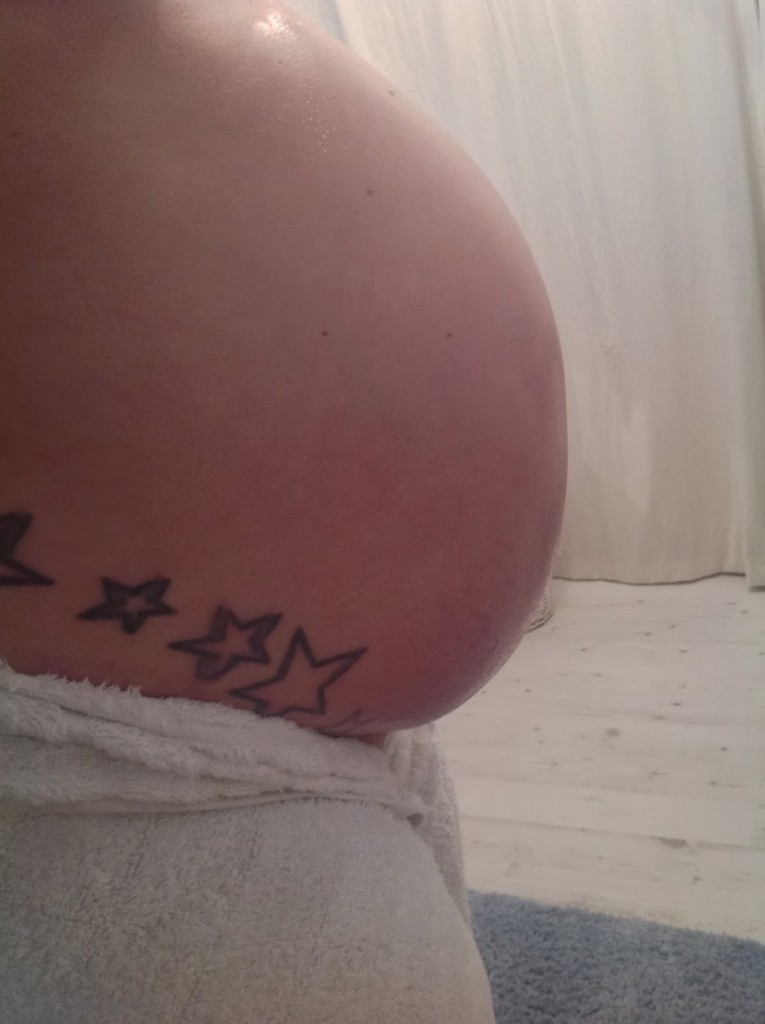 Today I am 38 weeks and 6 days pregnant and I am booked in on tomorrow,the 6th of February to have a caesarean section.

I had my last midwife appointment on the 31st, during which everything appeared ok. She told me the baby is lying very low and she thought I may go into labour before my c section date, she told me what to do, and who to ring if I think contractions are starting. So far though, he’s stayed put. I heard the baby’s heartbeat and had my urine and blood pressure tested, both of which were fine.

I’ve felt dreadful this week. I’ve had a lot of cramps and pains in my bump, which I presume are braxton hicks as they haven’t got any worse. The middle of my back is so painful too, it hurts when I stand, when I sit and gets even worse when I lie down. Sleep has become a distant memory.

I have also felt really nauseous, and tired, my indigestion has come back on an evening and I can’t sleep for more than half an hour before waking up either in pain with my back or pelvis or needing to wee.

Sadly some stretch marks have started to appear on the lower part of my bump. My bump seems to have expanding rapidly over the last week or so, and although I’ve been using Bio Oil most days, clearly it hasn’t been able too cope. It’s not the end of the world though, and I don’t have a great deal. I can’t believe I got this far without getting any.

The last few days I’ve tried to take it easy, lots of telly watching and being lazy. It’s just a case of waiting and worrying now. Everything is sorted, there’s literally some cleaning to do and we’re done!

I feel both excited and terrified. I can’t wait for our little boy to be here, but I am so worried about how little we know about having a baby.

Today I have been for my pre op assessment at the hospital. I saw the loveliest midwife who was really friendly and explained everything in simple terms about what will happen tomorrow.  She took my blood pressure, bloods, tested my urine and put the baby on the heart monitor. I was also weighed and given some tablets to take. They’re tablets for heartburn/reflux, one which I have to take at 10pm tonight and another at 6am tomorrow. Then there’s no food or liquids after midnight tonight, only a tiny sip to take the tablet in the morning. Hubby and I have to be at hospital at 7.30am tomorrow, and I am second on the list to be taken into surgery. She did warn me that a pre planned section may be cancelled if any emergencies come in, so tonight will be a case of fingers crossed and hoping that everything goes ahead.

The midwife explained that providing baby bump and me are both ok, we will be allowed home in 48 hours, which I was a little surprised to here, as my community midwife had said it’s usually 3-4 days.

My blog is likely to be a bit quite for the next week or so which we recover and get used to the changes. I will try and update the blog or Twitter with a picture as soon as I can and will follow up with a birth post when I can.