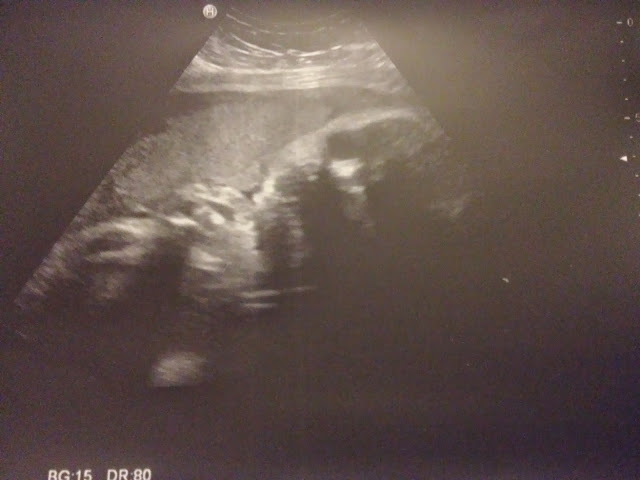 I feel like time is dragging now. The
first 20 weeks or so flew over scarily fast, but now every day feels like a
week.

I have been for a scan today and baby
is weighing at 5lbs and 6ozs already. I thought it sounded massive, but
apparently this is average for 34 weeks. I am becoming impatient now, partly
because I can’t wait to meet out little boy and partly because I’m in so much
pain.

I was really pleased to hear that
baby is developing well, it feels reassuring to know that despite the fact I
feel like death, he’s alright tucked up inside.

In all fairness I
don’t feel THAT bad in myself this week. My heartburn has subsided a little, since
I started avoiding anything acidic and drinking much more water. I have had to
take less heartburn tablets and I feel slightly better during the night. I’ve
had a massive reduction in the killer headaches that I’ve been having, I’m not
sure whether that’s because I’ve massively upped my water intake, or because my
hormones are constantly changing, either way, I like it!

My main issues at
the moment are the back pains in my mid to lower back which are rapidly getting
worse. I’ve been reduced to tears a few times, when my back has completely
frozen. I’ve had to take Codeine and wait until it kicks in before I can move
again. The SPD in my pelvis is still really bad, and makes simple movements
such as walking upstairs to the loo a bit of a traumatic experience.

Baby feels slightly
less active, compared to the last few weeks. He was so lively on an evening,
but in the last few days is slightly less so. He has changed position and I am
feeling the majority of his movement towards my right hip now, and he appears
to like lying on my bladder. I am literally up at least 6 times during the
night for a wee. It’s not a lot of fun! I feel shattered all the time, which bearing
in mind I am still at work (though thankfully now on 8 hour reduced shifts)
isn’t the best. I would love to wake up and feel completely refreshed, or at
least like I’ve been to sleep!

Thankfully I don’t
have too many shifts left at work, which is good because bump is almost too big
for my work trousers. I refuse to spend more money on maternity clothes when I
only have about 9 shifts left at work. I may end up getting my handy Mother to expand
my waist band a little so they see me out. 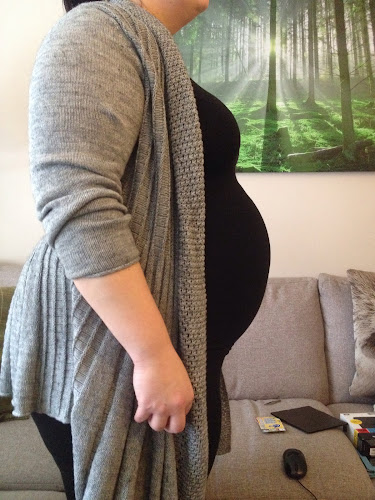 My bump feels like it’s growing every day now. It’s much more solid and round, and feels really heavy. I’m still yet to get any stretchmarks, but I’m convinced I’m going to wake up one morning covered in purple tiger stripes. I still use Silderm Oil and Bio Oil daily, twice if I remember.
My belly button freaks me out! It’s not quite an ‘outty’ but it’s not far off. It feels yak, but I can’t stop touching it. I hope it doesn’t completely poke out.
Christmas and New
Year were a quite affair, which was nice. We briefly went to a New Year’s Eve
party with some friends, but being the only sober one, wasn’t the most fun, and
I felt so exhausted just from making conversation with people.
My life at the
moment seems to be medical appointment after medical appointment.
I am at the
hospital three times this week, combined with a midwife appointment tomorrow. I saw
the anaesthetist the other day, who was surprisingly lovely (it makes me quite
sad to write that, but the majority of the health care people I have been
involved with so far have been unhelpful or just simply disinterested).
She explained
that I would be able to have a spinal as a form of pain relief, but she would
be reluctant to give an epidural. I have underlying issues with my back and
this combined with the severe SPD means I am hoping to have an elective C section.
I am due to see my consultant next week to see if she will agree to this. 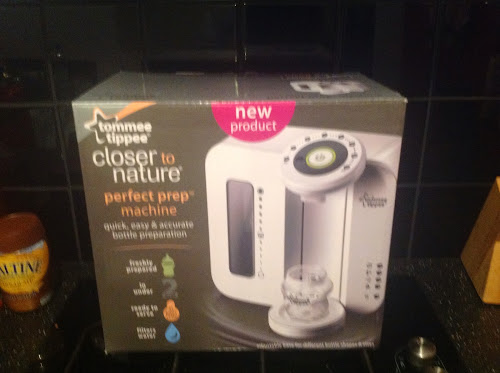 This week has been
a blur of washing baby items and testing out our new baby items, including the Tommee Tippee Perfect Prep which I picked up for less than half price during Amazon’s black Friday sale. 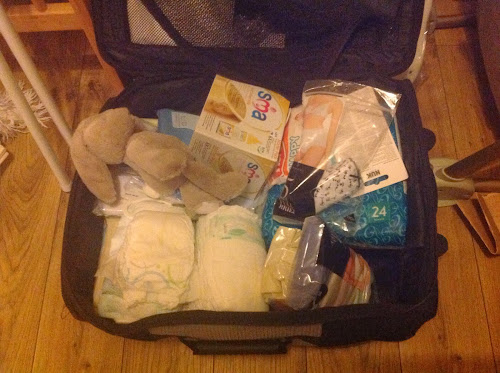 My hospital bag has the important bits in it, should I need hubby or someone else to collect it, too much shouldn’t be missing. 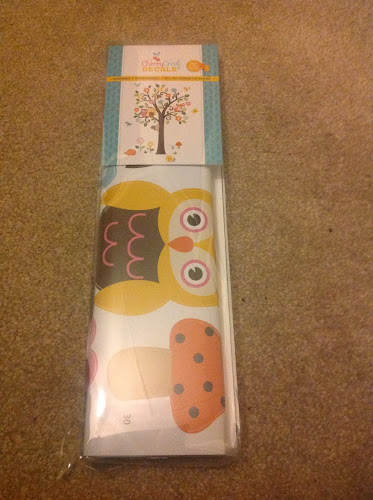 We bought the final piece for the nursery. I just need to nag hubby to get it on the wall now. It’s a wall sticker. We picked it up on Ebay and it came super quick.
I’ll post some pictures of the complete nursery when it’s finished, as at the moment I have piles of everything, everywhere!