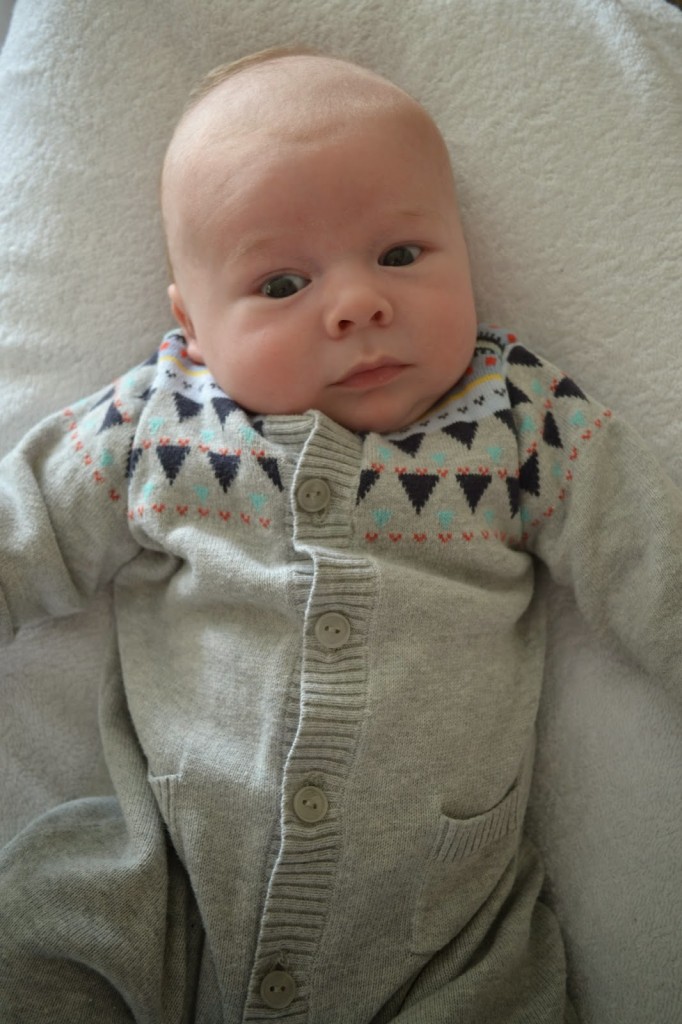 I have no idea where the last 8 weeks have disappeared too but The Little Man is now 2 months old! He’s outgrown some of his smaller clothes, he’s draining 5 oz bottles and at his last weigh in he was 11lb 6oz! He’s no longer a tiny little baby!

He’s learnt so many new things in the last few weeks. He can smile, giggle, make the cutest ‘ah-go’ sound and recognise Mammy and Daddy.

I could quite happily stare at his little face all day, especially when he starts smiling or giggling. He has gorgeous slate blue eyes and ridiculously long eyelashes. 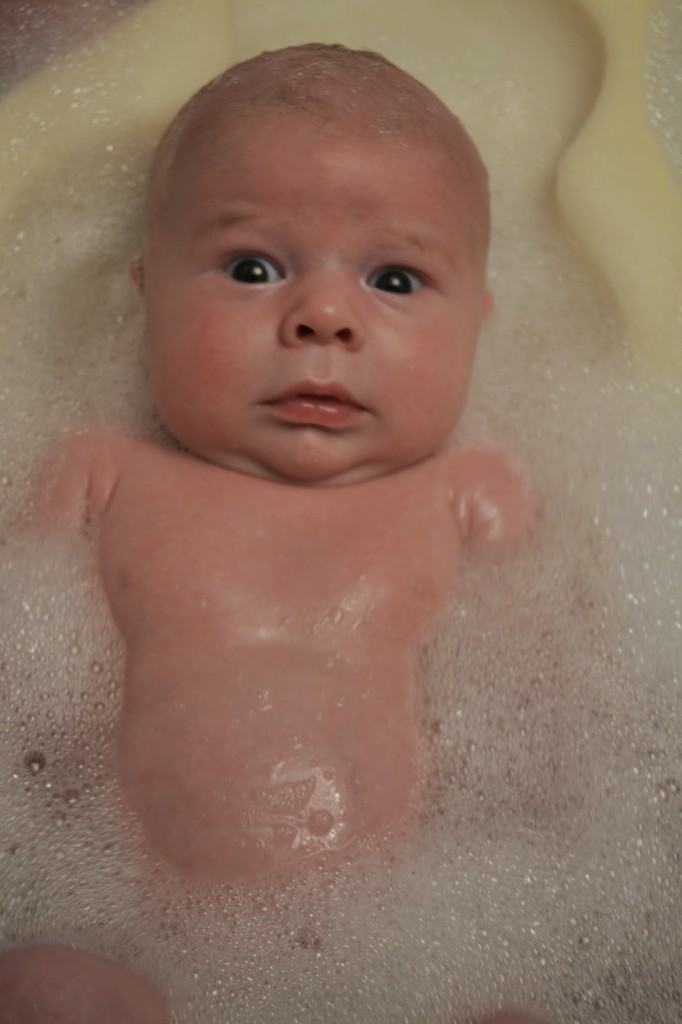 He’s well and truly filling out now, he’s got chubby legs and arms and a little podgy tummy. He no longer has flappy arms and legs on his sleepsuits, some are straining and will very soon be too small. 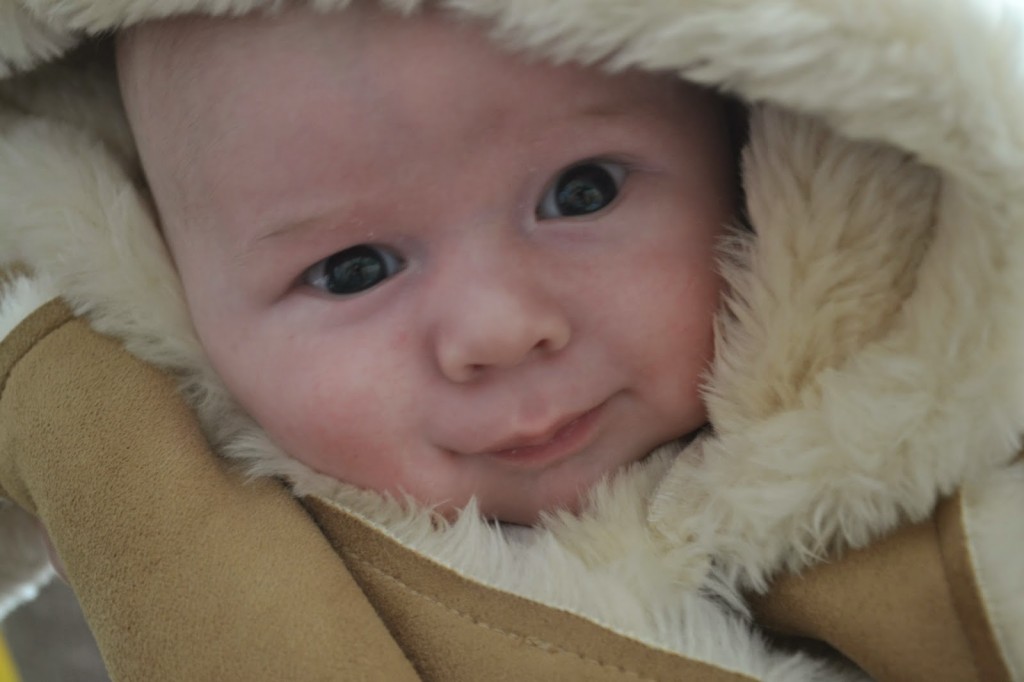 He’s sleeping much better on an evening, now we’ve put him in a crib. The moses basket looked far too small and uncomfortable so as a bit of an inbetween thing we bought a crib – he’s just too little to move out of our bedroom just yet. He sleeps from around midnight to 5am before waking up for a feed and then going back down until just after 8am. 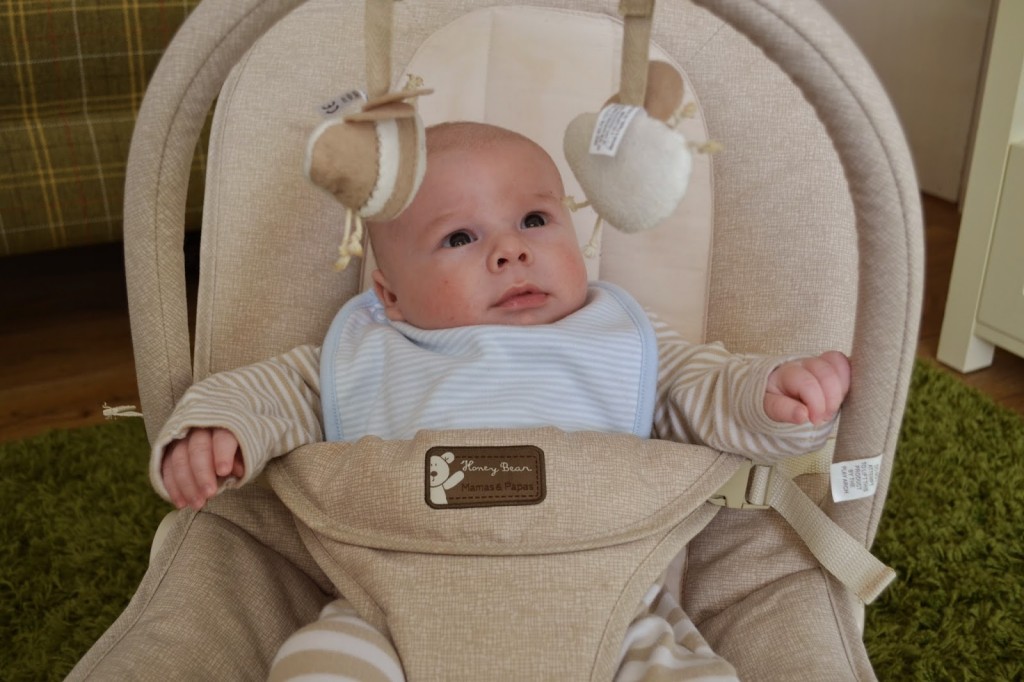 He can hold his head up easily, though he has been doing this since he was 2 weeks old. He also pushes himself along his change mat with force, he loves to feel his legs by trying to stand up on Mammy or Daddy’s chest. He grabs at his toys on his play mat and gets so excited by them, which usually results in a long bout of hiccups. 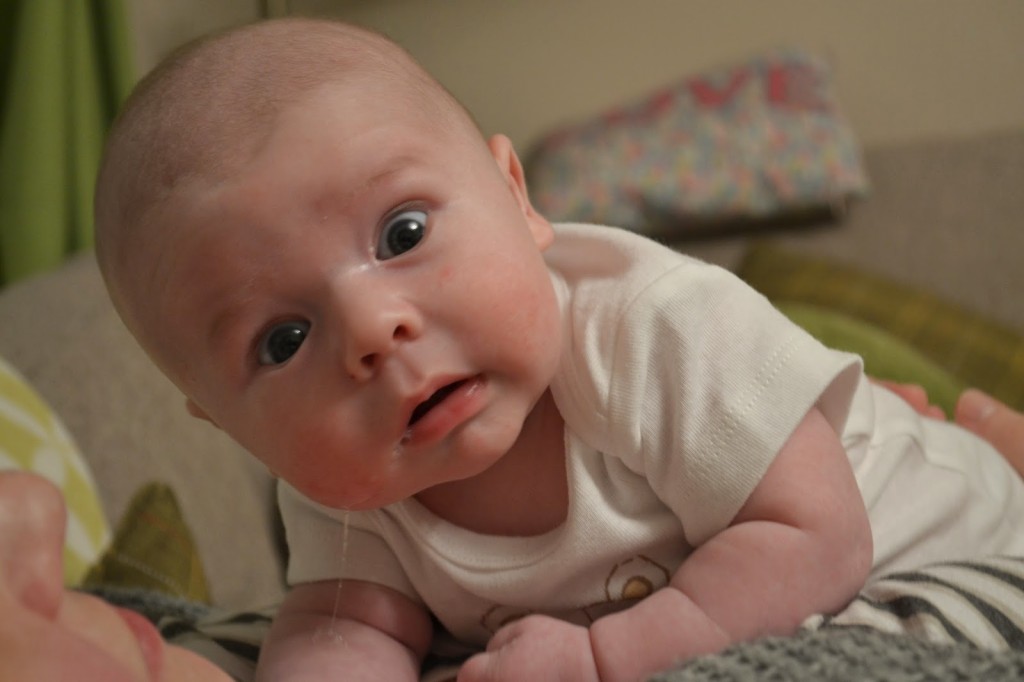