Last weekend we popped along to the National Glass Centre in Sunderland to see ‘Three’, a children’s interactive theatre performance which was being run in conjunction with Sunderland Stages. 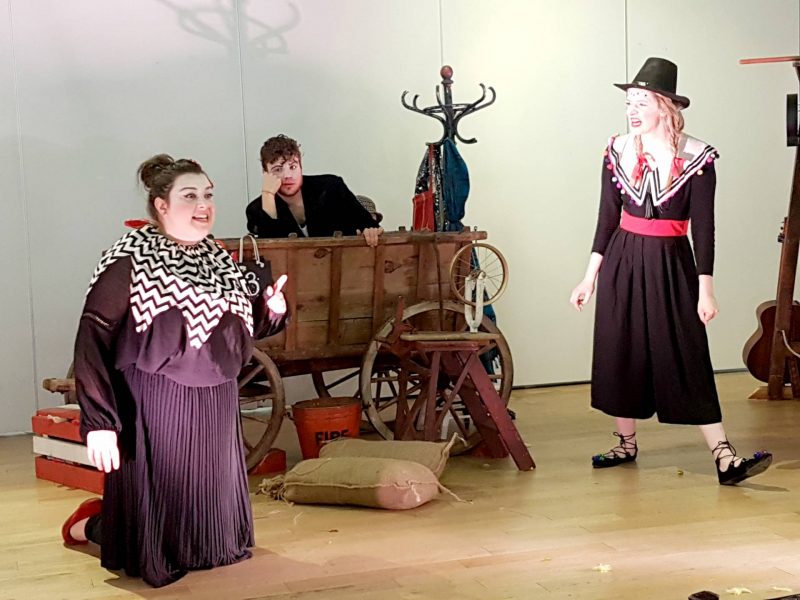 Because of the words they said, they were tricked into working at ‘Old Jacks Inn’, they found the golden egg that had been stolen by Old Jack, the Inn Keeper and then they gave it back to the small angry man. As a thank you, he granted the three men a wish each, the first wishes for riches, the second wished for a secret never told and the third, a child with golden hair ( who turned out to be a bit of brat and a character in the next story). 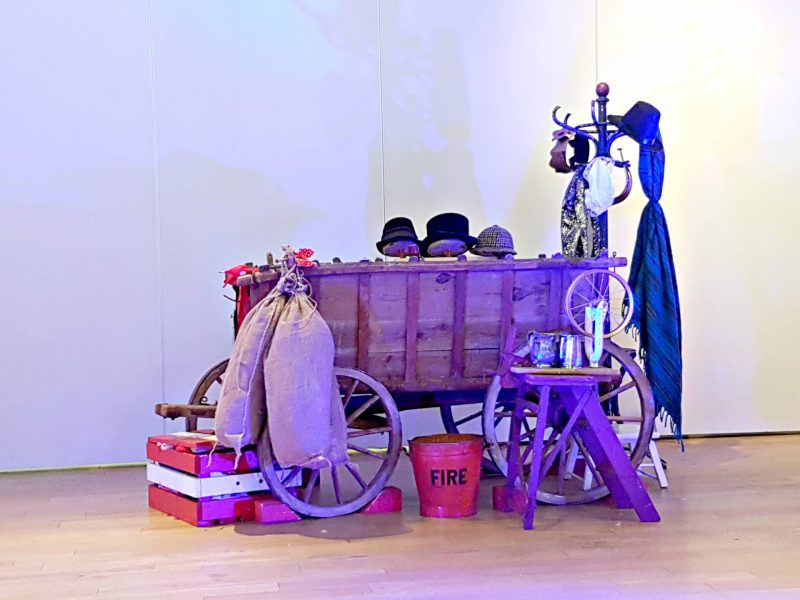 The second story was based on Goldilocks ( though a very bratty version). The twist at the end of this story was that the bears who found her, instead of eating her, asked her if she wanted to share their porridge. This taught Goldilocks to share and she became friends with the three bears.

The third story featured in the play was Rumpelstiltskin. A rather unpleasant King wanted a wife and Goldilocks wanted to win the Kings heart. She lied to win his affection and told him she could turn straw into gold. The King said he’d marry her however told her she’d have to live in a dungeon first until she could prove she could make gold. The small angry man from the first story appeared and promised to help Goldilocks in return for her necklace, and then finally her first born child. In a nutshell, Goldilocks and The King were married, they had a baby and then the small angry man took away the baby. Goldilocks begged for the baby but the small angry man said she could only have the baby back if she could guess his name. This became a bit of a game show with lots of audience participation and finally the name was chosen which of course was Rumpelstitskin.

The three stories come full circle as the small angry man was tricked by his own trick. The secret untold from the first story was in fact his name.

At the end of the performance the children were able to get close to the performers and try on a range of dressing up clothes. It was lots of fun and the little man really enjoyed it. The actors were really friendly and approachable and we loved listening to the tales.

At just £5 for a child’s ticket it was also cheap and cheerful way to spend a morning. 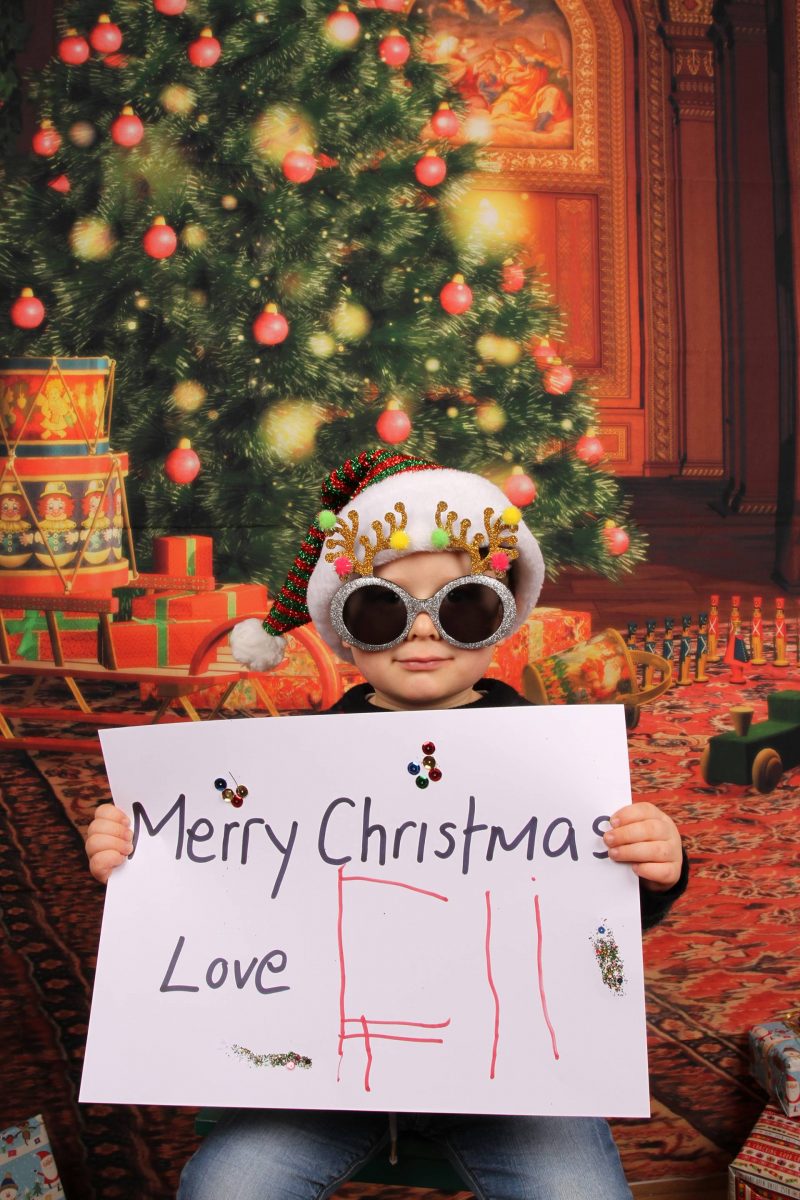 We stayed at the Glass Centre for lunch and then explored the centre. We made a beautiful tealight holder and the little man had a very festive photograph taken!

* Our tickets for ‘Three’ were complimentary but opinions are our own.