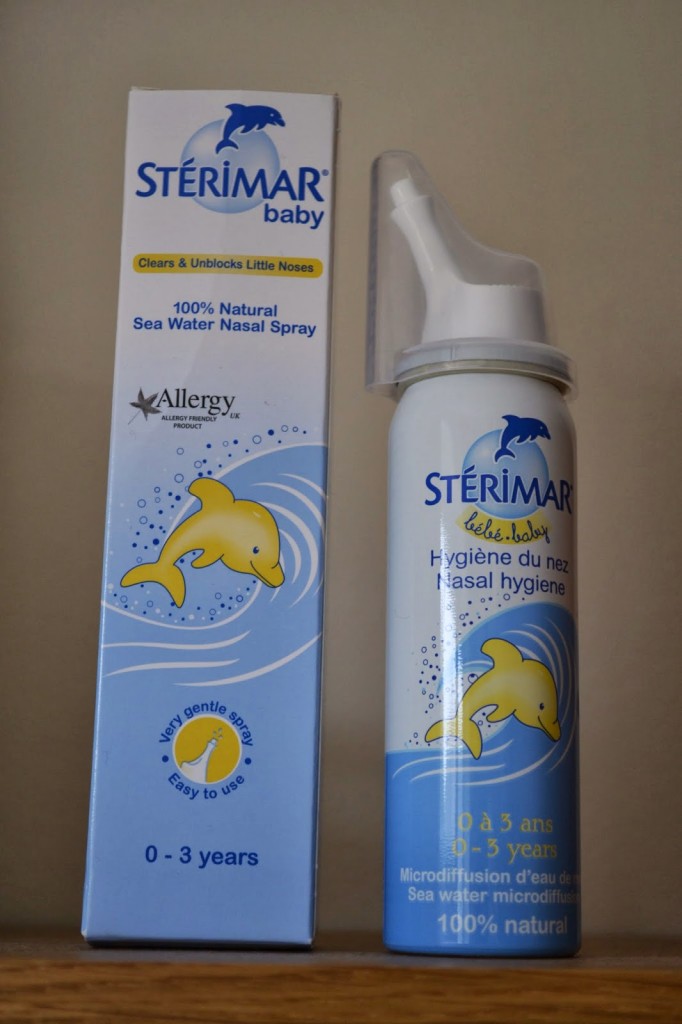 Whilst The Little Man NEEDED this I really didn’t WANT to use it after I realised I was going to have to squirt it up his nose. I anticipated screams that could be heard as far as the next village, but …. I was in for a surprise.

Sterimar baby is a nasal spray that contains isotonic sea water. (For those of you as bright/intelligent/thick as me, it means that the sea water has been diluted down so that it contains the same concentration of salt as cells in the human body).

You spray a fine mist of sea water onto the lining of the nose. These fine droplets of sea water work by softening and loosening nasal mucus which helps to clear the nasal passages.

The Little Man has had a minor cold twice since being born, pretty bad luck really considering he’s only 7 weeks old! It’s a nightmare trying to clear his snotty nose, we have a sucky out device which he hates, and it’s only effective if you can block his other nostril which distresses him even more.

You’re advised to use this on both nostrils up to 6 times a day. We first gave it ago during a nappy change early in the day. You need to have the little ones head to the side and you simply squirt the spray up their nose. 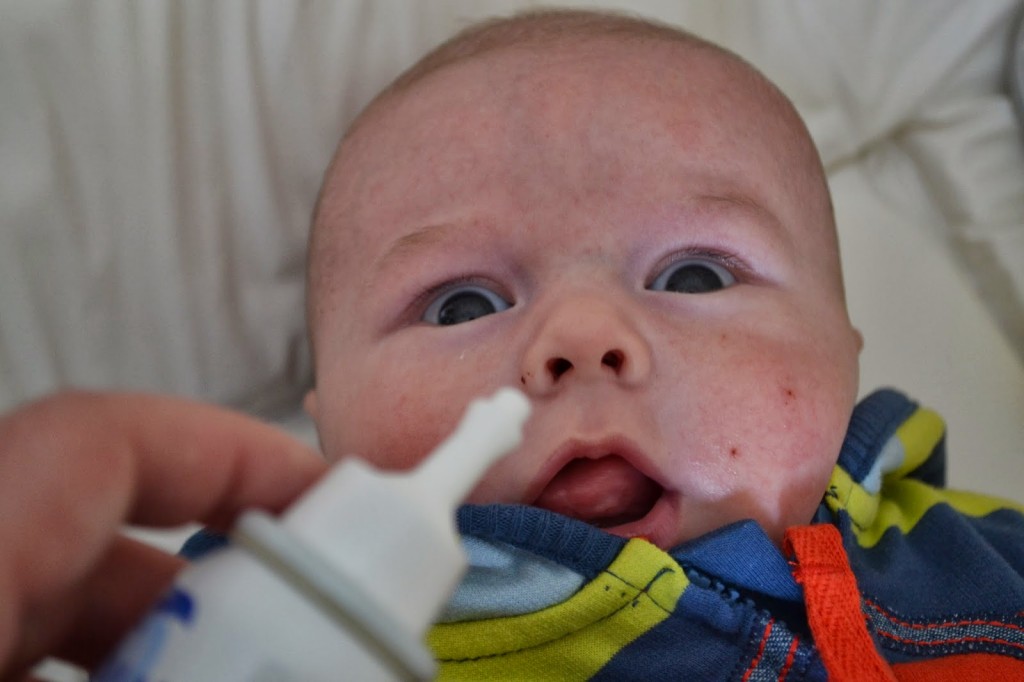 Surprisingly there wasn’t a flinch or sound from The Little Man, he didn’t bat an eyelid!

Not only was I impressed that the spray had caused no distress, but I was happy to see it had worked. He sounded less snotty and bunged up when breathing almost instantly.

I would, without a doubt buy this. It’s an essential piece of kit for baby’s with cold and snotty noses.

*I was sent this free of charge to review*