Another 4 weeks have flown by. The little man is now 28 weeks old, and I feel sad. Not only is the time flying by and he’s growing right before my eyes I’ve also go my date to go back to work at the end of my maternity leave. 1st January 2015, I hate you! 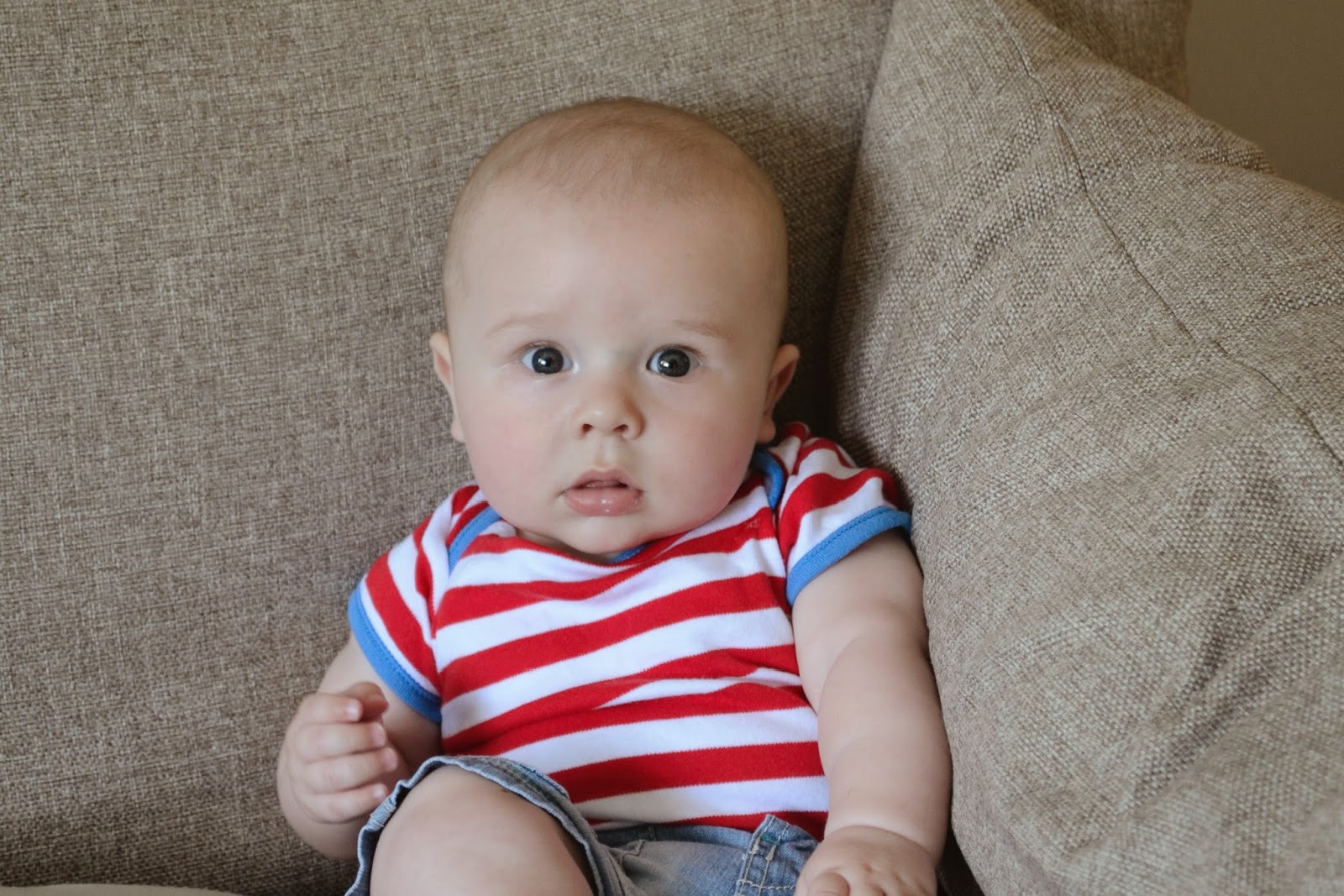 He’s still a happy little chappy and very vocal. Basically he’s never quiet. His new thing this month is making a noise like a little lamb. That combined with his hooting like an owl makes our living room like a farmyard! His mouth now makes shapes and some sounds that sound like attempts at words, though nothing that’s clear enough to mean anything. He has little ‘conversations’ and ‘chats’ with his toys and absolutely loves being talked too. He manages to get all the little old ladies cooing over him where ever we go.

He’s such a noise little man, and distracted by everything around him. He wants to be in everything he shouldn’t and loves ‘people watching’ – a bit like his Mammy really.

In the last few days he’s become a bit whingy which is so unlike him, I think the teeth are finally well and truly on their way and he’s suffering. 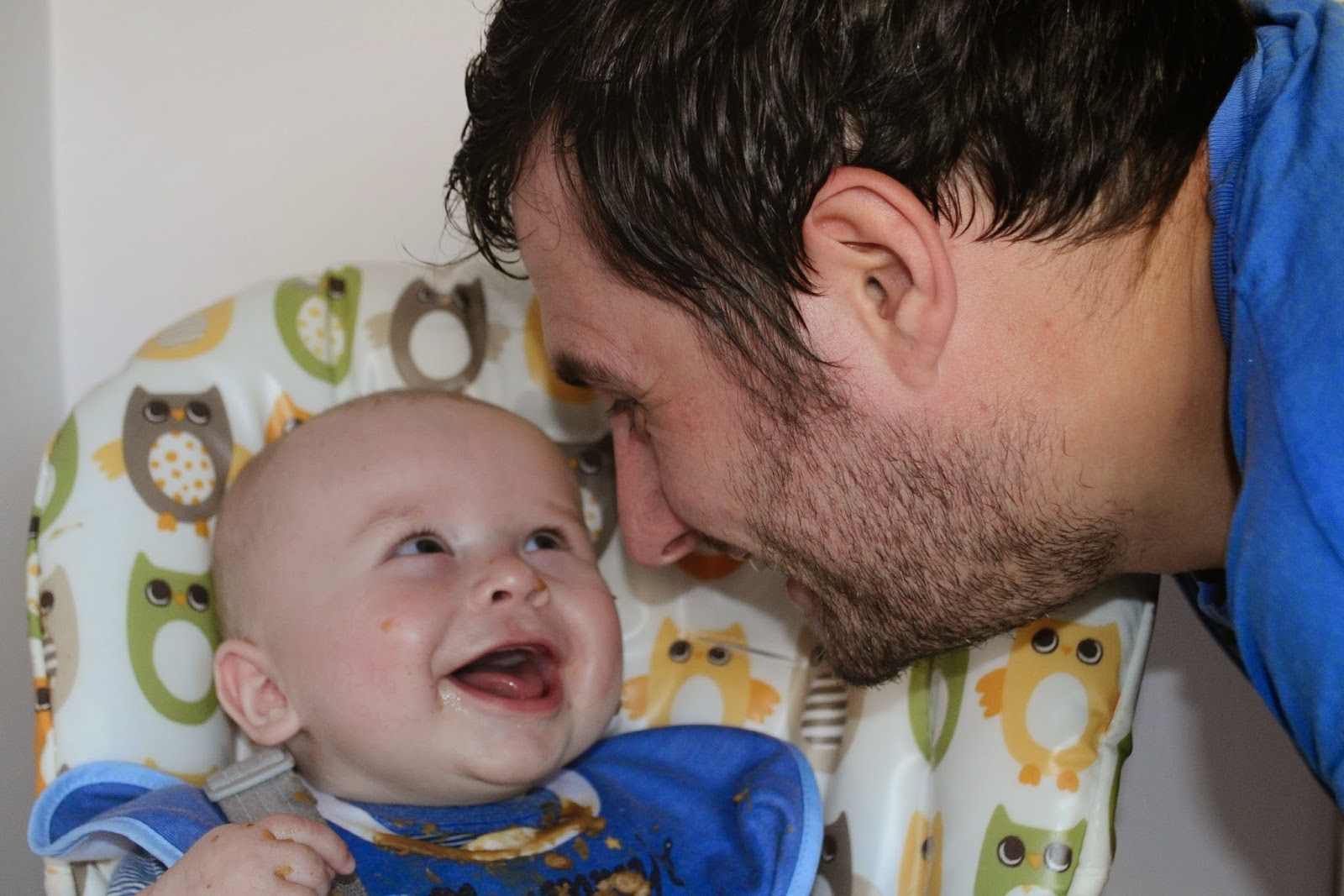 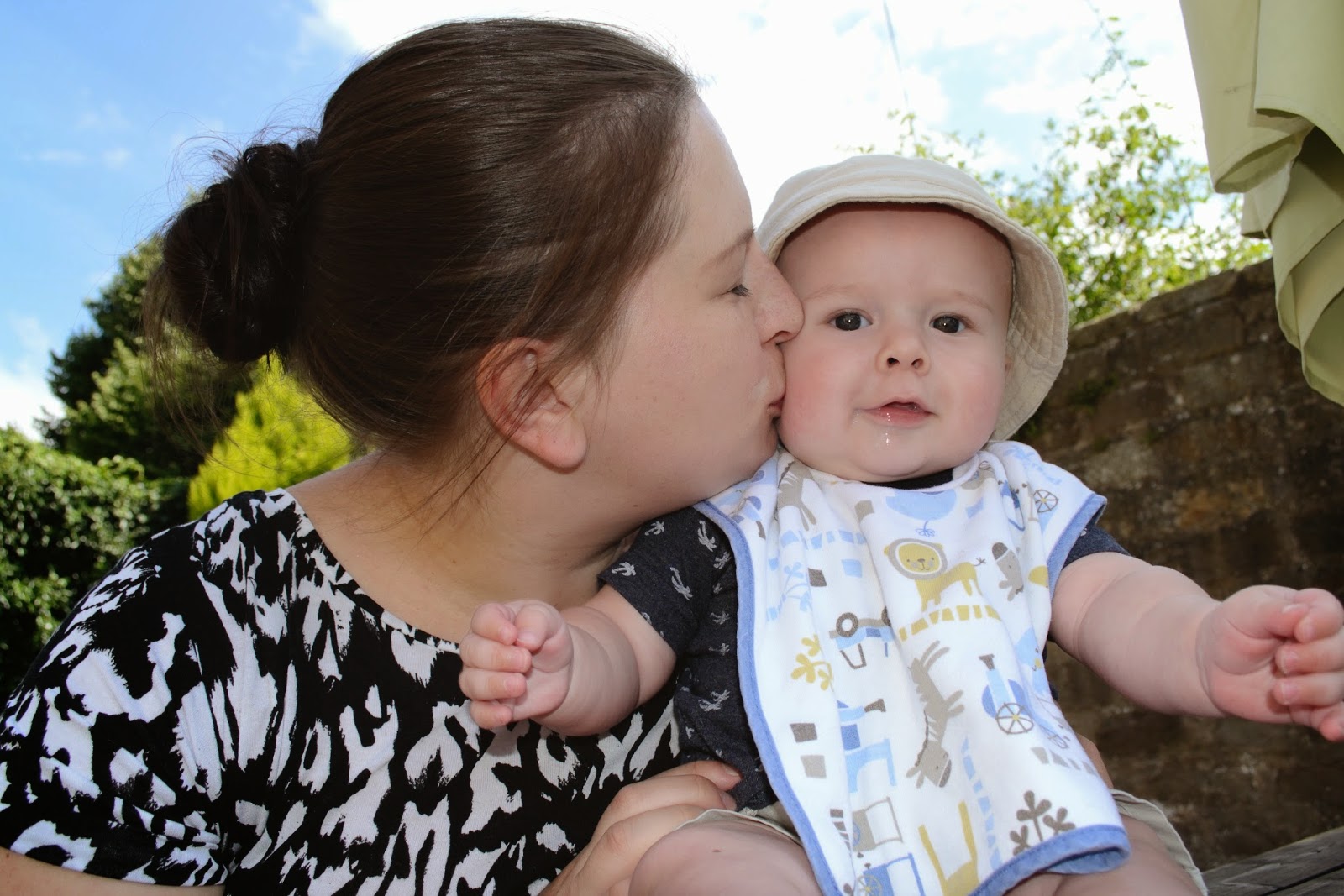 We’ve had a few snotty days but the cold never quite made it. We’re still waiting to hear from the hospital for a referral to have his legs checked.

Other than the imminent arrival of his teeth he’s ok. 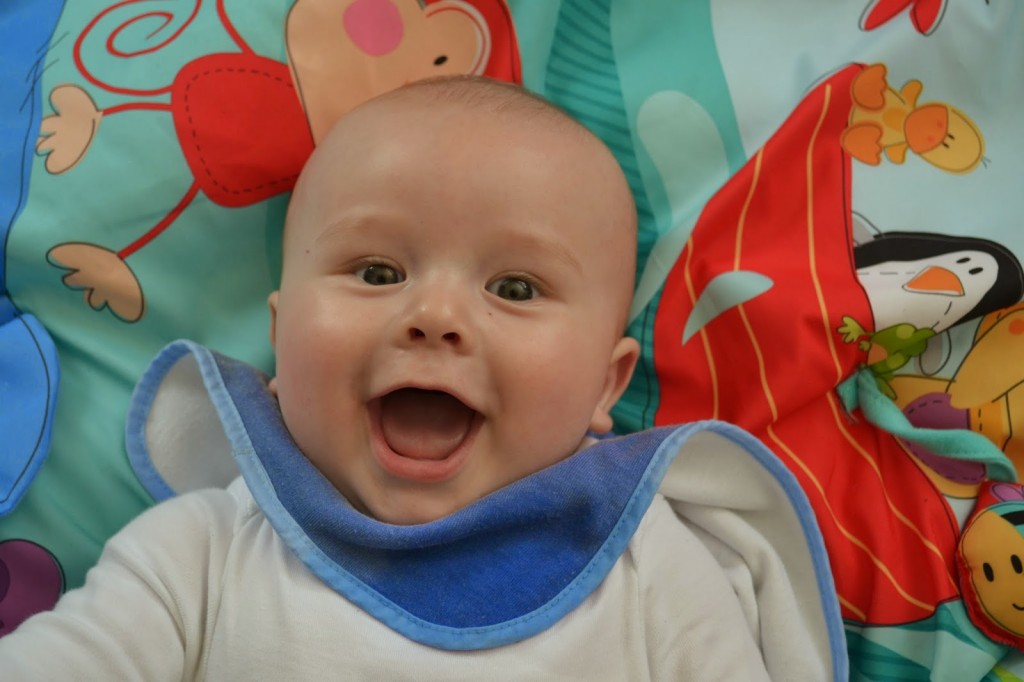 He’s now on three meals a day and eats like a gannet. The only thing he’s had that he’s completely refused is salmon. He hated the stuff.

He loves his porridge and toast on a morning and something from from the Annabel Karmel cook book for lunch and then usually a combination of bits and pieces for tea. He’s a big fan of cucumber and cheese.

On a Sunday evening hubby and I usually have a mass baby cook off and create some fab dishes from the Annabel Karmel book. I’d really recommend it, it gave me confidence to combine ingredients I wouldn’t usually put together. 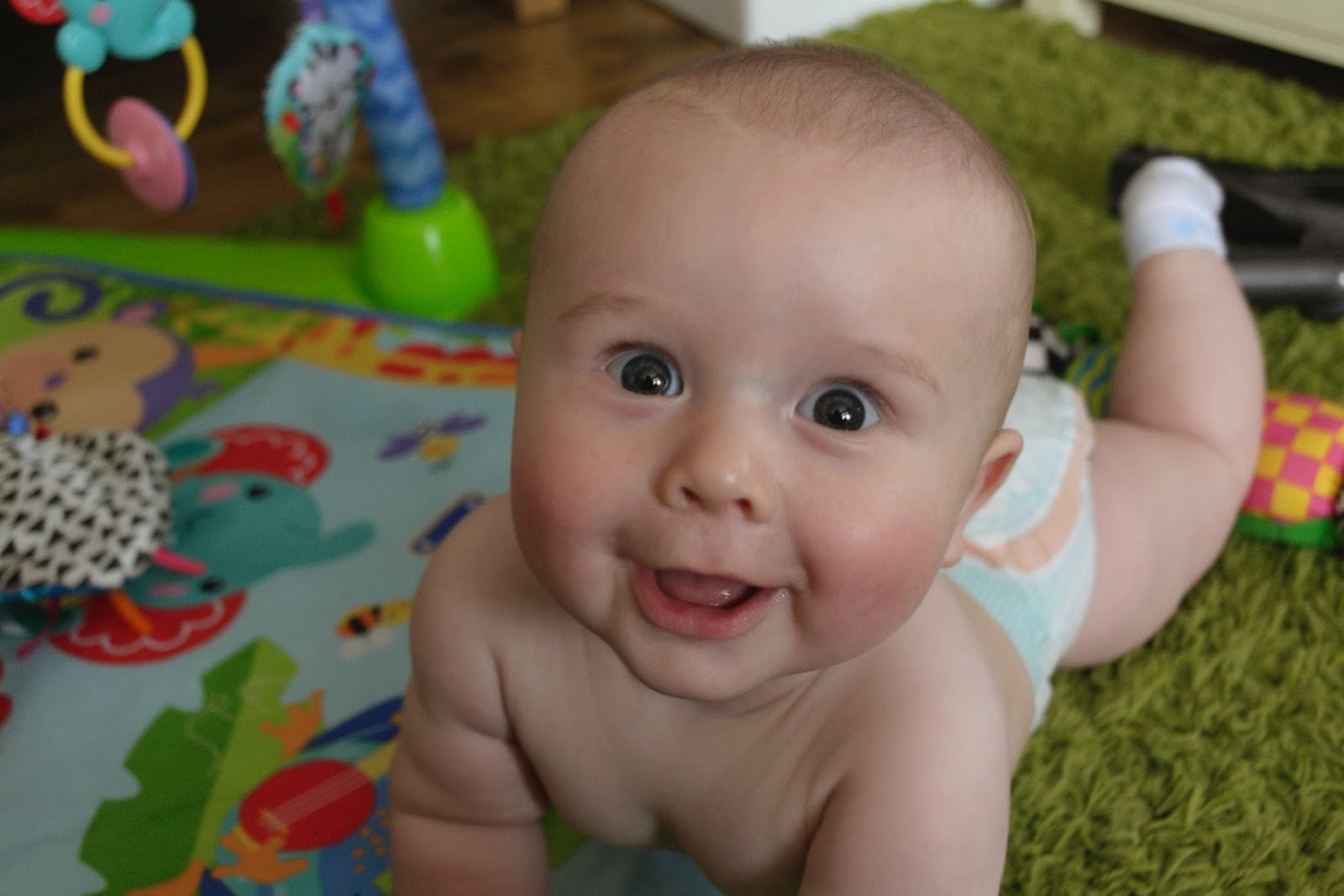 
I think I jinxed myself last month. The little mans sleeping in the last week has been horrendous. He’s awake hourly throughout the night and really restless. He was doing so well in his big boys cot but his sleeping this week has been worse than it was when he was a newborn. It’s extremely tiring and a bit of a shock to the system for me and hubby as we were used to him sleeping through and settling easily. I’m hoping that teething is to blame and he’s settle back into his normal ways, otherwise I think I might die of exhaustion. 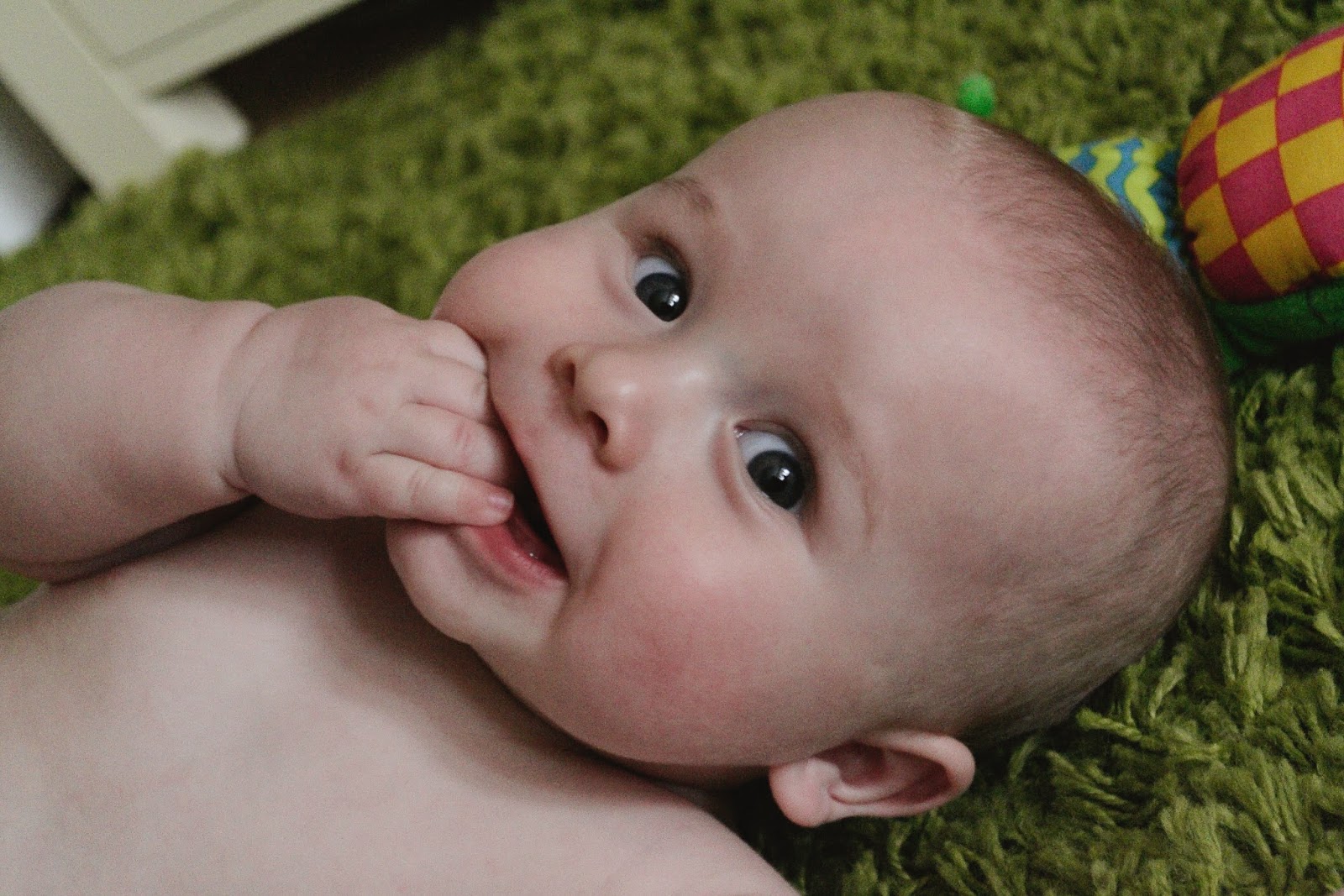 
We had our little trip to Sheffield and Bronte country. We’ve had some great local family days, despite the weather being a bit rubbish. I think we’ve seen the last of the garden toys until next summer now. 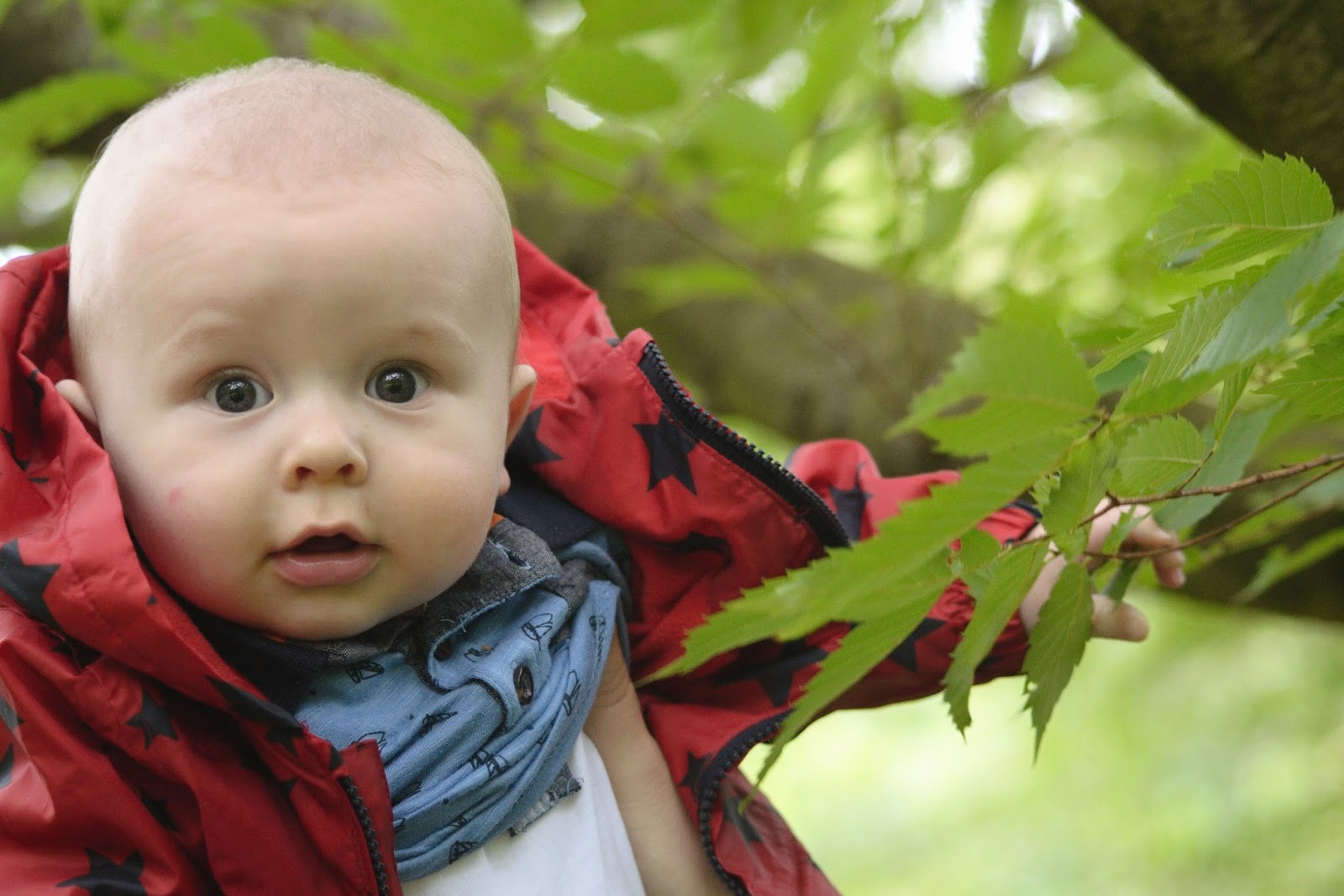 At the end of the week we’re off for another little UK break. This time we’re off to The Lake District for a week. We weren’t too keen on taking the little man abroad when he was still so young so we decided just to do UK breaks this year. We haven’t done too badly as this will be our third little trip. Fingers crossed for weather not best suited too ducks!