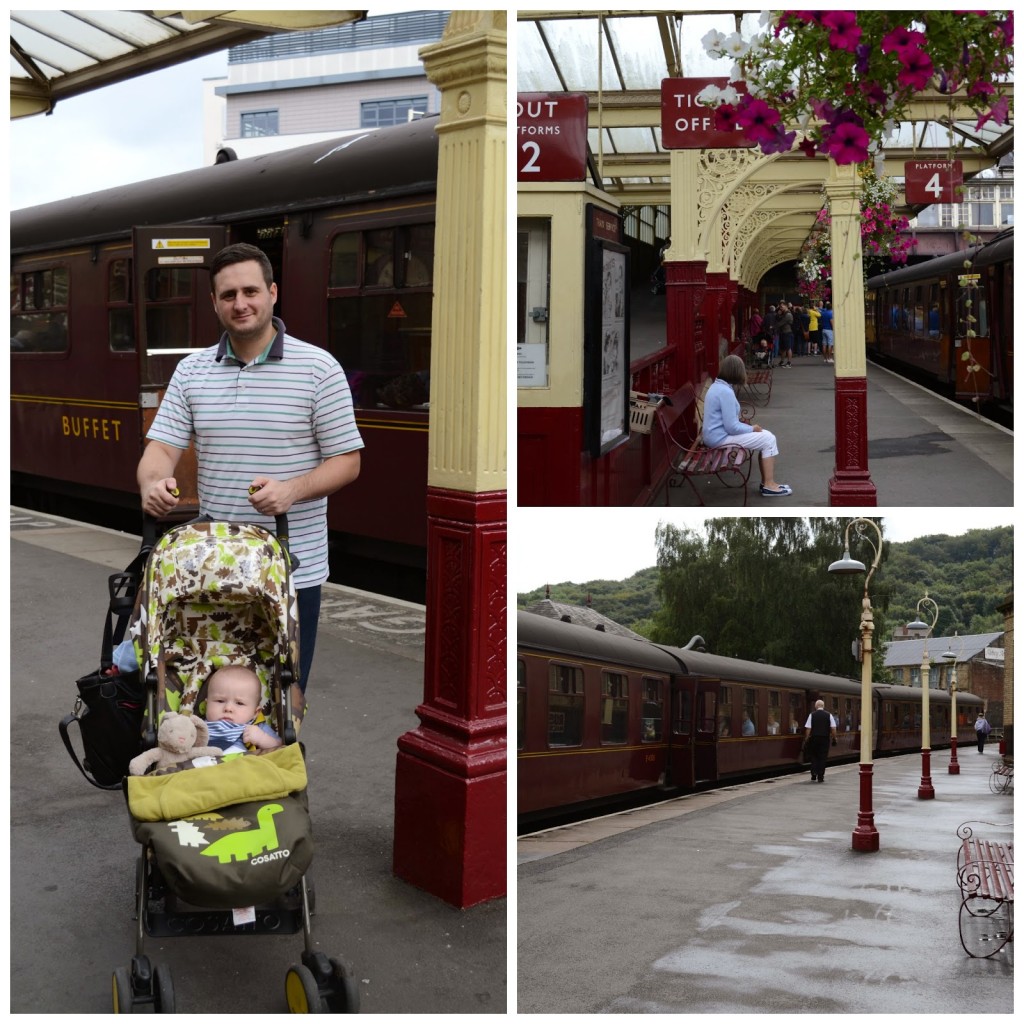 On our recent trip into Bronte country we paid a visit to Keighley and Worth Valley railway, a 5 mile long railway that runs both stream and diesel trains. The line was originally used used to run between the villages and transport goods from the mills.

We paid £15 each for a rover ticket which allows unlimited travel on the train and open top bus for a whole day. The rover ticket also allows free entry into two museums at one of the stations. Children under the age of five travel for free. 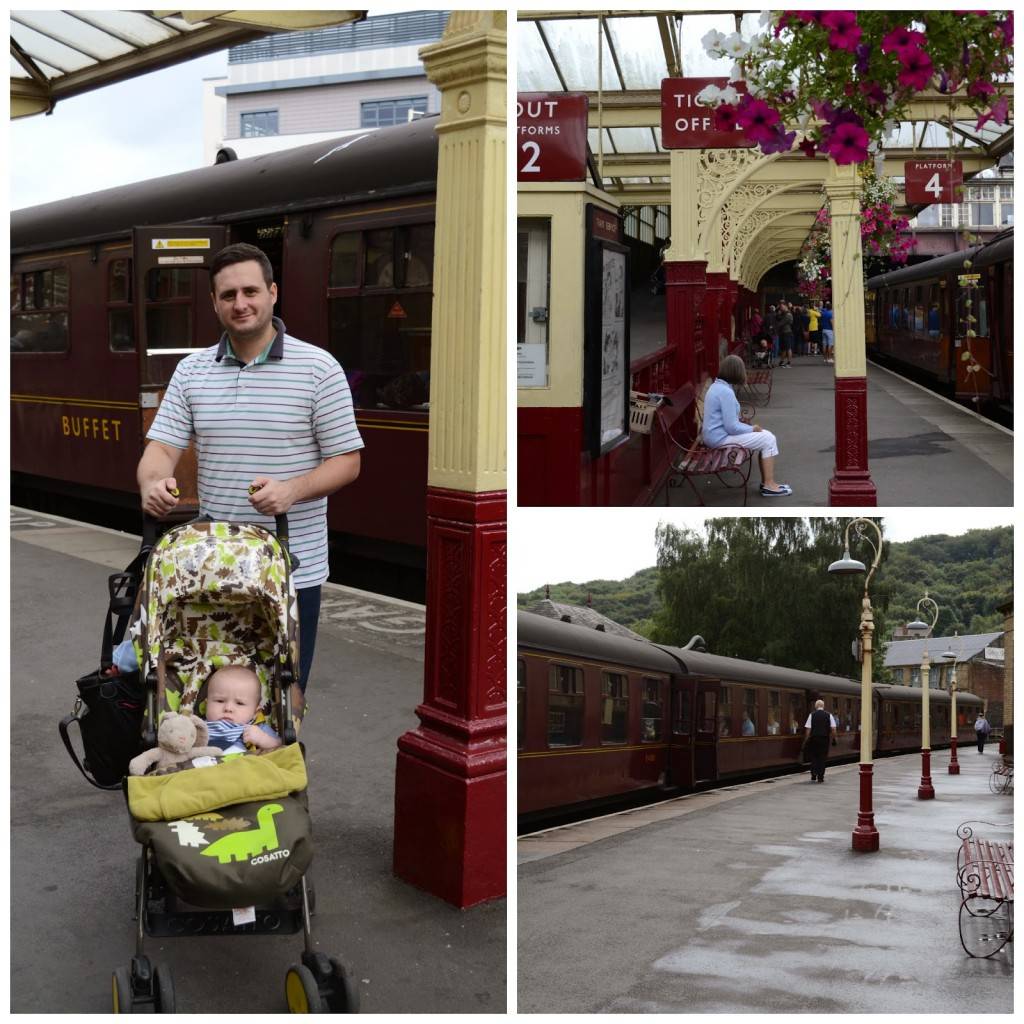 The line was bought from British Rail by a preservation society after it was closed in 1968.The railway runs between Oxenhope and Keighley and is completely run by volunteers. 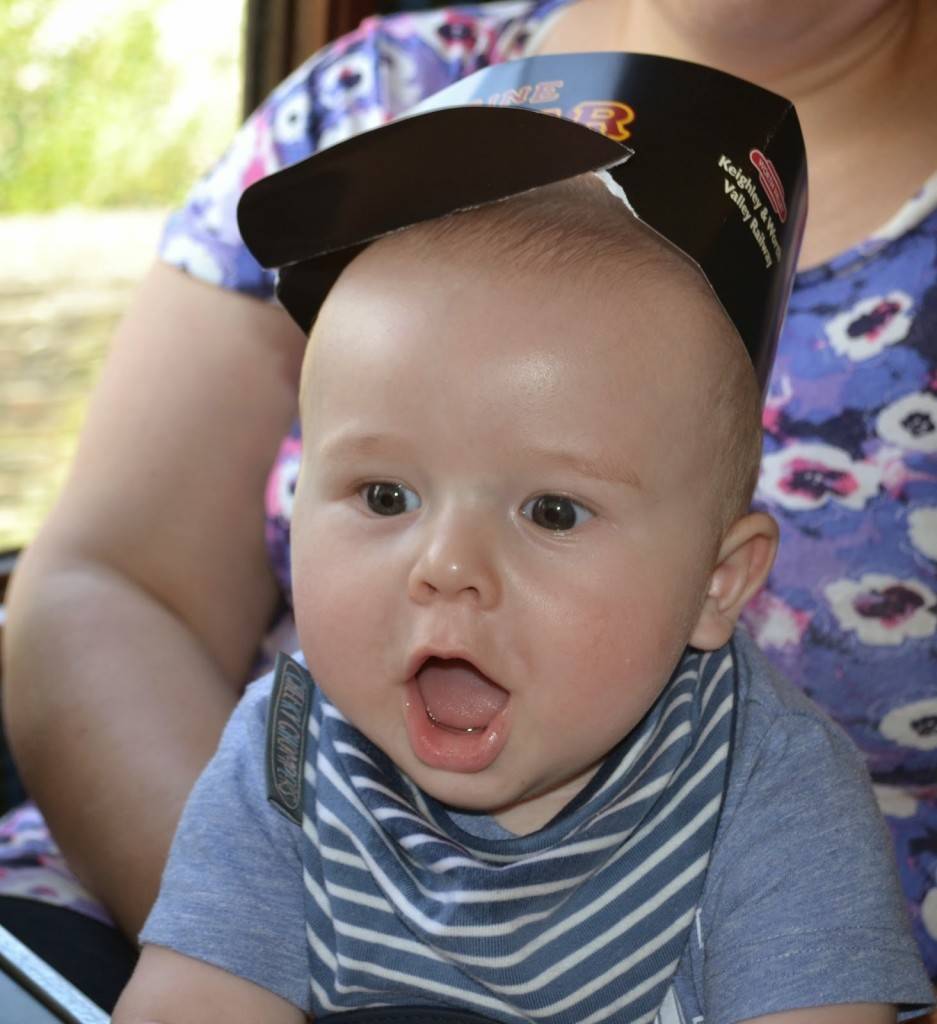 The steam train we travelled on stops are 6 train stations (though one of them is by request only). 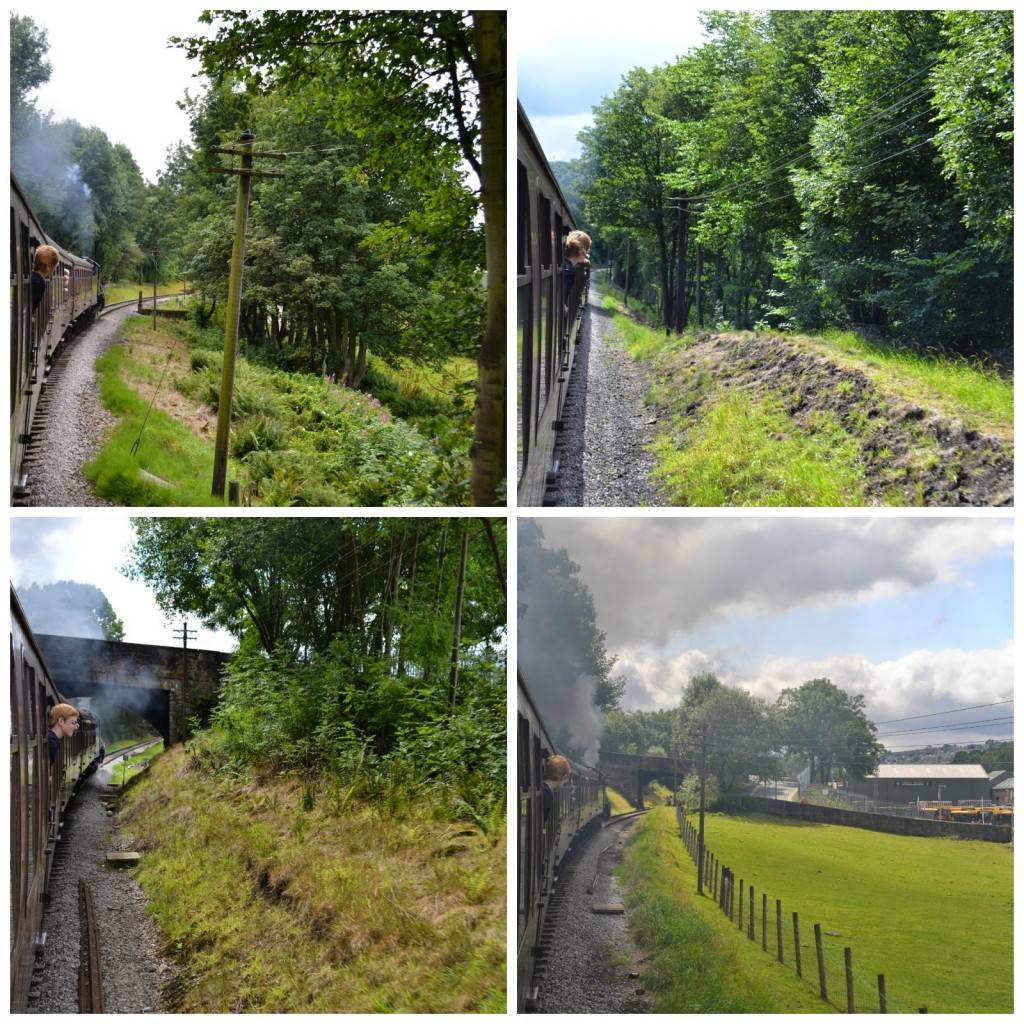 We boarded the train at Haworth having missed the first train of the day from Oxenhope where we were staying. You can park in the car park adjoined to Haworth station for a reasonable £3 for the full day.span>

The railway station is that of a traditional 1950’s station with quaint little ticket office and a gift shop. We had a wander round Haworth on our return journey and found a pretty green park called Haworth Central Park which was lovely. It had a relaxed atmosphere and we spent an hour or so enjoying the sunshine.

Our first stop of the day was at Keighley. To be honest I was a little disappointed. We struggled to find much to do and the shops around the train station were all a little tired and strange … think of a big row of Cash Converters!

We ended up finding salvation in a fantastic 1940’s tea room called Forteas and spent time in there until the train out was due. 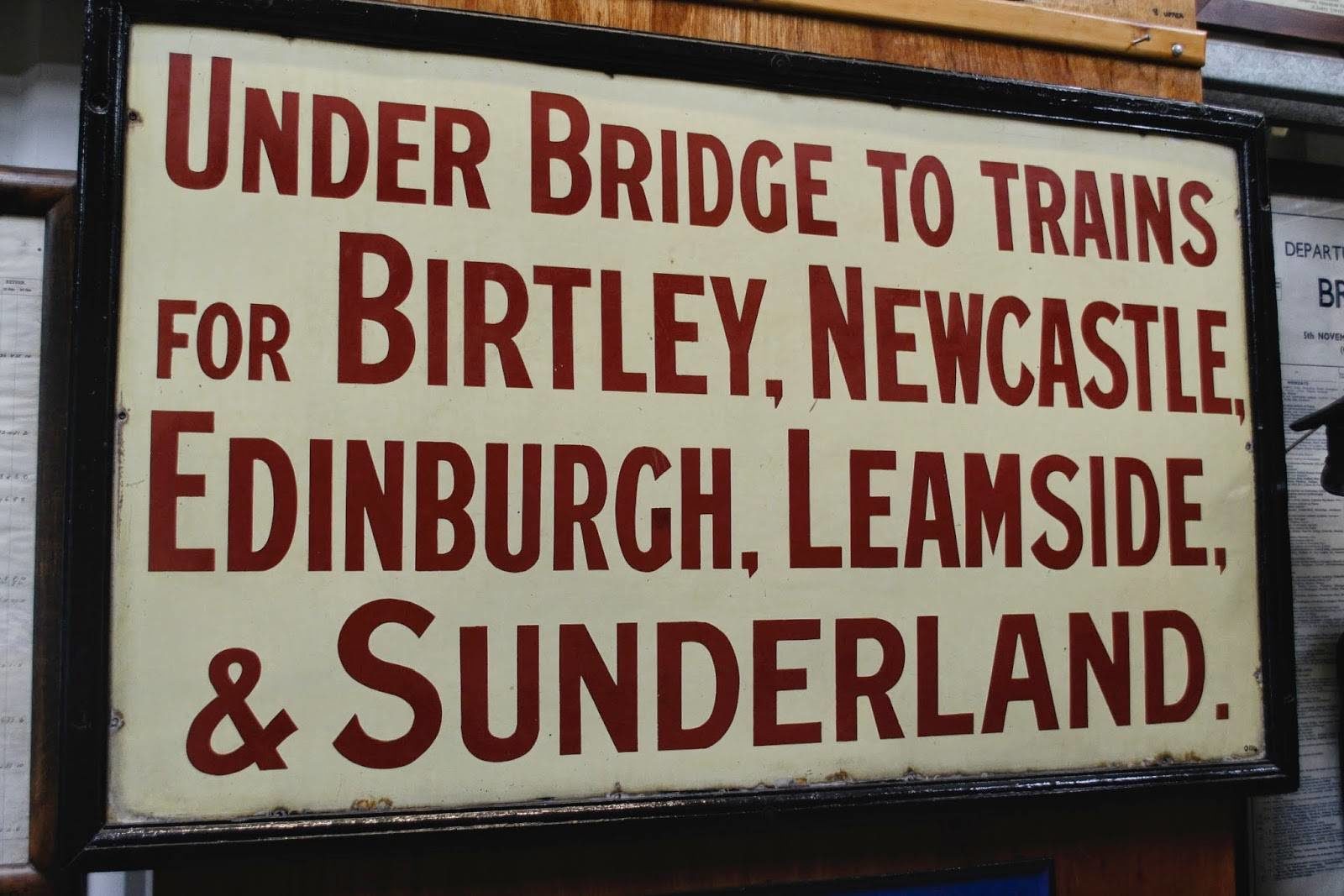 Our second stop off the train was at Ingrow (West) where you can access two small museums with your rover ticket from the train. One of the museums is the Vintage Carriages Trust Museum of Rail Travel which was small but really interesting. You can look round the old train carriages which are set out as they would have been at the time they were used. The volunteers are extremely knowledgeable about the railway and the trains and keen to give you more information. 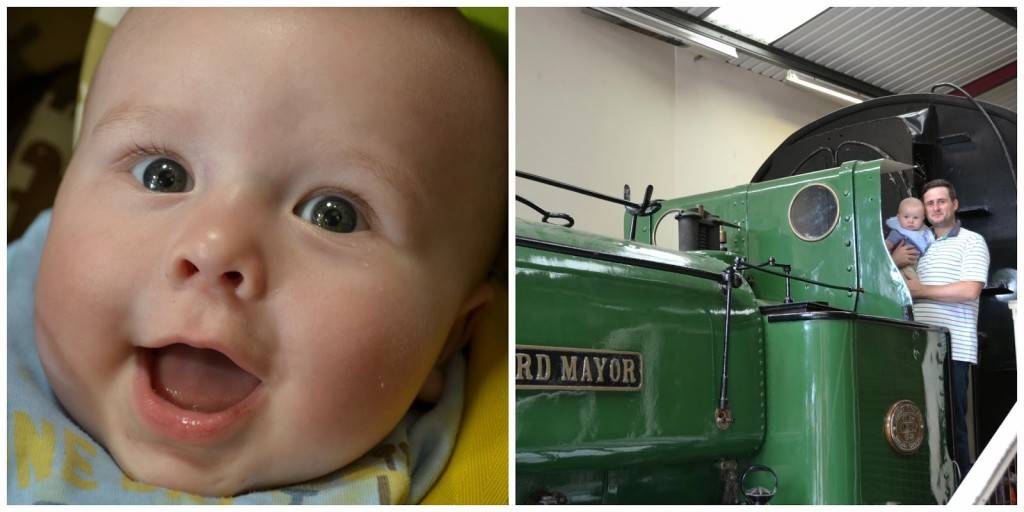 The train can also stop at a station called Damems if you requested it to staff on the train. We didn’t stop there but it’s the smallest standard-gauge railway station in Britain and also has a waiting room, booking office, signal box and level crossing. 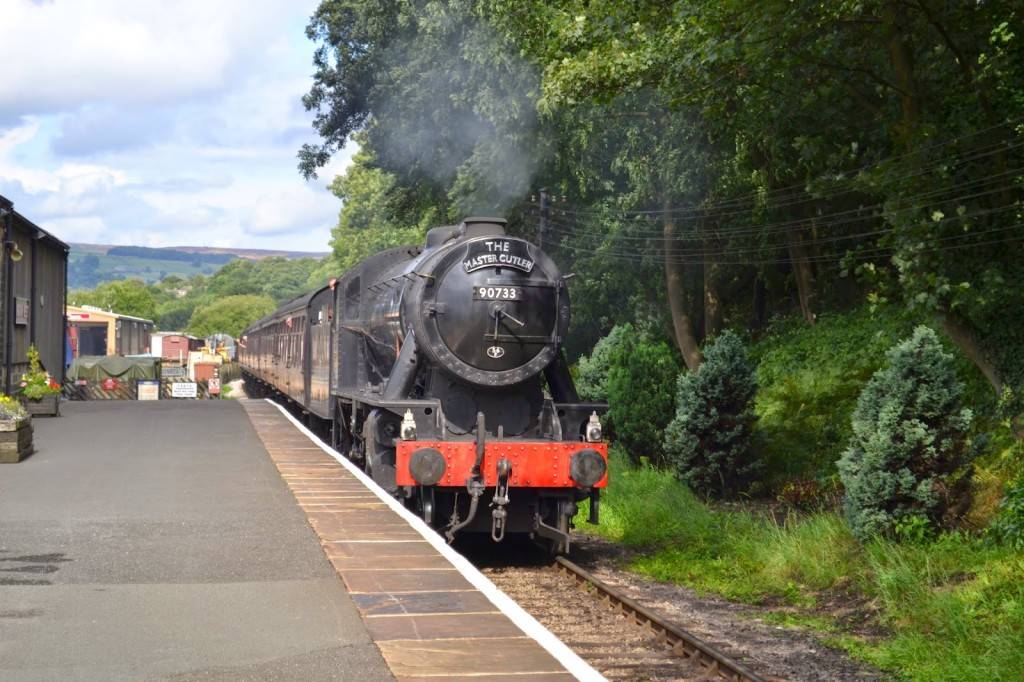 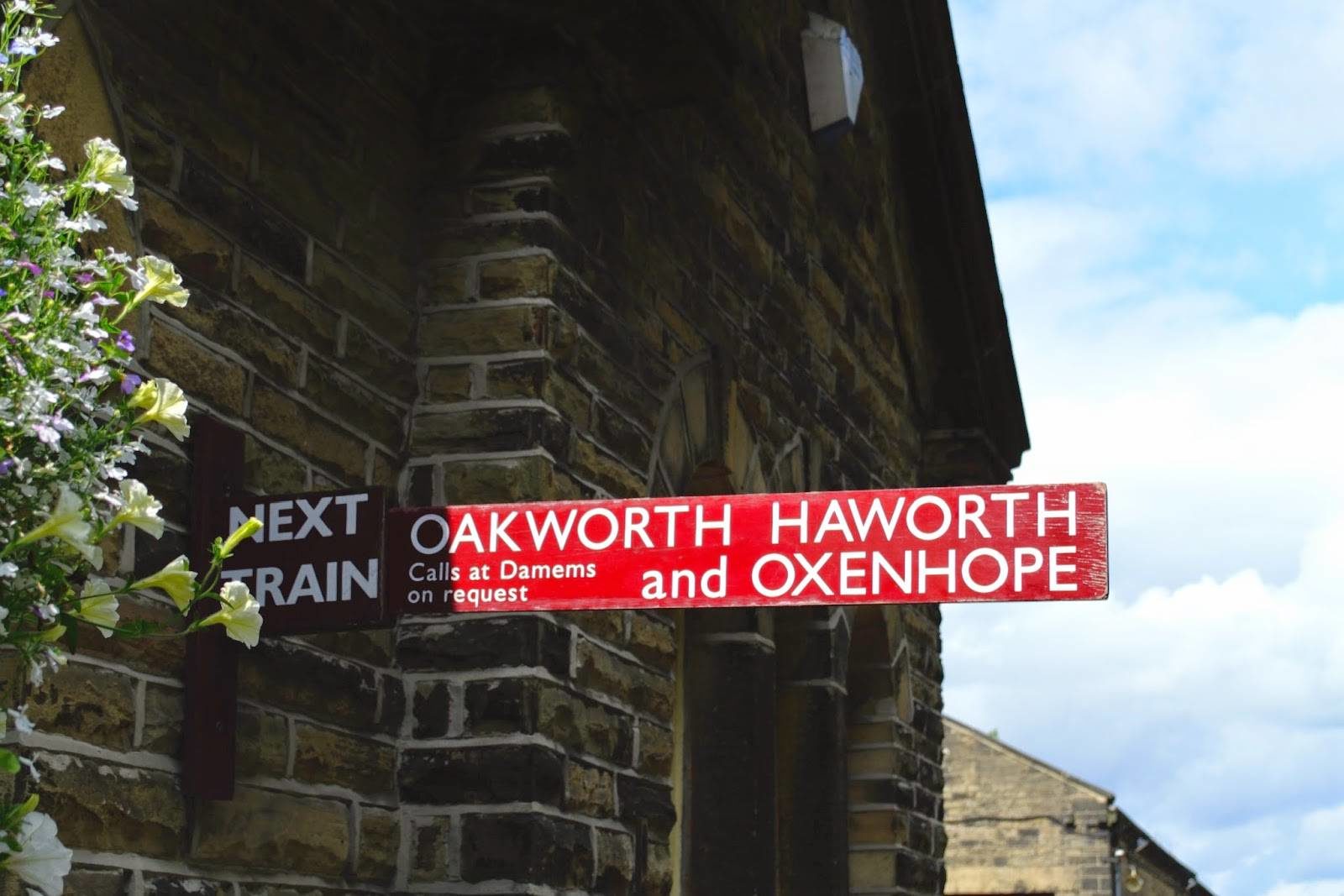 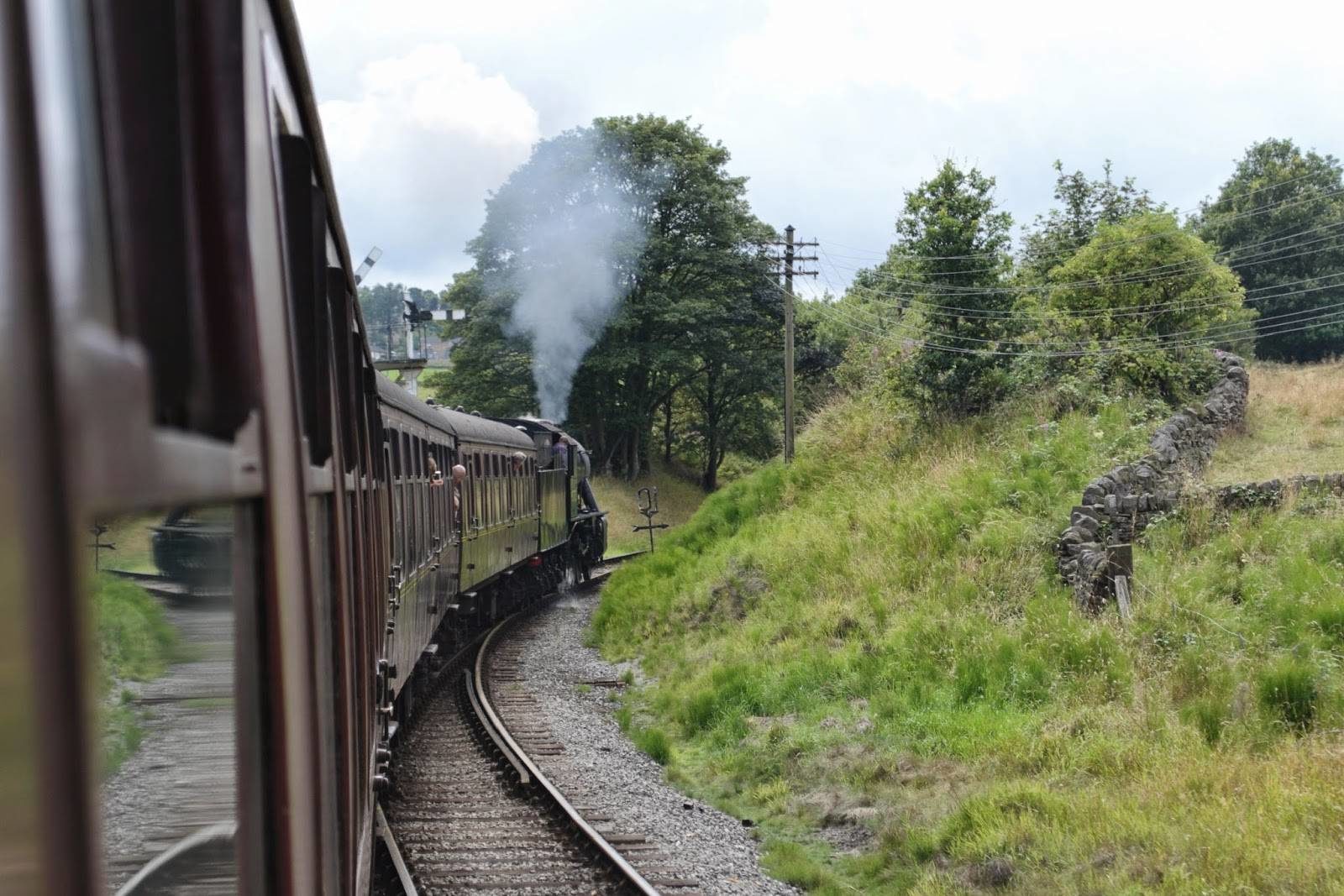 Another of the stops is Oakworth which is famous for being used in the 1970’s version of the Railway Children – I love that film! The station was still decorated with Tour De France things after it passed through the area just before our visit.

With your rover train tickets you also get unlimited day access to the open top tour bus which travels over the moors with a guide giving commentary. The views were great although the bus was extremely bumpy. 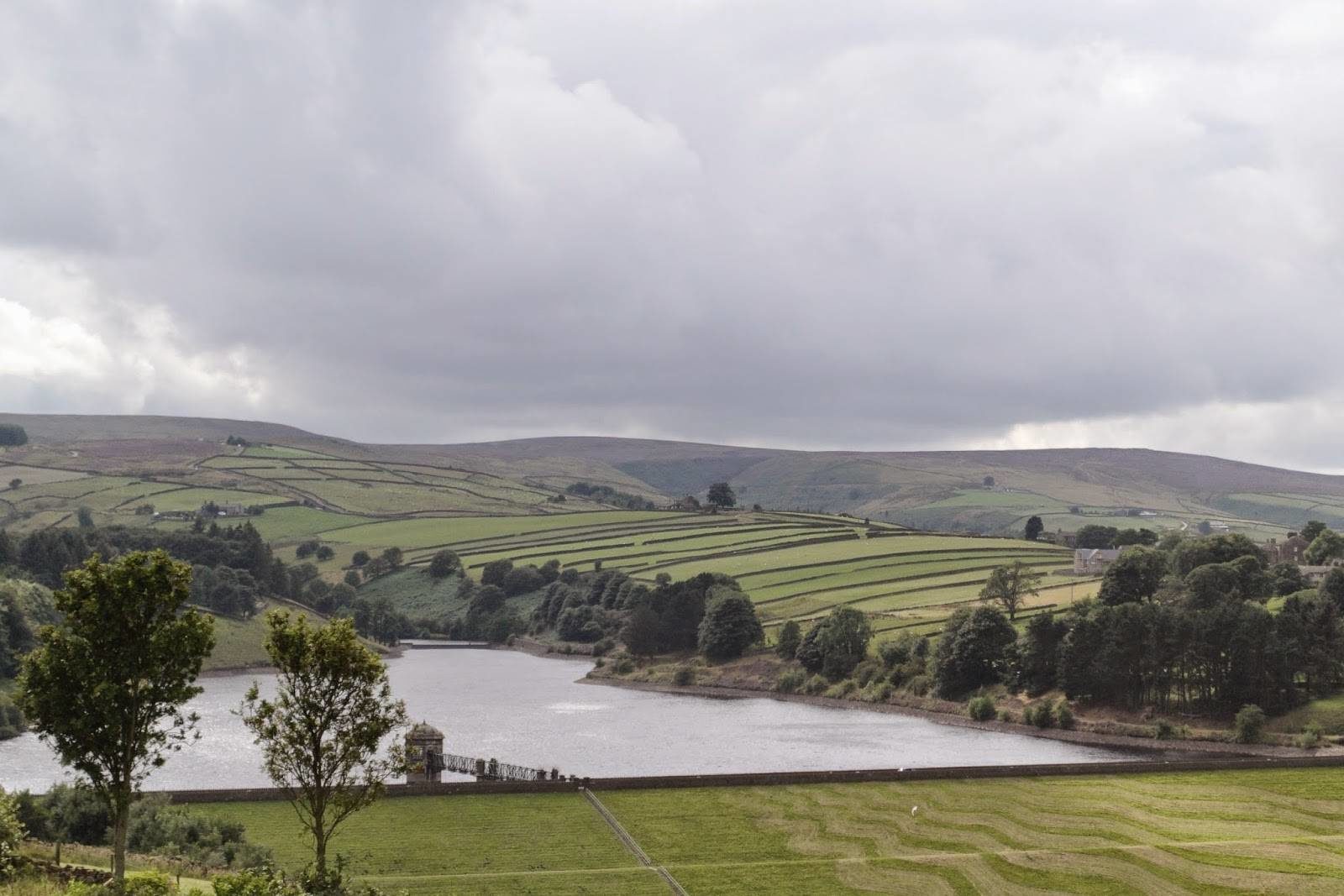 We were on and off the train most of the day and had a great time. The only negative aspect is the timetable. It’s a bit of a nightmare because it isn’t possible to make a stop at each location and still catch the last train back, though I do believe it changes during different times of the year.