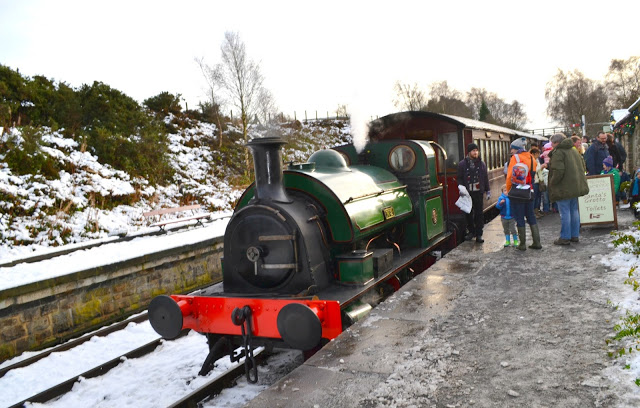 The start of the journey is at East Tanfield station, do make sure you follow the directions on your ticket, and don’t do what we did last year and go to the wrong end! There’s a decent sized car park with plenty of attendants to guide you to the right place. After the snow, the car park was a little slippy and quite muddy where the snow was starting to melt, wellies may be a good choice of footwear!

Before departure you can gather inside the station waiting room, there’s a small cafe where you can buy hot drinks and some craft stalls you can browse while you’re waiting for your train to arrive.

Our train was at 12.30, though they were running a little late due to frozen signals and the icy cold weather.

Boarding is easy, carriages are designated so you can sit where ever you choose. I was also very pleased to see that there was plenty of space, our family of three shared a large carriage with just one other small family, so there was plenty of room and no fighting for leg space. 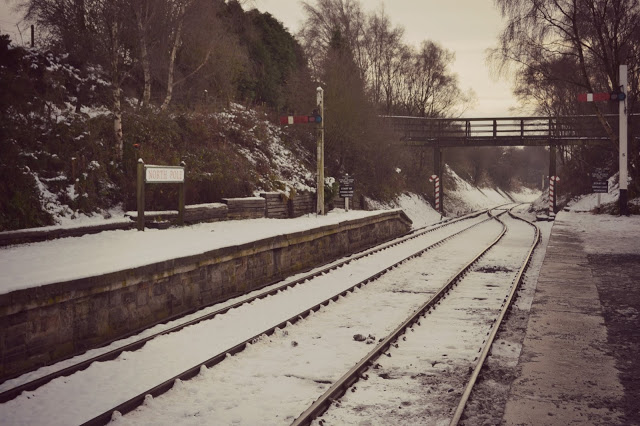 I absolutely love steam train journeys, the bumping of the carriages along the tracks, the toot of the whistle and the smoky smell, it’s all fab. The journey on the Tanfield Railway is no exception, The train chugs along through the beautiful County Durham countryside, which was made even better by the fresh, white snow. 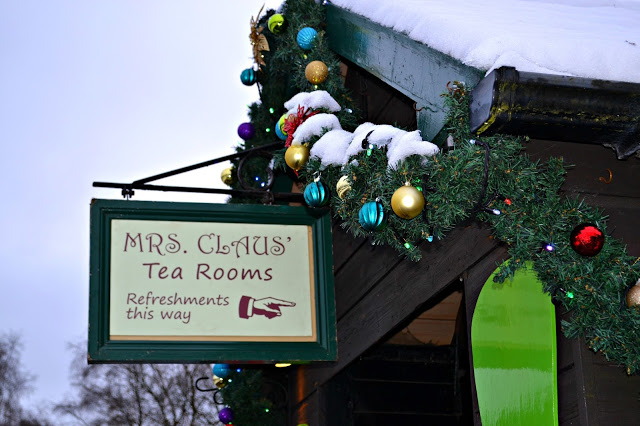 We arrived at the other end to find the station transformed into the North Pole with lots of decorations and characters in costume. 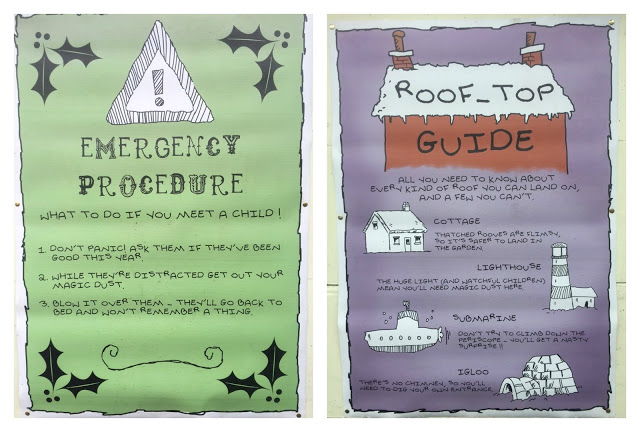 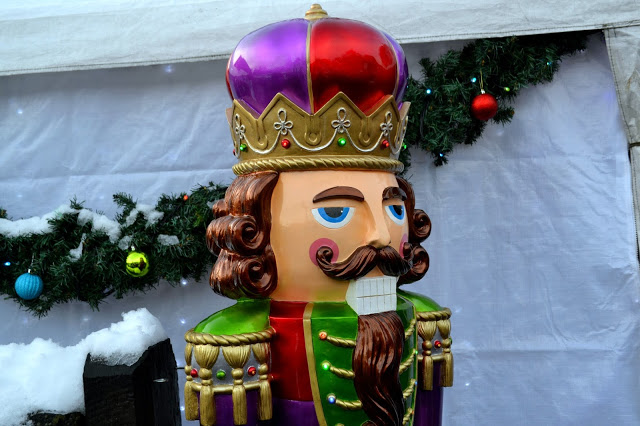 There are some nice little extras included in the price of your ticket, Adults can get a hot cup of either tea or coffee, a mine or apple pie and a small glass of sherry whilst kids can have juice and some crisps. There are also additional biscuits and chocolate you can purchase if you wish.

As well as the food in the tea room there are young volunteers walking round with baskets filled with chocolate bars for the children which I thought was a nice little extra. 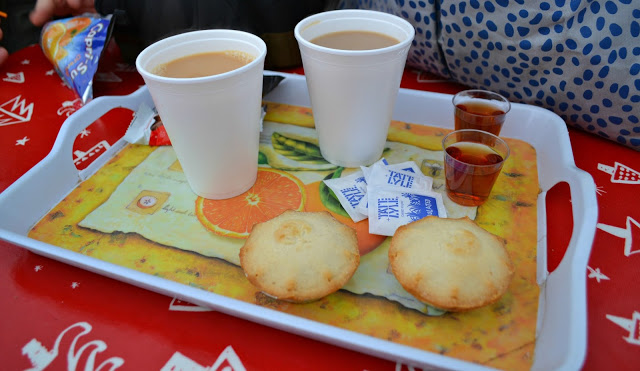 Once you get off the train to your right is the entrance to Santa’s Grotto and to the left is Mrs Claus’ tea rooms. I’d recommend getting your food and drinks before queuing to see Santa. Last year we did it the other way and ended up waiting ages to see Santa whereas this year we ate and drank first before joining the queue. It took a lot less time this year as the queue had died down by the time we got there. 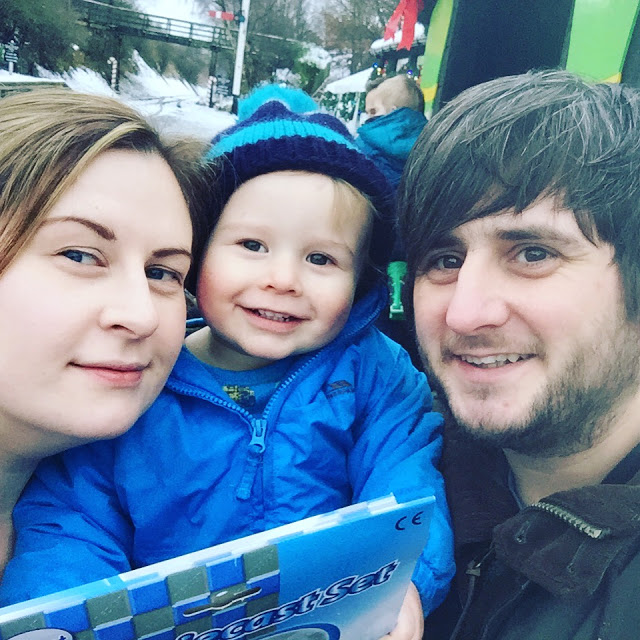 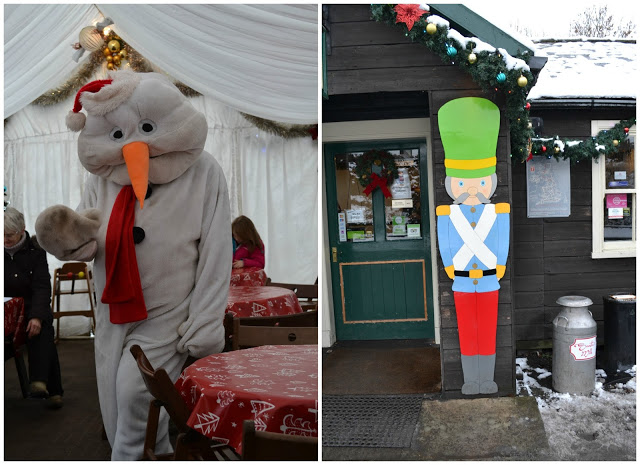 Queing to see Santa went over quite quickly. It was chilly but the queue is actually underneath a marque which keeps the wind off a little. The entrance to the Grotto is filled with decorations and a Santa and his elves festive scene. It’s very cosy and the children waiting were all very excited. 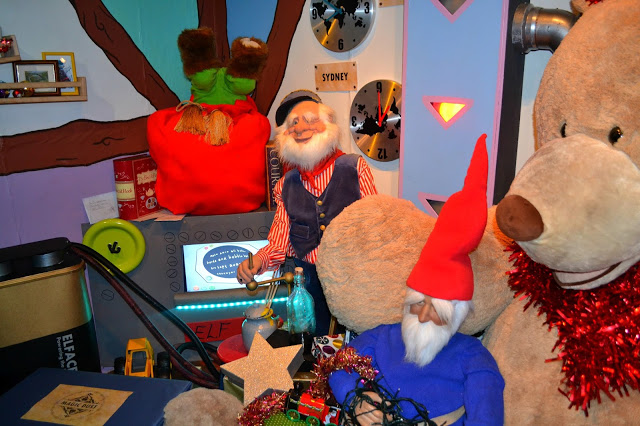 Santa himself was pretty impressive, he was jolly and friendly, as was his helper. The little Grotto was decorated nicely and looked very festive. The little man wasn’t as keen on meeting Santa this year and was just plotting his escape route! 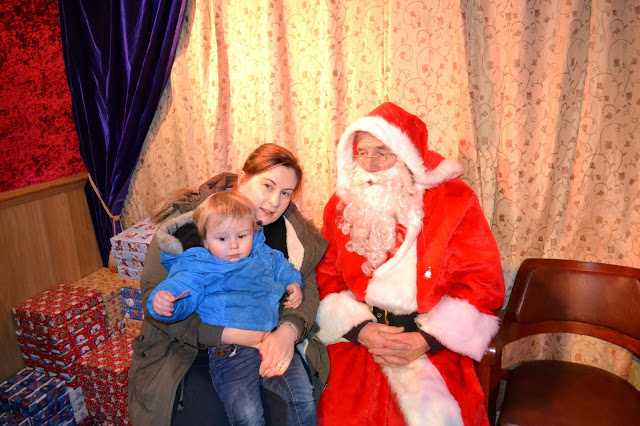 He was given a present and told Santa would seen him soon, before we found ourselves back on the platform where we had time to wander round, watching the volunteers fill the train up with coal and water and check out the decorations before our return journey. 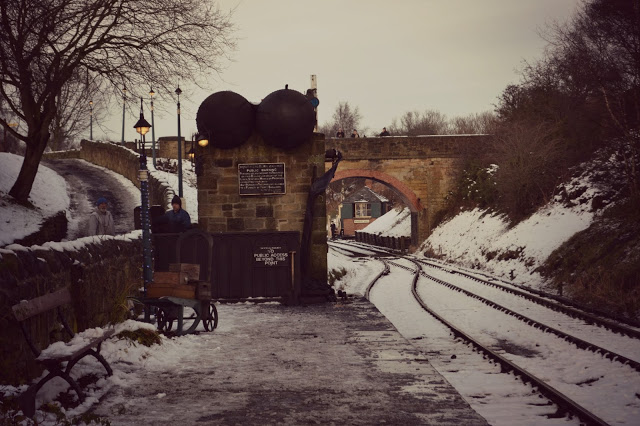 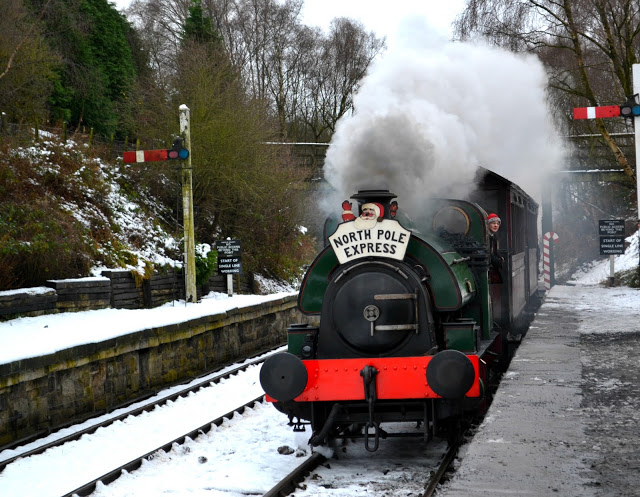 The return journey was just as good, we watched over the snow covered fields while cuddled together (remember totake a thick coat and a warm hat) during our short journey back to the starting station.

We thoroughly enjoyed our second visit to Tanfield’s North Pole Express and we will definately be visiting again next year.

The total cost for the three of us was £42.63 (with a rather random transaction fee added). This included a visit for two adults and one child which lasted approximately and hour and a half, drinks and snacks and a gift from Santa for the little man.