If you read my blog, you’ll know we absolutely love visiting Beamish Museum. We visit often and really make the most of our annual passes ( and adults costs £19 and children under 5 are free). 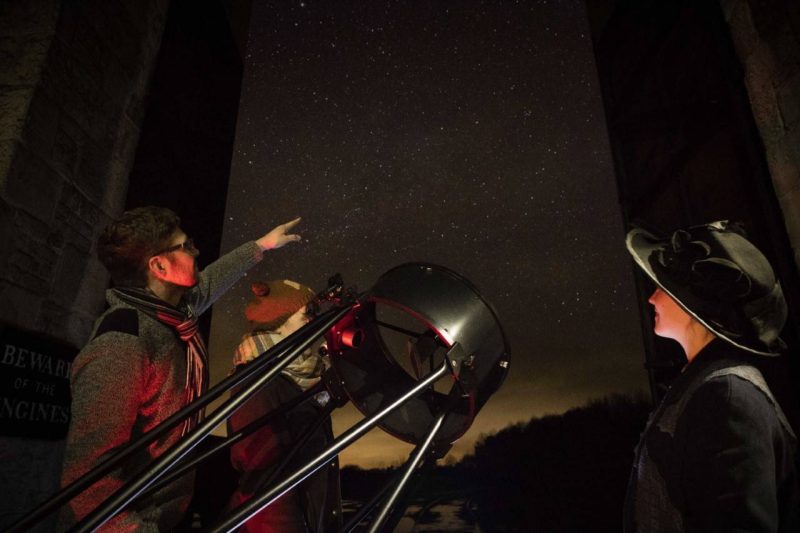 Pulling up at Beamish in the dark was quite strange, we’ve never done any of the night time events so we’d never seen Beamish after sunset. The car park was light enough to see where you were going, thanks to some very large floodlights.

We queued as normal and as we were waiting we were all handed a small stargazing torch with red light and a whistle attached, presumably in case one of us got lost by veering off one of the paths.  The children in the queue found that fun, though I imagine three hours later, they staff weren’t as enthusiastic! 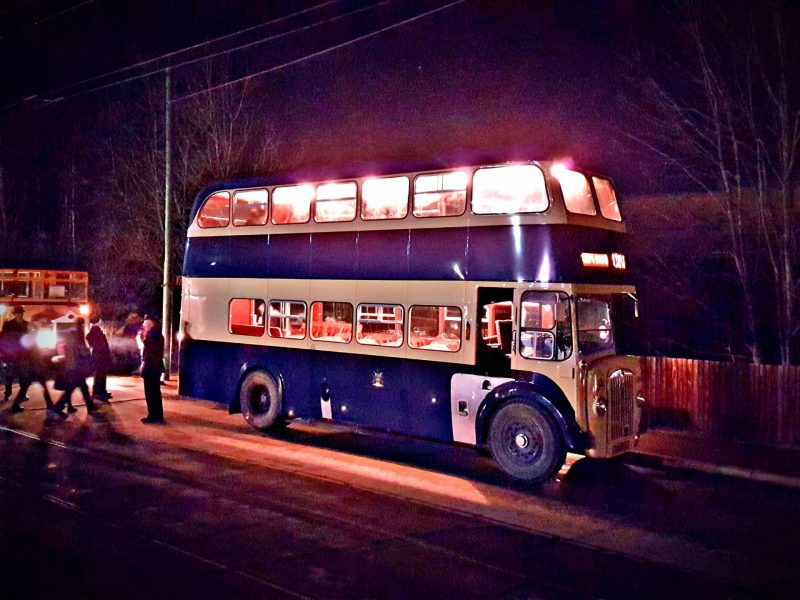 We headed down to Pockerley Waggonway ( accessible buses were running regularly if you needed them) where there were numerous telescopes in various different sizes. Each was manned by a Sunderland Astronomical Society member who were on hand to answer questions, help focus the telescope and share their knowledge. Despite the face there were quite a lot of people, there queues to view the telescopes were no more than a minute or two.

We were lucky enough to see the Moon however the clouds quickly rolled in and prevented any further viewing of anything else in the sky. Sadly we didn’t get a chance to see the stars or anything else but the the craters on the moon were really interesting to see through the telescopes.

Waiting for a break in the clouds we decided to head off to The Great Shed in Pockerley Wagonway to listen to the Moon Myths and Legends talk. It was quiet chilly in the shed but such a unique location for the talk. The talk lasted around 20 minutes and the man seemed to know his stuff.

We checked the sky again with the telescopes but sadly the clouds were spoiling any further viewing so we decided to head to the chapel in the Pit Village to listen to the Five Wonders of the Universe talk. We picked up hot chocolate for £1.95 each at Sinkers’ Bait Cabin but noticed that there was food available, we saw cheese and onion pasties and sausage rolls being bought. I do think Beamish missed a treat but having Davy’s Fried Fish and Chip shop closed. I think the option to buy a hot portion of chips would have been a very popular choice, especially for those visiting with children. 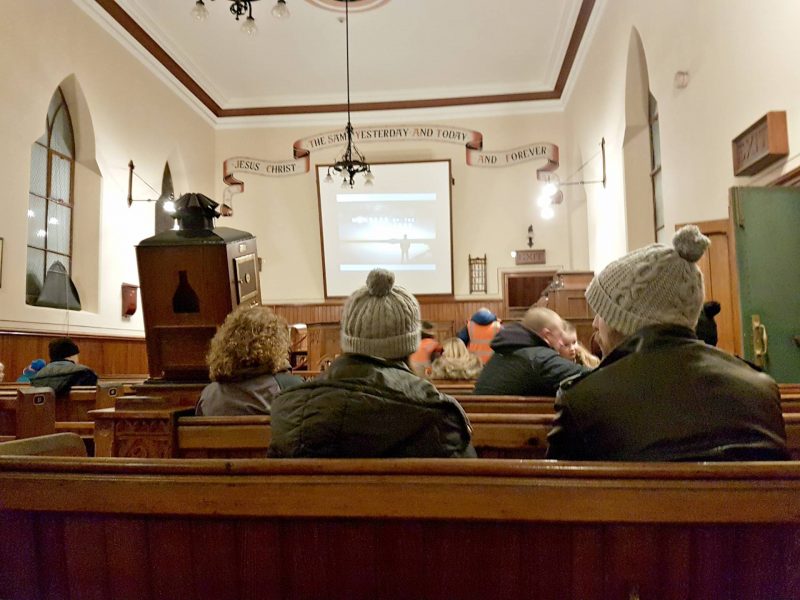 Settled in the chapel and warmed up by our hot chocolate, the speaker, Graham Dark, was interesting and engaging and we learnt about the five wonders of the universe, some of which are down to chance, some are down to laws of nature and others are simply triumphs of the human mind.

The Pit Village School was home to the Institute of Physics for the night. Children were able to get crafty and make planets and rockets, glow in the dark constellations and planispheres. It look pretty popular as there was a biggish crowd of children (and parents) gathered. I think the little man would have enjoyed this part as he’s a huge fan of crafts.

We managed to catch The Moon talk at Hetton Band Hall. The talk by Christ Duffy was probably our favourite part of the night. He was both knowledgeable and engaging with both kids and adults and it was interesting to learn more about the moon, where it came from, where it’s going ( did you know it is moving away 3.78 cms each year) and what it’s done for us.

The Pit Village was very muddy and wet but Beamish staff were able to point out the best routes to take across the road, avoiding the puddles. 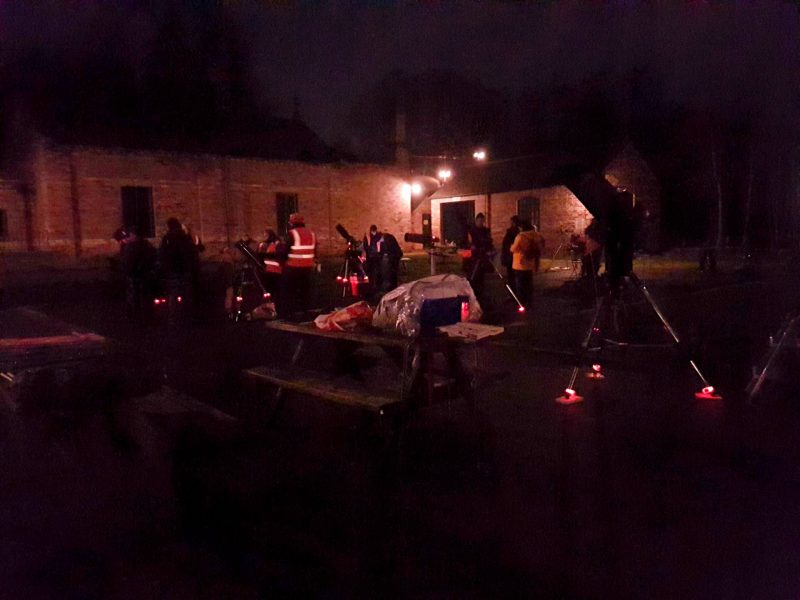 We had a quick look at the telecopes set up on the area to the side of the band hall but as the cloud hadn’t cleared any, we decided to head back to the car to warm up.

I apologise for the lack of pictures but we were told off by one of the Astronomical Society for using our camera so we avoided using it for the rest of the night.

I’m glad we didn’t take the little man. I think he’d have been very cold and bored quite quickly. We did see and hear quite a few children who clearly felt the same but Hubby and I loved it and would definitely go to another similar event. Hubby has already expressed an interest in joining the Sunderland Astronomical Society so I feel an expensive hobby starting!

Tickets were £5 each which I thought was very reasonable considering the event was on for three hours.