BRIO has been a hit in our house since the little man was very young. He started off with wooden baby toys before becoming obsessed with the toys from BRIO World. 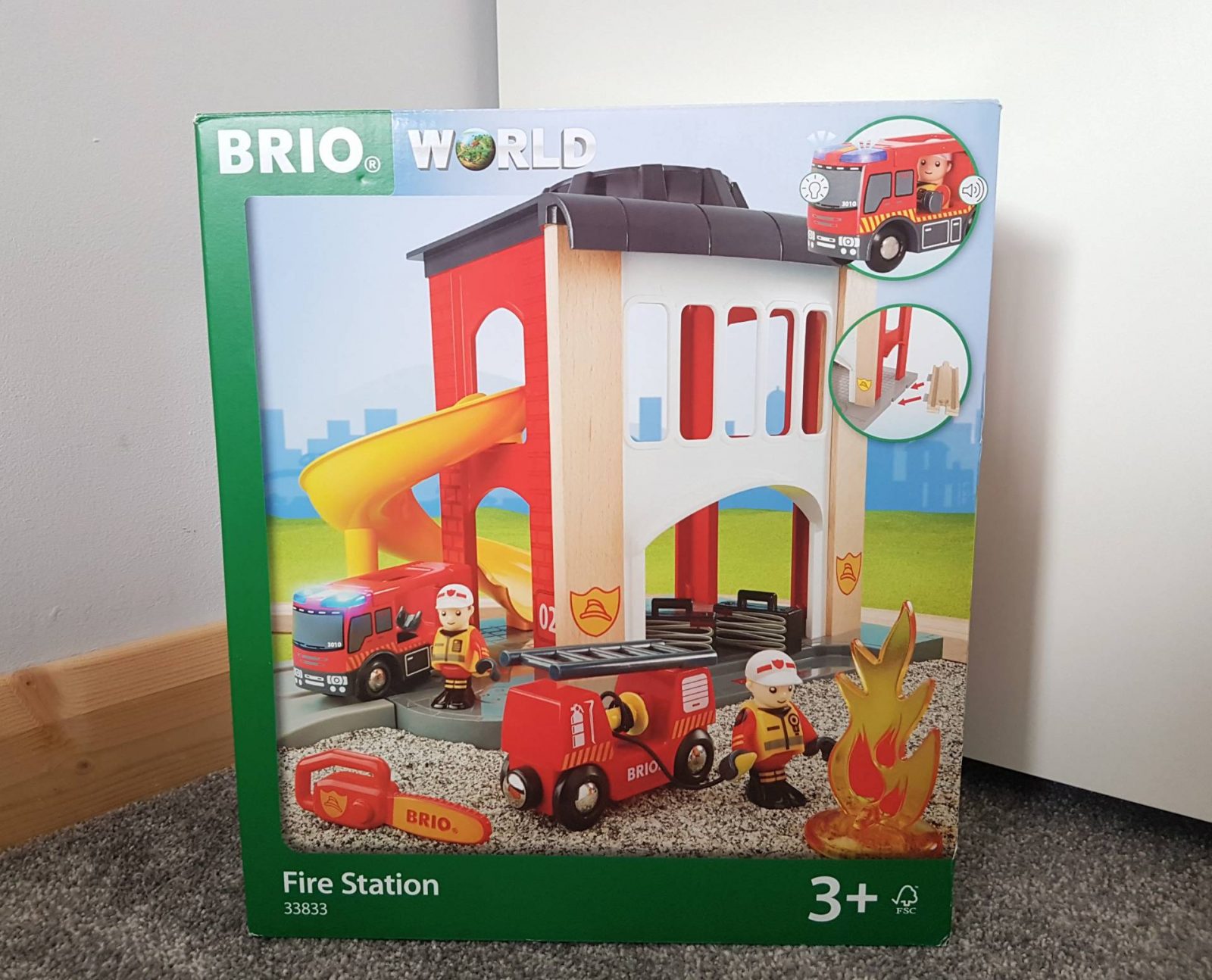 The BRIO Fire Station is part of the ‘rescue’ range of the extensive BRIO World collection and the little man was recently sent it to add to his growing collection. Hubby and I love the BRIO toys as much as he does and love to see how immersed he becomes in imaginative play. 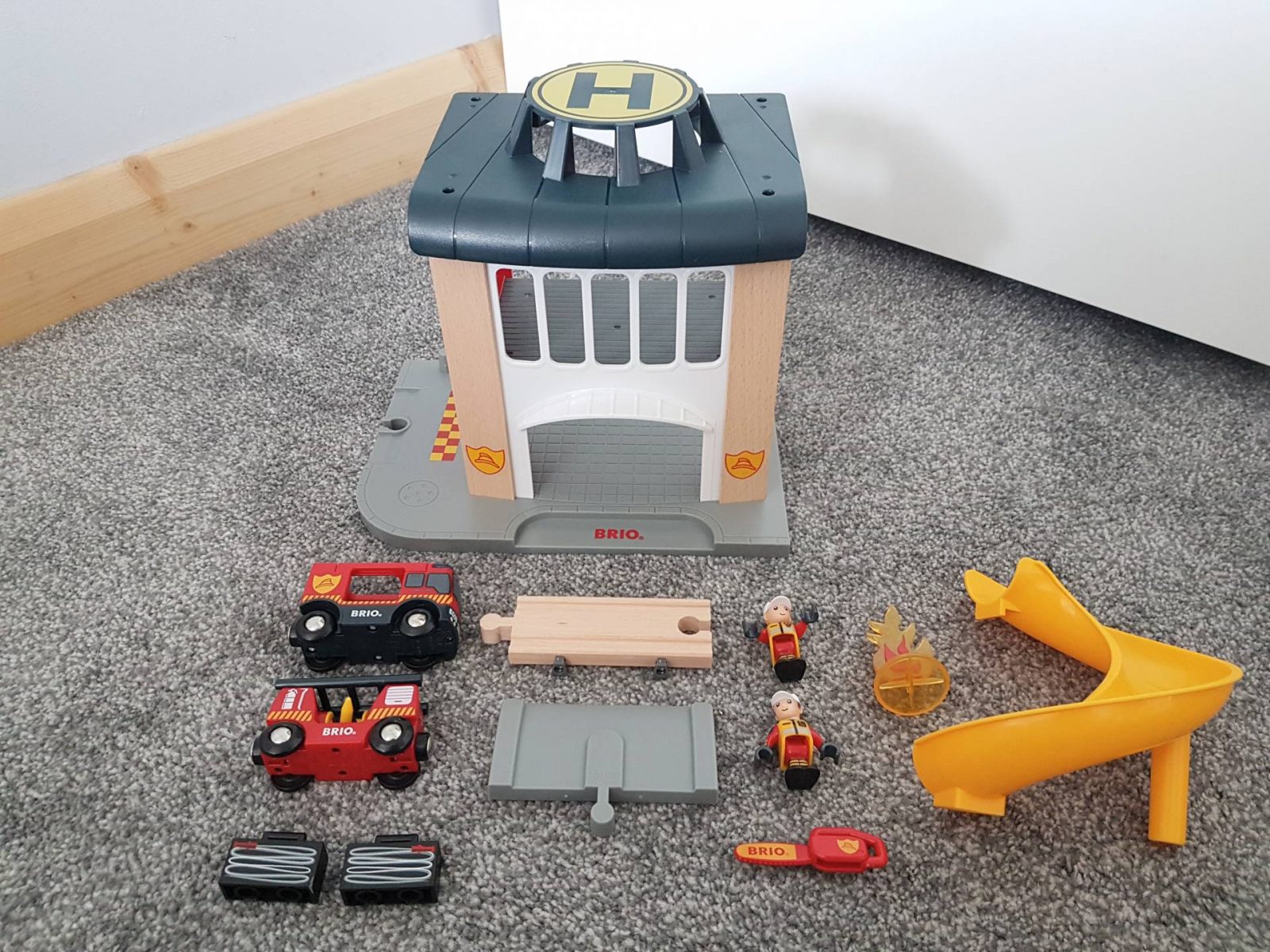 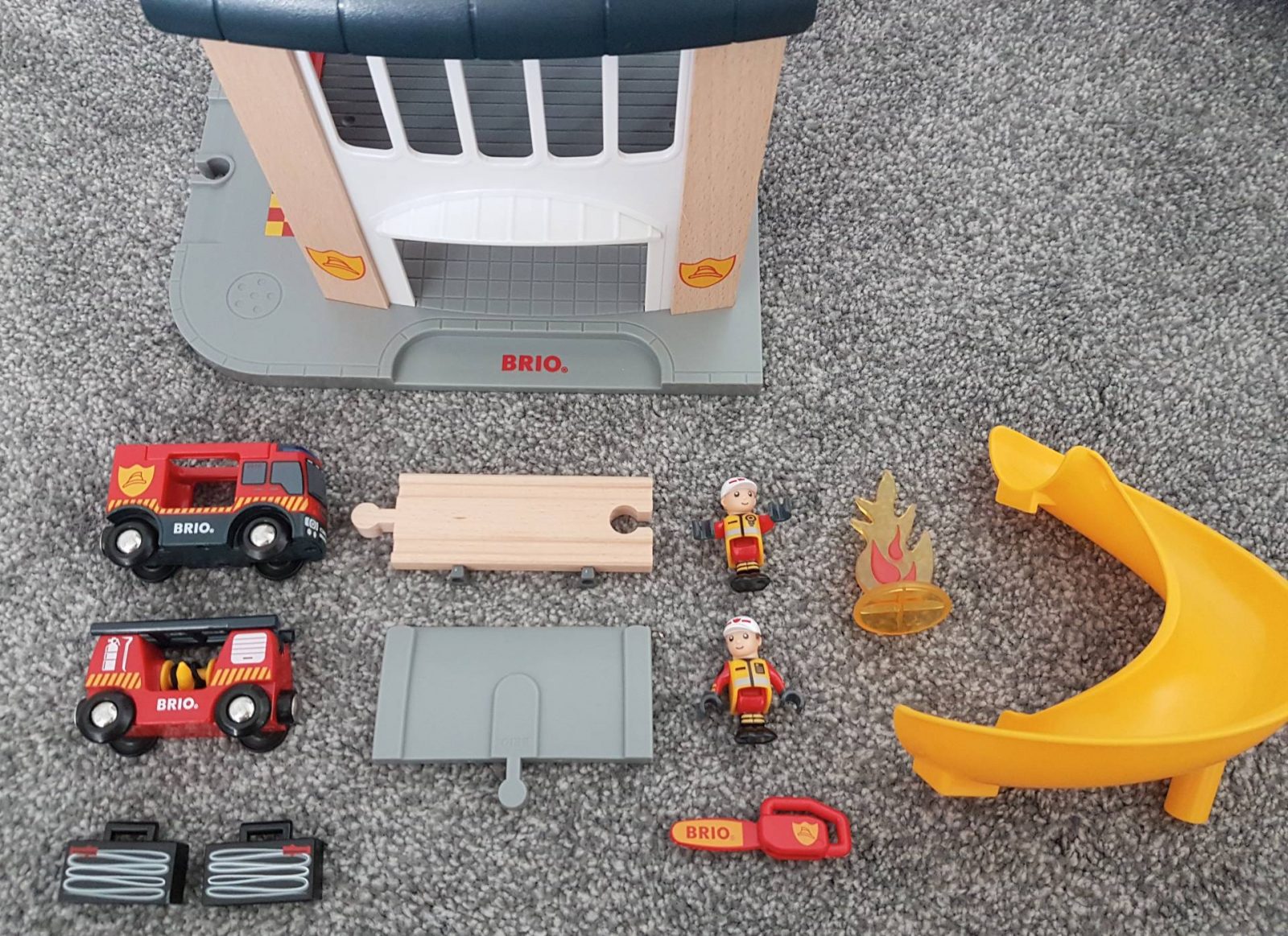 The Fire Station has two different levels and a slide that helps the figures to get to the bottom quickly. 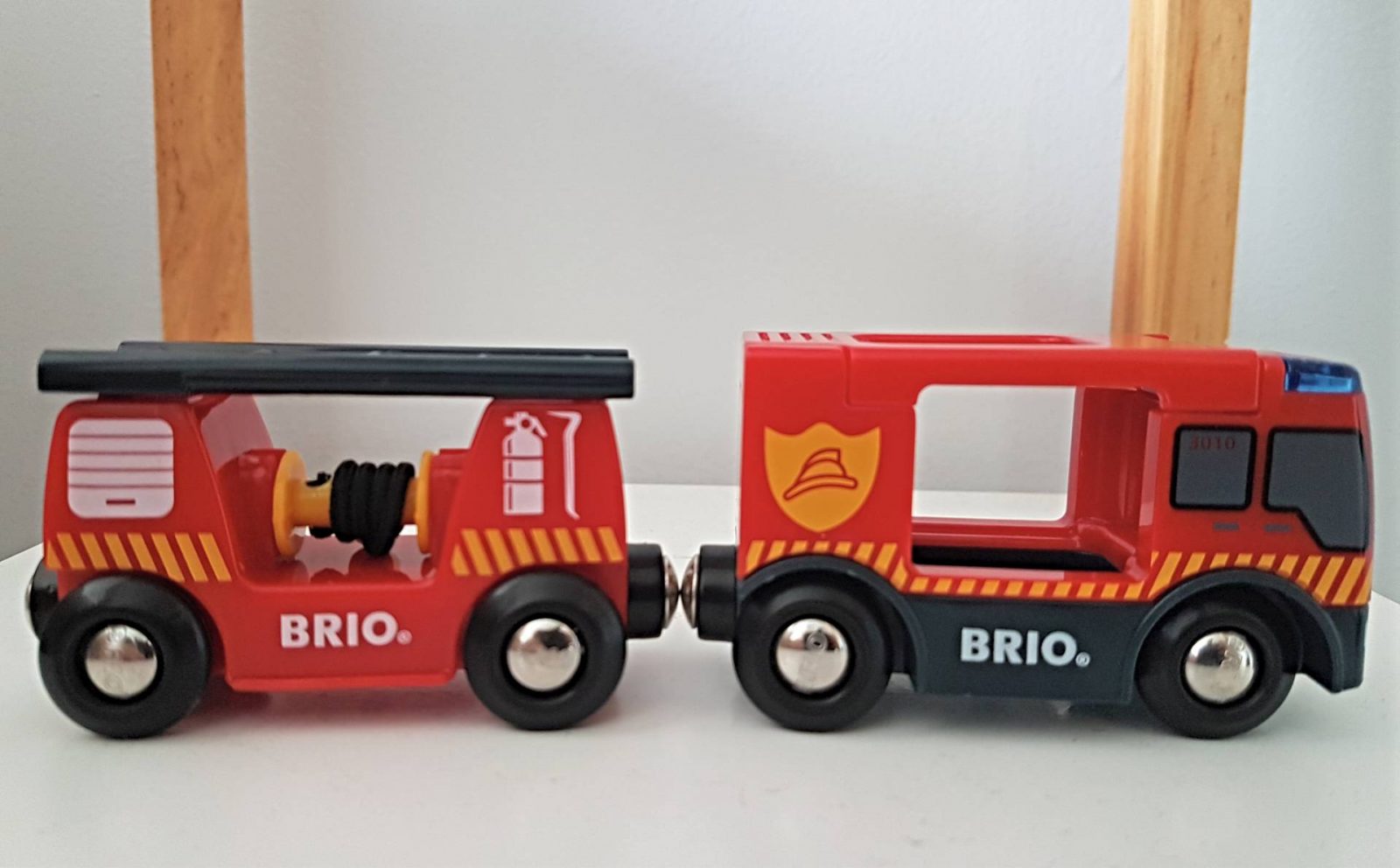 The fire engine has working flashing lights and a siren which has been a huge ( and repetitive) hit in our house. 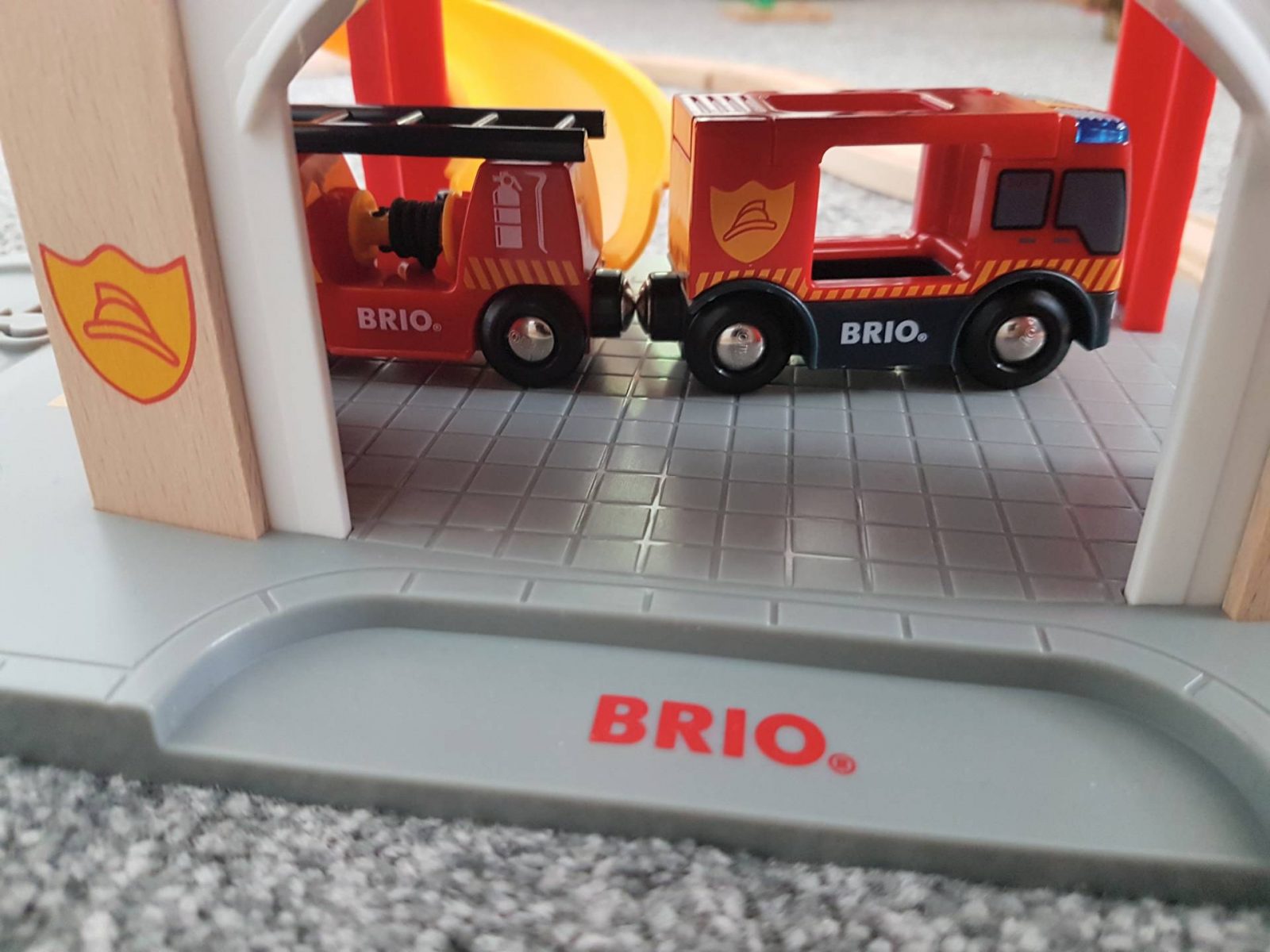 The Fire Station is open and easily accessible for smaller fingers. The vehicles from the set can pass through the doorways as can any other small vehicles your child may have. 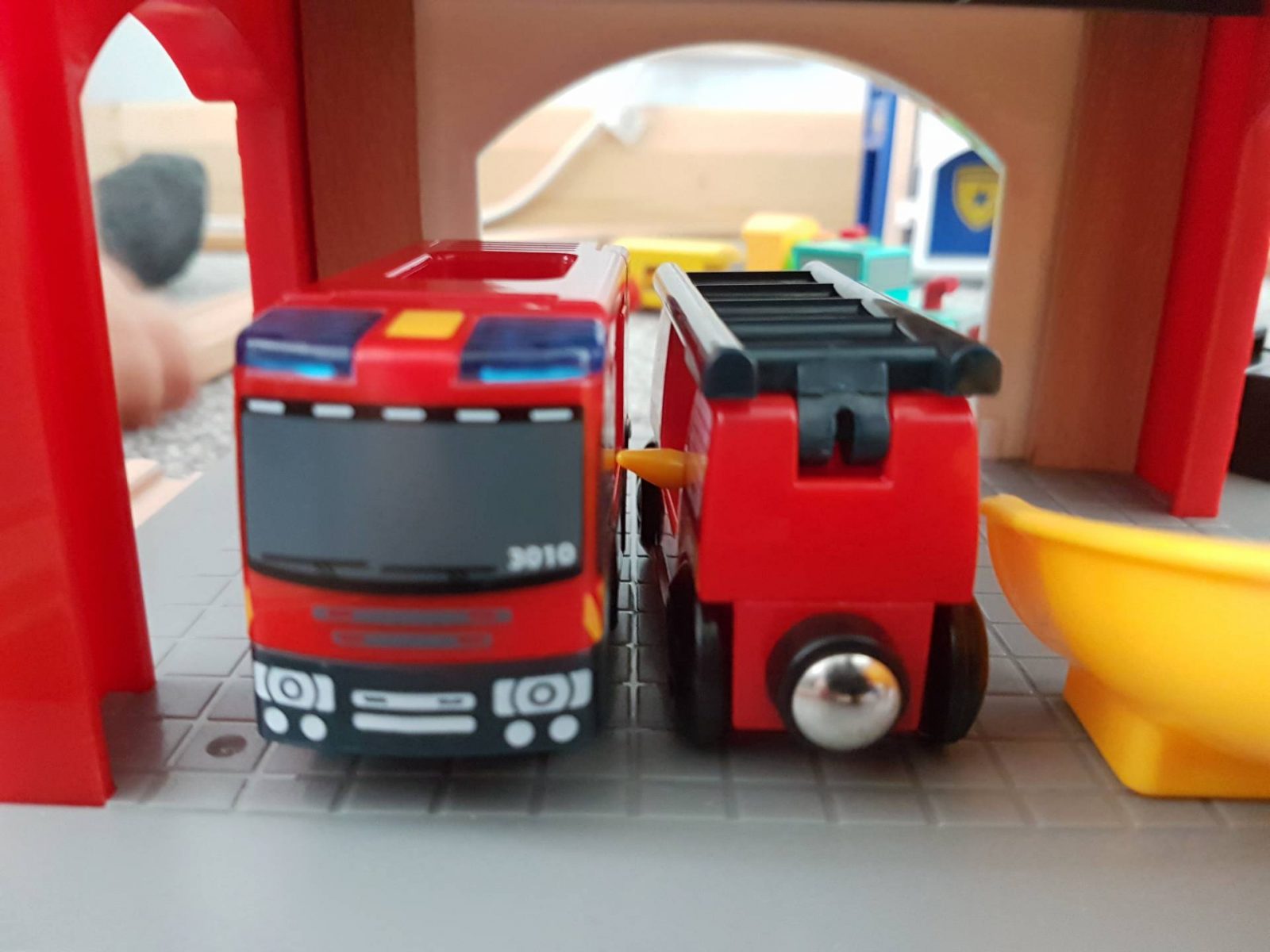 Like BRIO trains, the fire engine has a magnet at the rear which attaches it to it’s fire trailer or any other similar BRIO vehicles. 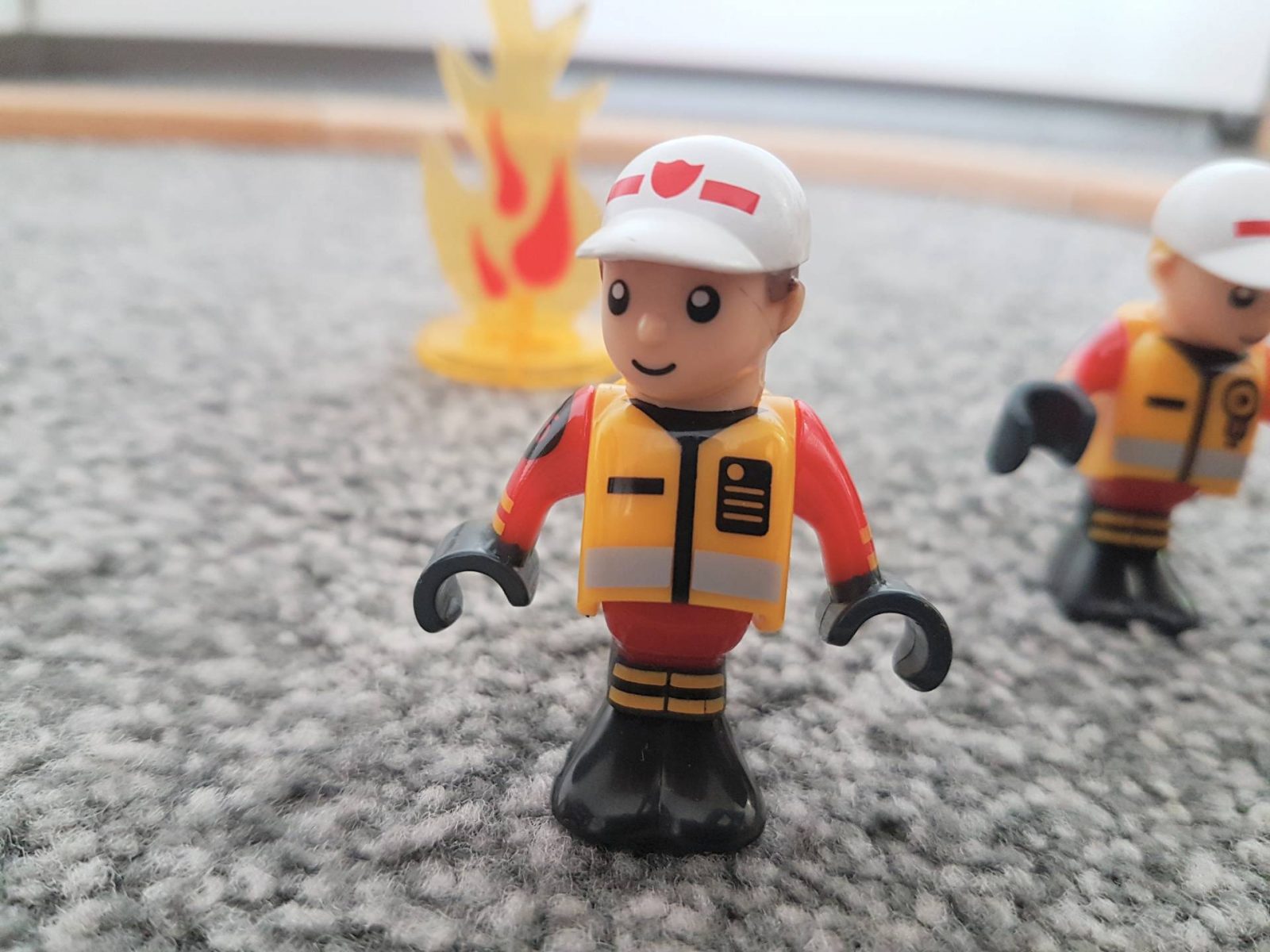 The fire trailer has an extendable ladder and hose reel and the firemen’s hands clip onto the end of the water hose so little people can pretend they’re putting out fires. 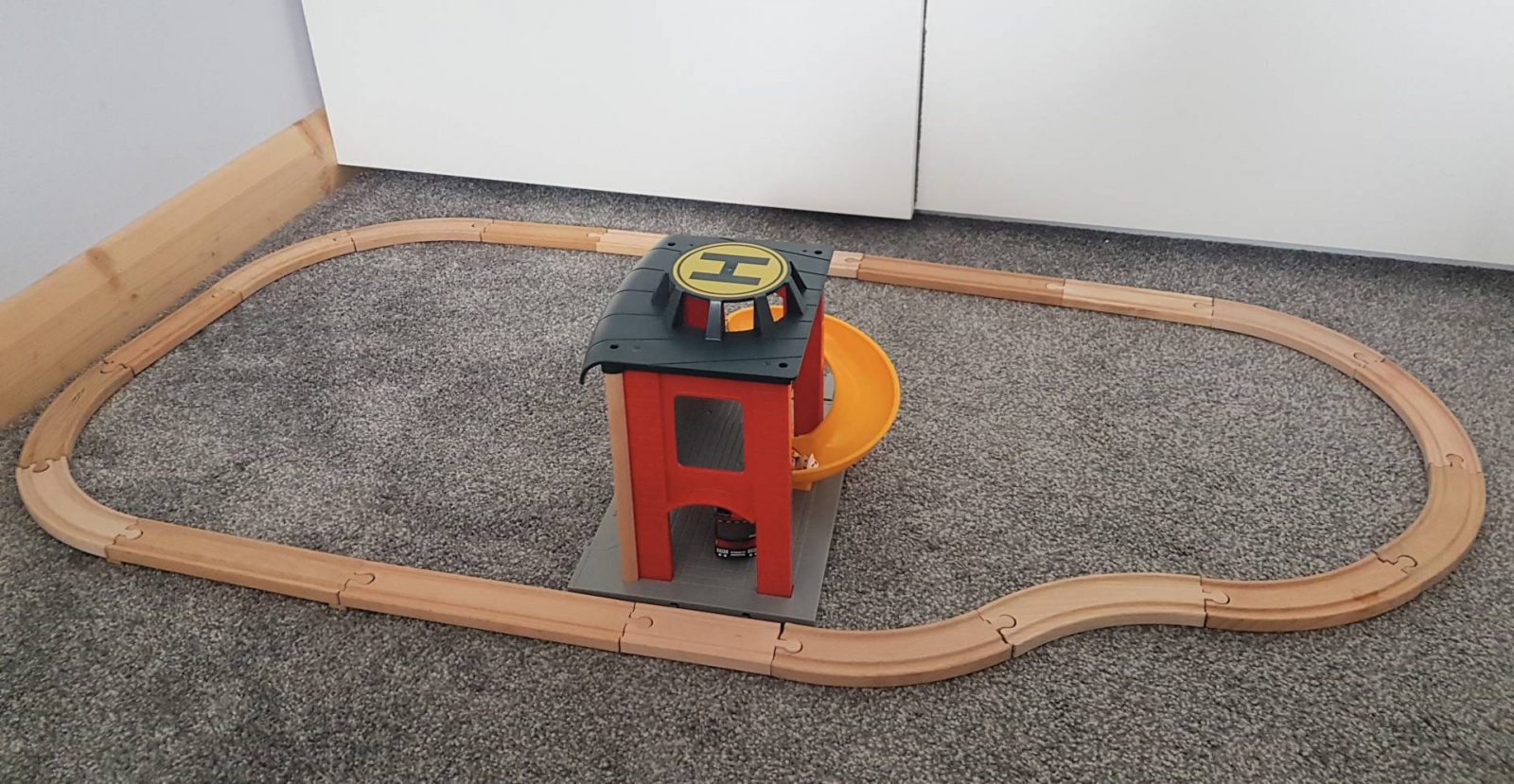 The Fire Station can be played with as a stand alone toy or added to any other BRIO or similar wooden track and other toys from the  BRIO World range. We already have the BRIO Police Station so the Fire Station works perfectly with it. The Fire Station has a Helipad on the top so I image the little man’s next request will be the BRIO Firefighter Helicopter which can be purchased separately. 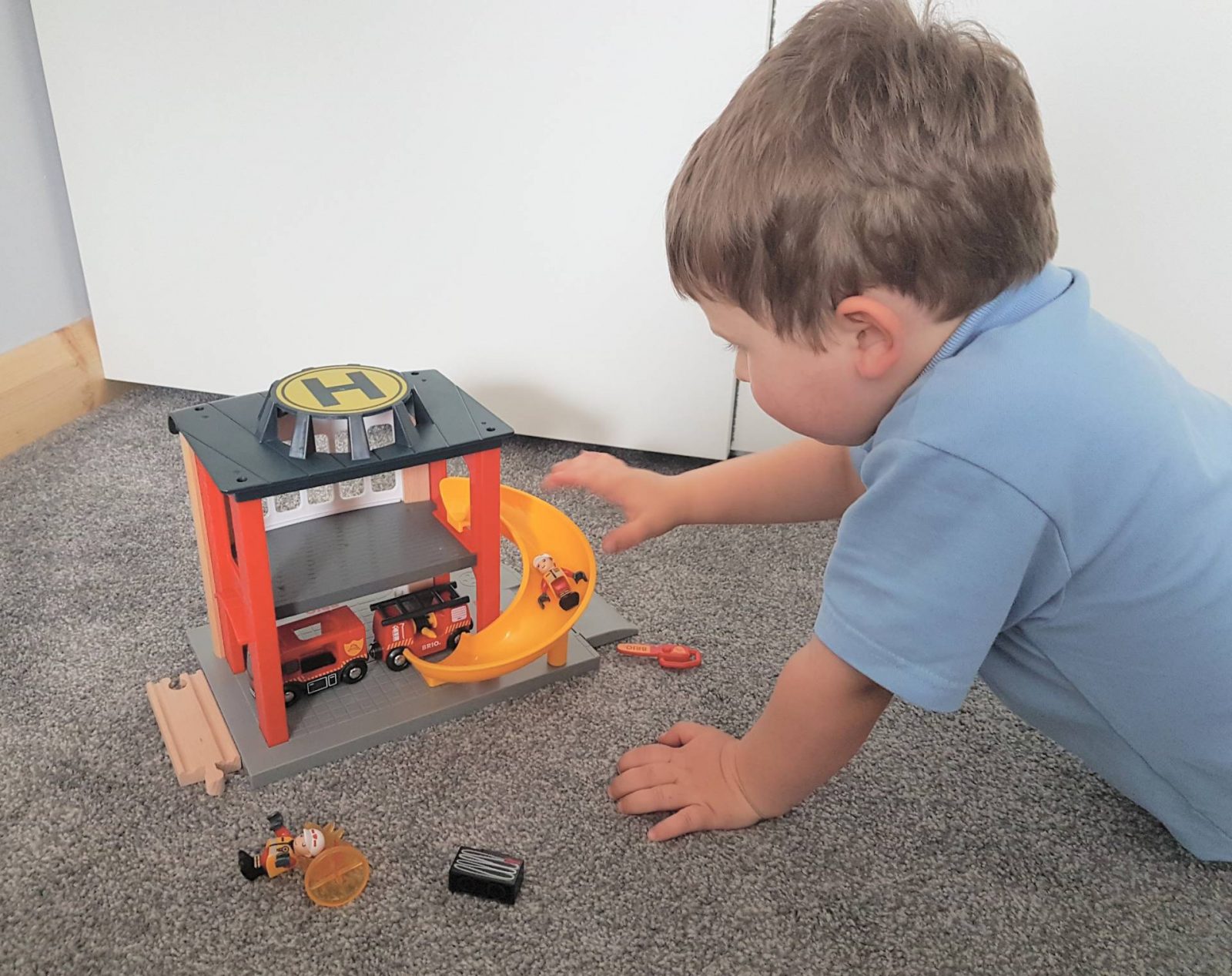 The little man loves sliding the fire fighters down the bright yellow slide to get them ready for their fire fighting adventures. 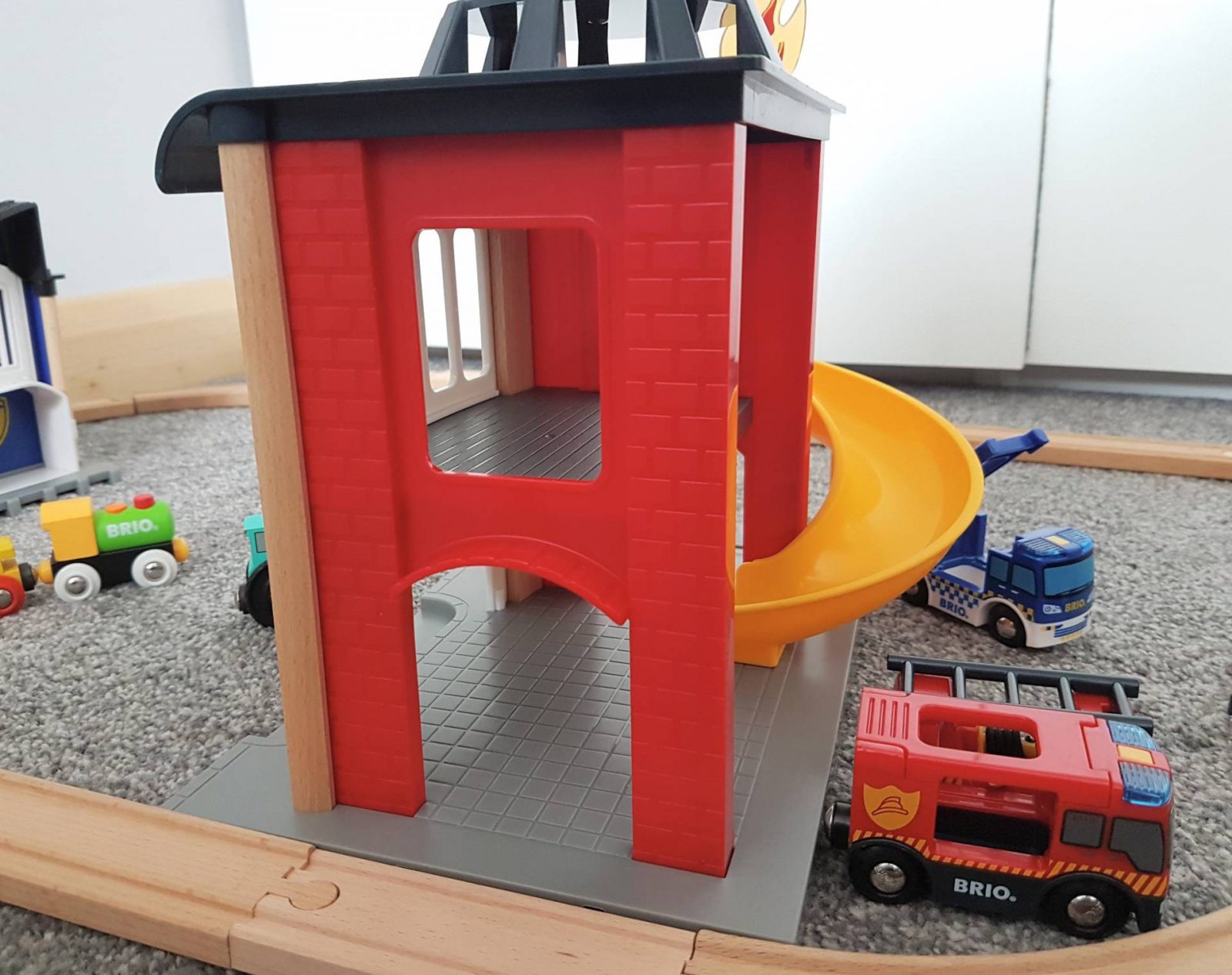 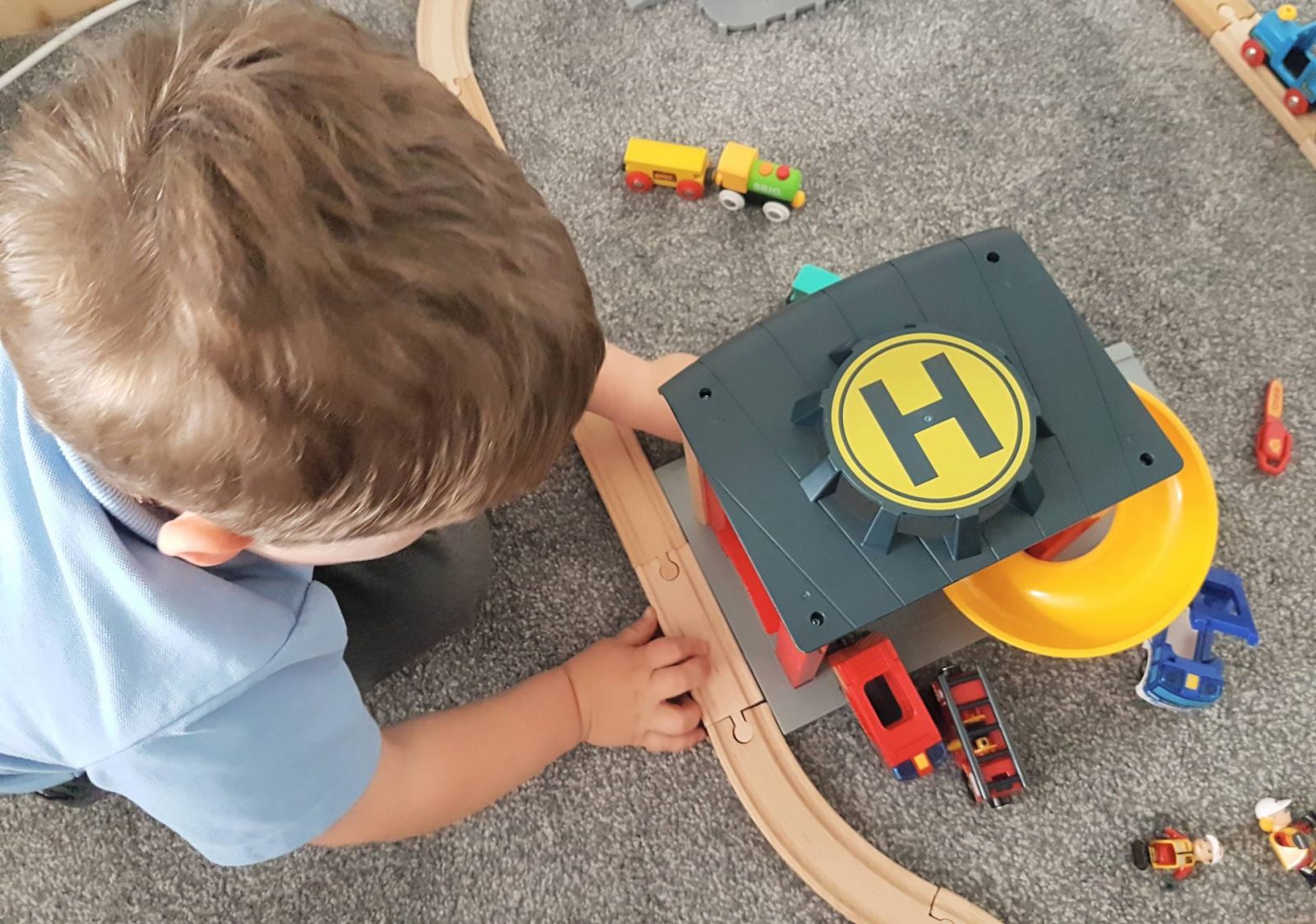 At 4, the little man is able to set up the play set on his own but loves Mammy and Daddy to help to so he can add it to his other BRIO track and create huge tracks which have been known to fill the whole downstairs of our house! 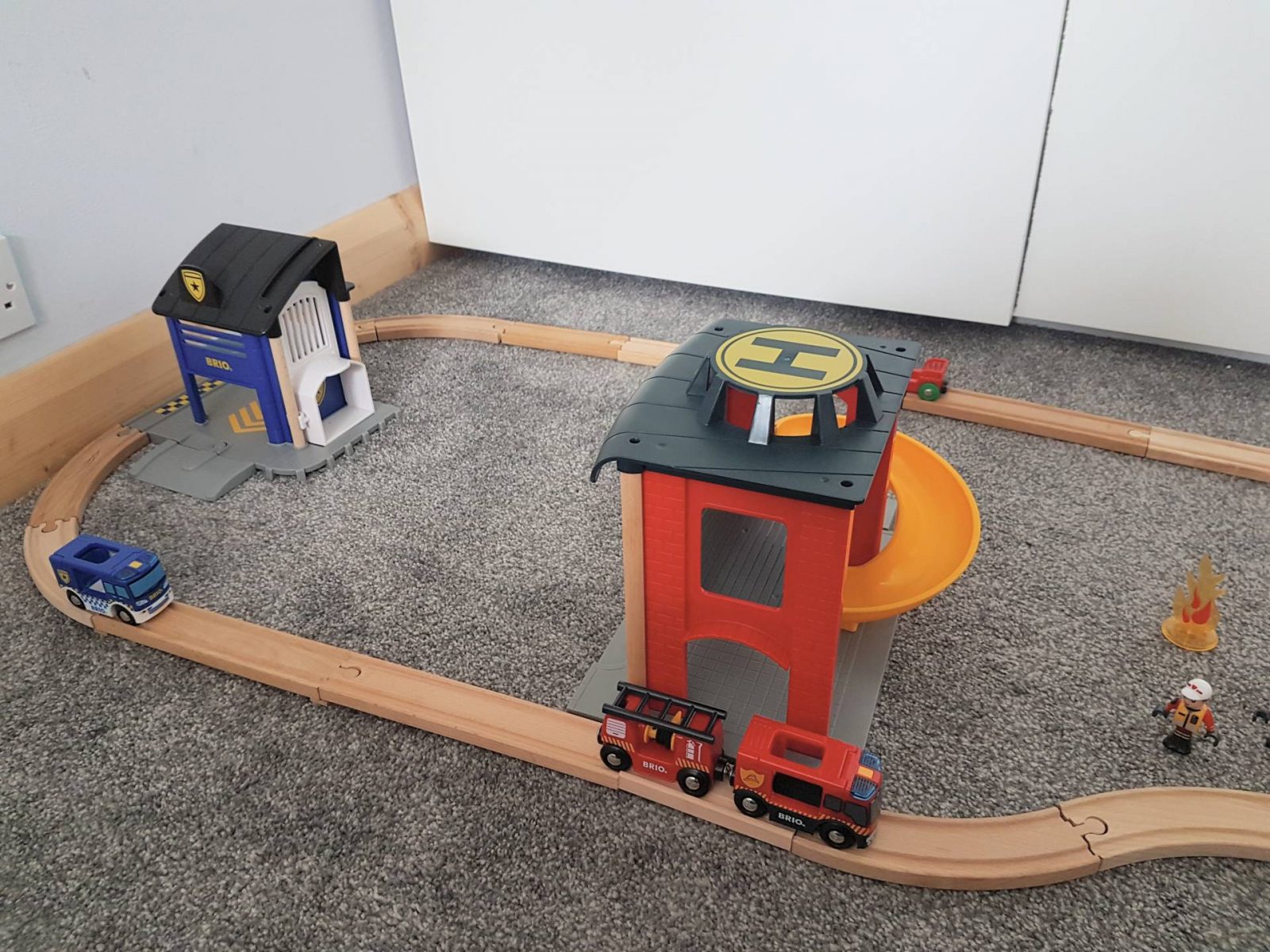 We’re all really impressed with the BRIO Fire Station. It’s strong and sturdy and looks like it’s made to last. The little man loves the figures and vehicles, especially the fire engine with flashing lights and siren. The set retails at £64.99 so does seem a little on the pricey side. However, it’s longevity and playability does mean the value for money is much better than I initially thought.